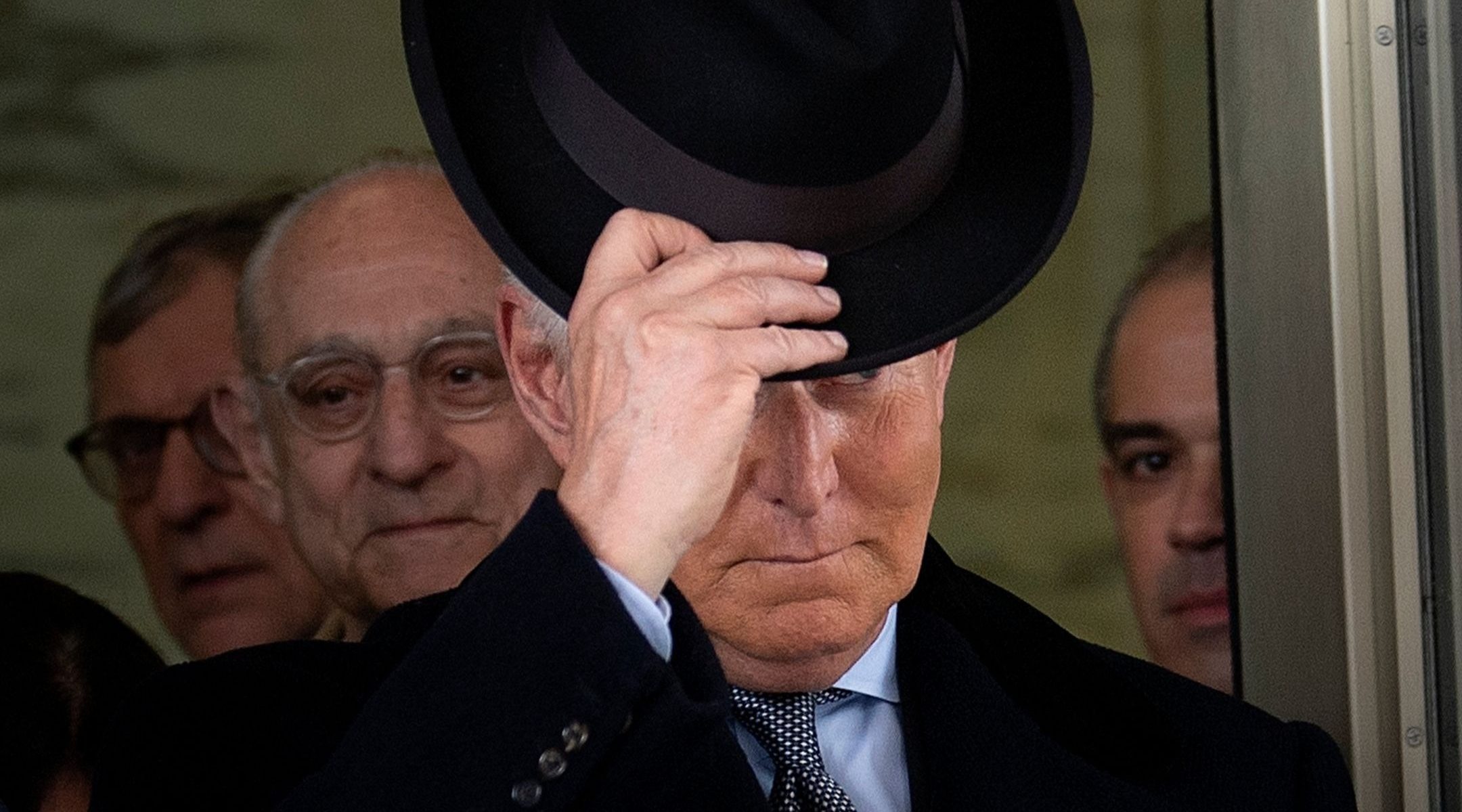 The FBI warrant, whose references to Israel were first reported by Politico, show Stone and an unnamed interlocutor discussing conversations with top officials of a foreign country that appeared to possess information that could damage Clinton. The country’s name is redacted, but contextually it appears to be Israel. At one point, the interlocutor, whose name is also redacted, sends Stone greetings from Jerusalem. On another occasion, the interlocutor reports consulting in Rome with the prime minister of a foreign country. Israeli Prime Minister Benjamin Netanyahu was reportedly in Rome at the same time.

Finally, in August 20, 2016, Jerome Corsi, a conservative political operative, tells Stone he would like to discuss “what if anything Israel plans to do in Oct.”

The warrant, which a judge approved in May, 2018, sought access to Stone’s Google accounts and was among dozens of warrants unsealed last week at the request of a number of major media outlets. Stone was convicted last year of lying to congressional investigators looking into Russian interference in the 2016 election. He is due to start his prison sentence of more than three years next month.

It’s not clear on which platform the cited conversations took place, although the warrant request notes that an earlier warrant allowed the searching of Stone’s private conversations on Twitter.

Politico reports that the unnamed interlocutor, whose name was redacted from the released warrant, is likely Ted Malloch, a financier who campaigned for Trump and who has ties to the far right. The interlocutor repeatedly frets that Trump will lose the election unless damaging intelligence against Clinton is uncovered and wants the Trump campaign to give the foreign country the nod to release information that would damage Clinton.

In June, 2016, the unnamed interlocutor reports to Stone about efforts to arrange a meeting in New York between Trump and a cabinet minister without portfolio of a redacted country who handles defense and foreign affairs. It’s not clear that the meeting happened, but the minister, through the unnamed interlocutor, sends Stone “greetings from the PM.” The FBI agent who filed the request for the warrant says this refers to the prime minister.

Tzachi Hanegbi, a close associate of Netanyahu who held a job of that description at the time, was in the United States on the same dates, Haaretz reported. Hanegbi denied to Haaretz any communication with Stone or his associates.

On June 28, the same interlocutor tells Stone, “RETURNING TO DC AFTER URGENT CONSULTATIONS WITH PM IN ROME. MUST MEET WITH YOU WED. EVE AND WITH DJ TRUMP THURSDAY IN NYC.”

The Israeli financial daily Globes reports that Netanyahu in Rome at that time. Netanyahu’s office has categorically denied to Globes that he had conversations with Stone or Stone’s associates.

On August 9, the interlocutor tells Stone, “Roger — As per PM we have one last shot before moving on. Can you deliver? History will not forgive us. TRUMP IN FREE FALL. OCTOBER SURPRISE COMING!”

On August 12, the interlocutor tells Stone, “Roger, hello from Jerusalem. Any progress? He is going to be defeated unless we intervene.”

Corsi’s question to Stone about “what if anything Israel plans to do” came just over a week later.