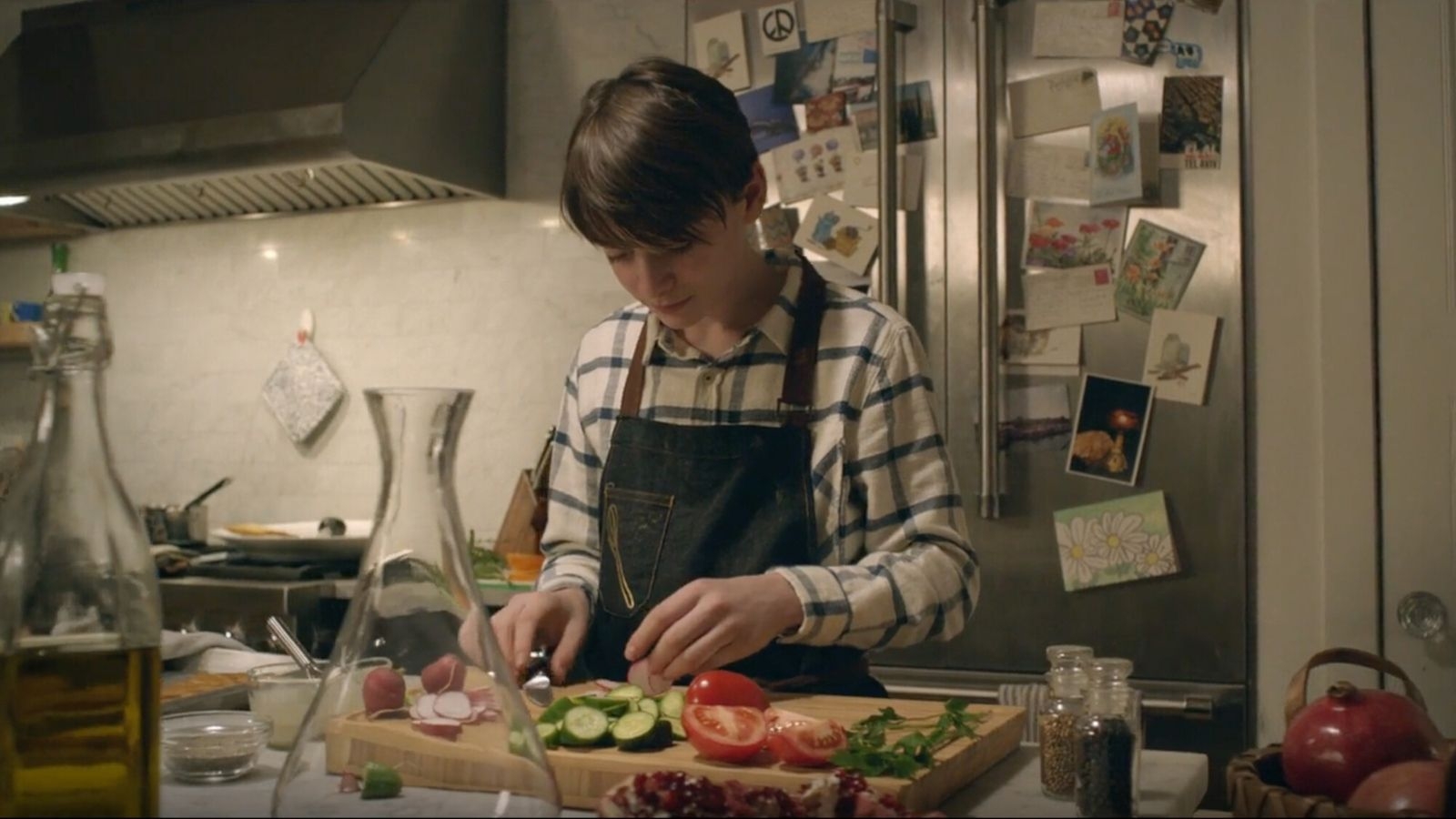 This story and recipe originally appeared on The Nosher.

To quote noted Israeli chef Yotam Ottolenghi, “Food can bring people together in a way nothing else could.” That’s the premise of the new movie “Abe,” in which the young title character tries to blend the cuisines of his mother’s Jewish family and his father’s Palestinian parents to forge a truce between these feuding branches of their family tree.

Set in Brooklyn, the story follows the 12-year-old protagonist (played by Noah Schnapp of “Stranger Things”), whose passion for cooking leads him to a street fair and to Chico (Seu Jorge), an Afro-Brazilian chef who takes him under his wing and teaches him the culinary ropes. Abe applies what he learns to get his extended family to stop fighting over Middle East politics.

Brazilian-Jewish director Fernando Grostein Andrade personally related to the crisis of identity that children of interfaith marriages, like the fictional Abe, often face. He’s the son of a Catholic father and a Jewish mother of Polish-Russian heritage, and he was raised on latkes, kasha varnishkes, and matzah ball soup. Food provides the backdrop of the film, and the recipes were chosen with just as much care as the actors and their wardrobes. In the film, historically Jewish fare is shown mixing with traditional Middle Eastern flavors, producing such hybrids as hummus tahini challah, yucca latkes, and fattoush salad with garlic matzah.

For research, Andrade and his production designer, Claudia Calabi, traveled to Israel and Palestine to interview chefs, farmers, and people at food markets, documenting it for a forthcoming documentary called Flavors that he’s editing now. He had a food stylist on set, and the use of an industrial kitchen to prepare multiples of everything. He turned to Brazilian food writer, editor, and teacher Monica Mortara to serve as his expert consultant, and she faced numerous challenges on her first film.

“Coming up with the recipes wasn’t easy. The cuisines of both cultures are closer than they might seem,” she said. “We chose the most popular dishes in those cultures and we made very daring interventions with iconic ingredients. For example, the fattoush salad, traditionally served with the pita bread, is modified and served with matzah.” Of all the movie’s recipes, Andrade pronounced it his favorite.

Each recipe was carefully concocted. Some of the dishes appear less than perfect because Abe is not a seasoned chef. The film depicts his failures as well as his triumphs. “The Thanksgiving lunch scene is Abe’s attempt at integrating both parts of his family. He uses the symbolism of Thanksgiving to support his initiative,” Mortara said. “He sets himself out to deal with family feuds with an intensity that does not give any room for perfectionism. His dishes are charmingly imperfect.”

Abe was well received at its premiere at the 2019 Sundance Film Festival, and it won the audience award at the Washington Jewish Film Festival, proof that audiences are responding to its story and culinary message. “Food has healing powers, because it activates our memories of once being fed with comfort food by our mothers when we were sick,” Andrade said. “It’s a path to connect people, and connection is crucial in order to reach understanding and agreement.”

“Abe” is available On Demand and for rent on Amazon, GooglePlay and YouTube.

Fattoush salad with matzah was one of the recipes developed for the film. Here’s the recipe.

To serve:
2 rectangles of matzah, hand-broken and lightly oven-toasted
1 cup of pomegranate seeds to drizzle

2. Separately, mix the salad ingredients and season them with the sauce.

3. Mix it well so that all the ingredients are soaked with the sauce.

4. Finalize the dish with the toasted bread, decorate it with the pomegranate seeds and serve immediately. Serves 4.