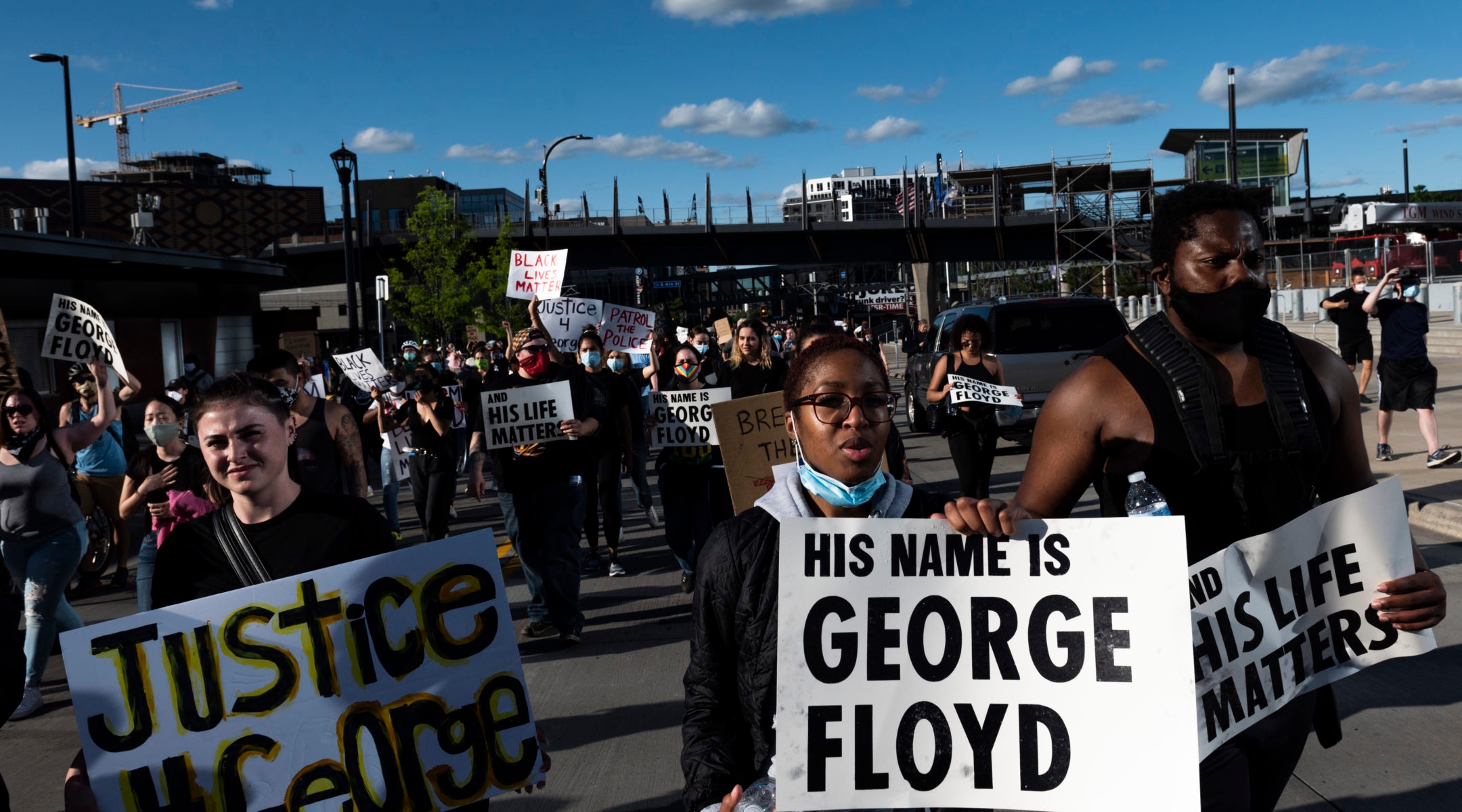 Protesters in Minneapolis demonstrate against the death in police custody of George Floyd, May 29, 2020. (Stephen Maturen/Getty Images)
Advertisement

(JTA) — Dozens of rabbis from Israel and beyond have called for a day of mourning and fasting over the killings of George Floyd, an African-American man, and Iyad el-Hallak, an autistic Palestinian man, by law enforcement.

“We declare that this Friday we will observe a Taanit. A day of mourning which is to lament over the danger of the diminishing and destruction of human morality. A fast of identification and above all, of commitment,” the co-signers of the call that appeared Friday on social networks wrote.

Among the co-signers are Orthodox rabbis such as Tyson Herberger, a longtime activist against the sale of Israeli arms to Third World countries; Rabbi Yair Silverman, founder of the Moed group that promotes what it defines as modern Jewish values; and Avidan Freedman of the Shalom Hartman Institute for Jewish education in Jerusalem.

Reform rabbis who signed the call include Rabbi Ayala Ronen Samuels, the founding rabbi of a new Reform congregation in Caesarea, Israel, and Rabbi Amy Wallk of Temple Beth El in Springfield, Illinois.

The call was titled “Moral Emergency.”

“We mourn, bow our heads in reverence and shame at the killing of two innocent people, George Floyd and Iyad el-Hallak.”

Floyd died May 25 of asphyxiation after a Minneapolis police officer pinned him down to the ground on suspicion he used a counterfeit $20 bank note. The officer has been charged with second-degree murder and manslaughter and three other officers have been charged.

El-Hallak was shot after running away from police in eastern Jerusalem. They said they thought his cellphone was a weapon.

Israel has apologized for the killing and is investigating.