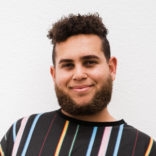 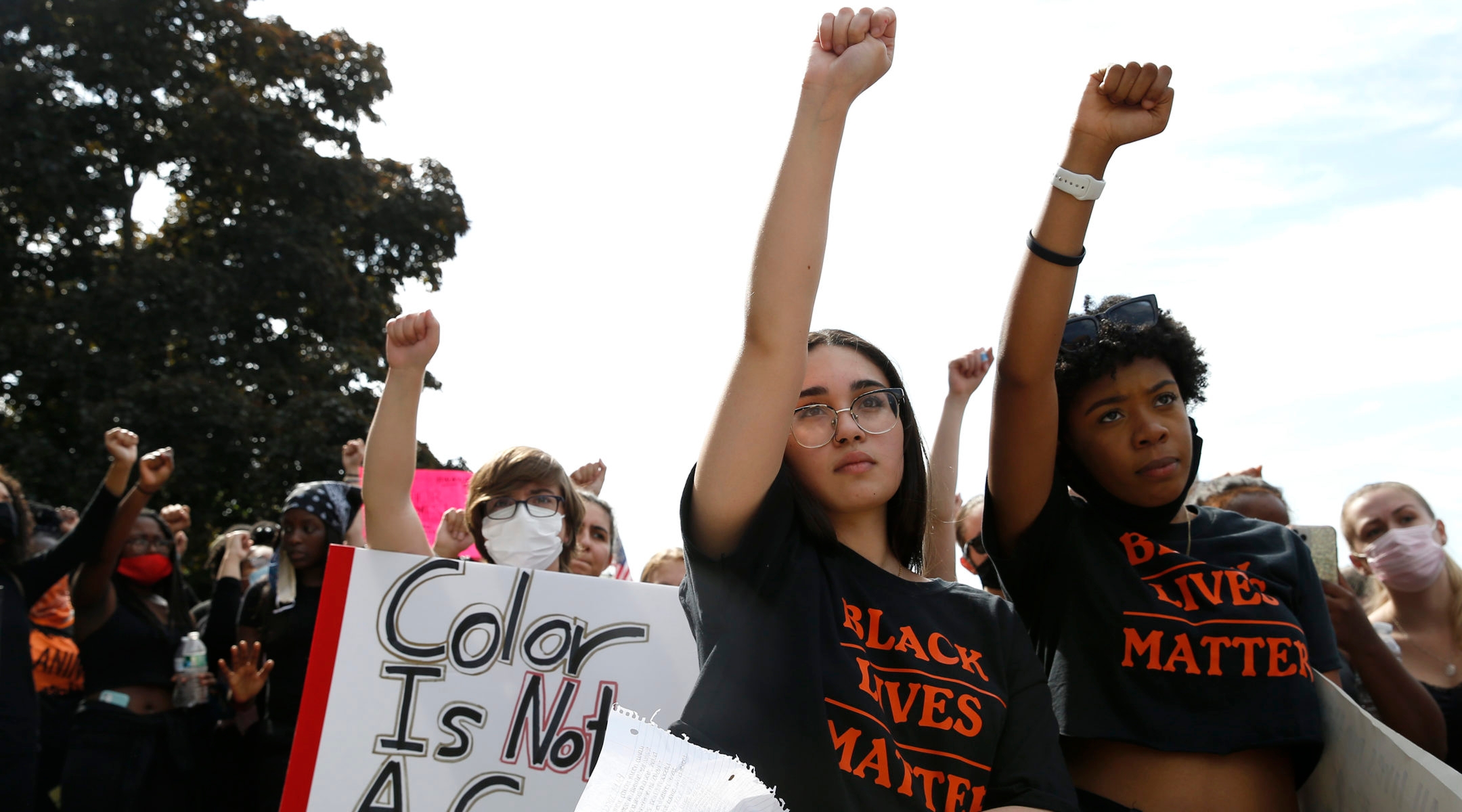 LONG BEACH, Calif. (JTA) — Over the last 10 days, when the country and world have experienced mass protests for racial justice, I’ve seen many of my friends work through how they can best be allies for Black Americans.

I appreciate that consideration, and I’ve long asked myself that question, too. How can I, as a Black-and-Jewish-and-queer-identifying person, stand up with those who are calling for action?

But at this moment, I can see that being an ally is no longer enough to support Black people. We need accomplices.

It’s great that white Jews are taking to the streets and marching alongside the Black community. But lasting change will require much more than that.

In the context of social justice work, an ally stands in support while an accomplice helps change the bigger picture. Allyship is necessary, but it is only the first step in achieving justice for all people and can easily become trite. We saw this clearly this week through #BlackoutTuesday, which began as an initiative for the music industry that quickly became conflated with the #BlackLivesMatter movement. The co-opting of this moment culminated in the literal blackout of vital information passed through hashtags and beyond. It was clear that many people demonstrated their enthusiasm to join a cause without interrogating the possible harm.

To be an accomplice means that we have to practice tikkun olam (repairing the world) without thinking of the optics for ourselves. It means that we have to do more than call or stand up to racism. We have to practice anti-racism ourselves. Rabbi Sandra Lawson said it best: being anti-racist requires “working everyday either emotionally or physically to dismantle the racism that we all have been taught since day one in the United States.”

Let me be clear. You are either racist or anti-racist. Those are the two choices. The latter meaning you are working everyday either emotionally or physically to dismantle the racisim that we all have been taught since day one in the United States.

In the introduction of his book “How to Be an Antiracist,” Ibram X. Kendi writes, “I’ve come to see that the movement from racist to antiracist is always ongoing … and beyond that it means standing ready to fight at racism’s intersections with other bigotries.”

Anti-racism calls on us to interrogate how we may perpetuate racism in ourselves, and how we actively work to dismantle it every day. Let me be clear, I do mean we.

I am Black and I am Jewish, and I am light skinned. I have siblings and an abundance of family — biological and chosen — that are darker skinned. It is my duty to wield my privilege however I can to keep them safe from the systems designed to harm them, and the systems that I have upheld. As pointed out earlier this week, we must all acknowledge our role. I, too, have work to do.

If you’re ready and willing to be an accomplice in this work, I implore you to genuinely look inward toward what you may uphold so that you can authentically dismantle it in yourself.

This can look like purchasing resources such as Kendi’s book and hosting a book club about it with your friends on Zoom. It may look like asking your organization to invest in anti-racism training for all staff, preferably led by Black facilitators. It could look like supporting bailout funds or donating to organizations focused on supporting black healing, because we don’t always need to invest in the exploitation black pain. It very well may look like urging your city to defund its police program — or your synagogue and JCC to stop using police officers for synagogue security —  and calling for reallocation of resources to community-based services such as education, housing and programming.

I understand the relationship between the Jewish community and the police is complicated, especially given the dramatic rise of anti-Semitism these past few years. I also understand the need to dismantle the policing system that was designed to harm and hunt the Black community. There are no easy answers, but I do know that ignoring police brutality is simply not an option.

There are several possible ways to become an accomplice, many of them not requiring you to leave your house. The only requirement they have is that you move into action to stand up and stand with the Black community. As someone who holds tension between these two identities, I understand hesitations to move with urgency. I also can tell you that as a Jew of color, we need more accomplices in our community, which unfortunately still does not always fully accept us or listen to our needs.

Even as Jews of color are making our voices heard in the Jewish communal field, we’re still being questioned on how many of us there are, and facing backlash for speaking up about racism and inclusion. We experience racism from all ends of our identities.

But we each have an opportunity to stop being complicit.

We need you to fight for true equality with us — for the long haul, not just the photo op.

Jordan Daniels
is a Black/Jewish/Queer writer for fashion, liberation and LGBTQ+ experiences. His work has appeared in Narratively, EJewishPhilanthropy, Wear Your Voice Magazine, and more.
The views and opinions expressed in this article are those of the author and do not necessarily reflect the views of JTA or its parent company, 70 Faces Media.