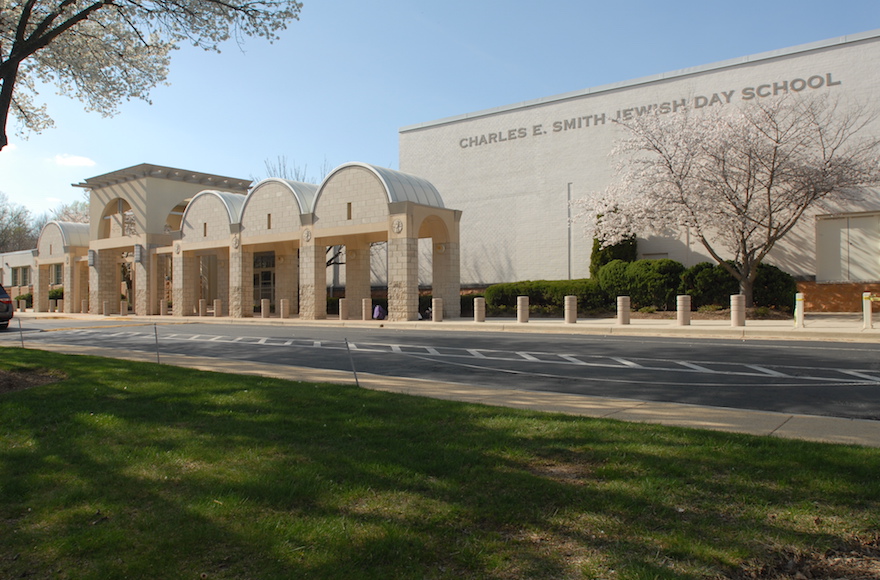 (JTA) – When Ilana Goldberg scrolled through Instagram last Tuesday, much of her feed consisted of black squares as part of an initiative called #BlackoutTuesday to honor the Black Lives Matter movement.

Then she saw a photo of student artwork posted by the Jewish Community High School of the Bay Area, her alma mater.

So she reached out to the school to let them know that the post felt out of place and asked a few other alumni to send a similar message. “I really care about JCHS as an institution,” Goldberg said. “And I just think they didn’t know what was going on.”

Goldberg’s outreach to her friends turned into a group chat which became a Google Doc. That shared document turned into an open letter calling on their school to do more to combat racism, one of several that graduates of Jewish day schools have sent in the weeks since the death of George Floyd, a black man who died at the hands of a Minneapolis police officer, sparked protests over police accountability and racism in cities across the country.

The letters press the schools to change the way they hire faculty, teach history and encourage students to engage with the world beyond their Jewish communities.

In several cases, they seem to build on lessons the schools themselves taught about tikkun olam, the Hebrew term for repairing the world, and social justice. But in other cases, the letters constitute a more significant challenge.

“We demand concrete change to the Frisch curriculum and culture,” wrote graduates of the Frisch School in Paramus, New Jersey, the Orthodox high school that counts Jared Kushner among its alums. Their letter connected their call to action to the lessons they learned from the Holocaust and the words “never again.”

The fact that graduates of day schools are pushing their schools to incorporate anti-racism education into their curriculum should be seen as a testament to the schools, said Paul Bernstein, CEO of Prizmah, a network of Jewish day schools.

“It’s quite possible that one of the places where they got that heightened sense of awareness is thanks to what they gained from their Jewish day schools,” Bernstein said. “I think it’s tremendous credit to them and the education they got that they are making this call.”

At Jewish Community High School of the Bay Area, administrators welcomed the letter.

“In a way, I was kvelling when I saw that because this is what we want from our alumni,” said Roni Ben-David, the school’s director of social justice and inclusion.

But some of the letters explicitly charged day schools with giving inadequate attention to issues of race and equity up to now.

One of two letters directed toward the Charles E. Smith Jewish Day School in Rockville, Maryland opened by accusing the school of failing to live up to its own values.

“The statement made by JDS to respond to this tragedy was an insufficient response for an institution that prides itself on Jewish values and the legacy of ‘never forget,’” the letter said, referencing a statement by the Jewish Community Relations Council that the school had signed. The statement condemned the killing of George Floyd and called for the dismantling of systemic racism but did not include the words “black lives matter” or address anti-racism education. “While JDS prepared me to be a Jew in America, it left me completely unprepared to be white in America,” the letter said.

The letter called on the school to issue a revised statement that includes “a commitment to Anti-Racism education and recognition that Black lives matter,” “prepare all students (preK-12) to recognize their own privilege,” and “uplift the full diversity of the Jewish people.”

“As JDS develops the leaders of tomorrow, it must commit to being Anti-Racist. Otherwise, the Jewish values instilled in us mean nothing,” the letter says.

The other letter organized by alumni of the Maryland school made an explicit call to make sure hiring practices were “inclusive for recruitment of BIPOC teachers and senior admin.” The Frisch letter also called on the school to do more to diversify its staff.

Alumni of Frisch called on the school to make a statement “condemning the violent treatment of Black people in America — including Black Jews — and committing to specific actions to pursue racial justice through education.” (The school held a program last week where students heard from a local black leader and where faculty members “spoke about the imperative of standing in solidarity and as allies with the Black community,” according to Jewish Link of New Jersey.)

The students called on the school to educate students about implicit bias, lift up the stories of Jews of color within the Frisch community, and incorporate black authors and history into the school’s classes.

These changes are necessary, the letter says, especially because Frisch is an Orthodox school.

“Many Frisch students encounter few, if any, people of color until after they graduate high school,” they wrote. “This is a product of our tight-knit Jewish community, which, while beautiful and supportive in many ways, means our educational institutions have a special responsibility to educate us about the world around us.”

Another petition organized by alumni of SAR Academy in Riverdale, New York, called on the school to add history classes about contemporary issues related to race and policing, include readings about the African-American experience to the curriculum, and to bring in people of color as speakers to address the student body.

“As supporters of SAR’s mission to empower students to make meaningful choices and grow into responsible citizens who embody courage, integrity, and concern, we hope we can count on you to see that anti-racist education is Jewish education,” they wrote.

In an email to parents last week, Rabbis Tully Harcsztark and Jonathan Kroll, principals of the school, explained how teachers had addressed the topic of racism in classes, looking at statements made my various Orthodox organizations and discussing with students what kind of statements they would make.

They ended with a statement of their own, referencing a moment of silence observed by the school last Thursday.

“During the silence, we paid tribute to his memory and considered our role in the steps ahead. May the memory of Mr. Floyd spur continued introspection, activism and inspiration for our students and our entire community to help imagine and create a better future, a future in which black people are treated justly and in which all human beings are seen as a tzelem elokim,” they wrote, using the Hebrew term for “in the image of God.”