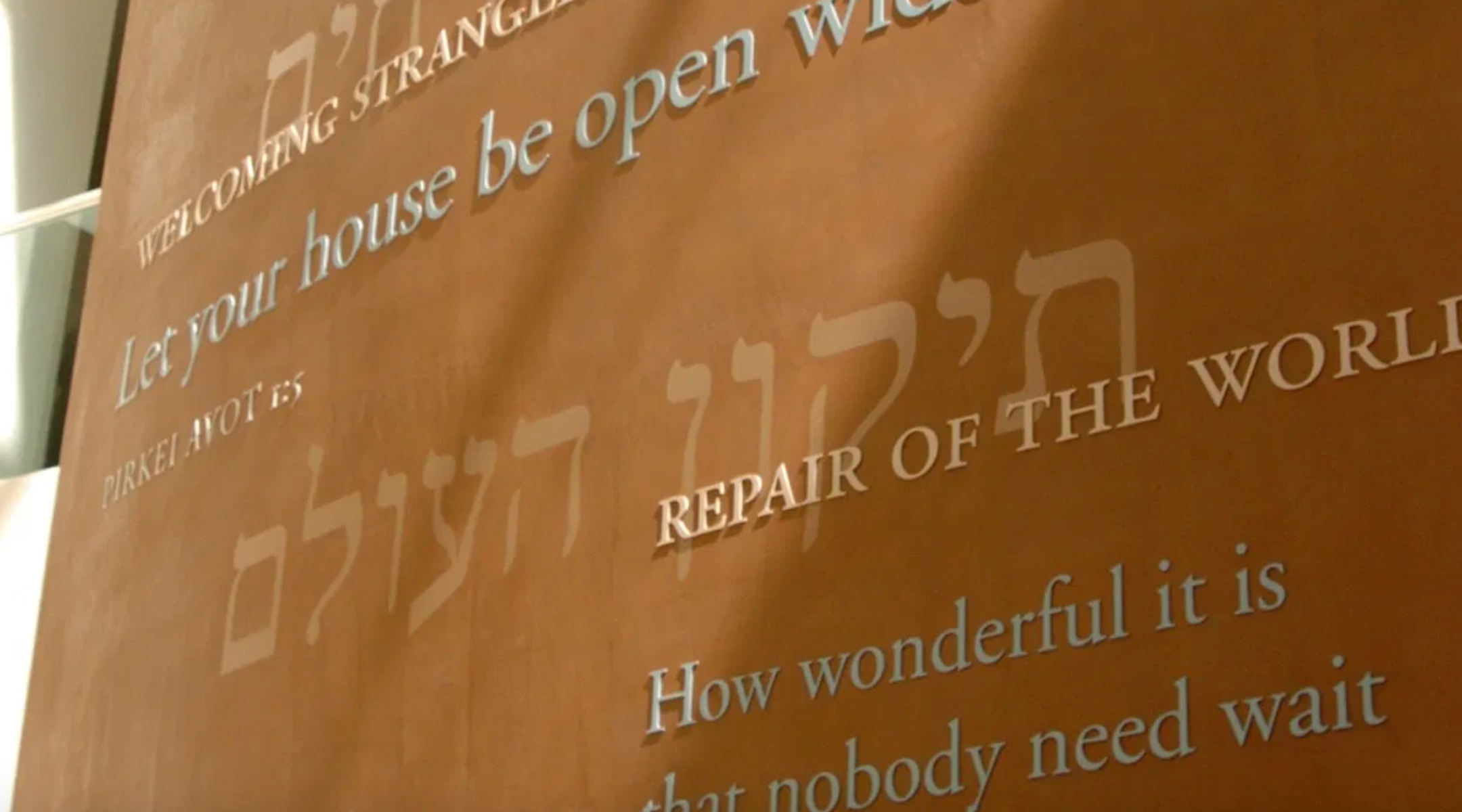 Inscriptions on the wall of the main lobby of the JCC of San Francisco. (Joyce Goldschmid)
Advertisement

(J. The Jewish News of Northern California via JTA) — In a move reflecting the economic toll of the coronavirus pandemic, the Jewish Community Center of San Francisco has announced “deep and painful cuts,” slashing next year’s fiscal year budget nearly in half and eliminating 150 staff positions, representing more than one-third of its employees.

The highest-paid employees, in senior and executive positions, will take salary cuts of 6 to 40%.

CEO Marci Glazer said of the staff, who were told the news on Monday, “Nobody was surprised, but everyone was shocked.”

According to a letter to the public released on Monday afternoon, since the JCC closed on March 13 just days ahead of the city’s mandatory shelter-in-place order, it has seen a 98 percent decline in revenue. Next year’s revenue is projected to drop by 45 percent.

“We will be a $20 million organization,” Glazer said of the JCC’s budget, which was $35 million in the  past fiscal year. The personnel cuts were necessary, she said, because payroll makes up 73 percent of the JCC’s total expenses.

The hardest-hit departments are in support services, including marketing and financial services.

The JCC is moving ahead with plans to reopen its lucrative fitness center in mid-August, when gyms are allowed to open throughout the state. Summer camp, serving some 350 kids, will start July 6. Early childhood education programs, including at two satellite preschool sites, will reopen on Aug. 24. In addition, the JCC will continue its online events and classes.

Although the JCC secured a $3.6 million loan via the federal government’s Payroll Protection Program, received a $75,000 emergency grant from the San Francisco-based Jewish Community Federation in May and raised $1 million in emergency funds on its own, it was not enough to sustain the payroll and other critical expenses.

According to the letter to the public, JCC programs and activities on indefinite hiatus include in-person clubs, lunch programs, resource fairs, excursions for older adults, drop-in care for younger children, public usage of the atrium and cafe spaces, and the gym’s swimming pool. There are no lectures or talks planned, and no performances in Kanbar Hall. Afterschool at the JCCSF will not return this academic year.

The JCC has covered medical insurance costs for employees since the March 13 closure and announced that it will extend that benefit through July.

Though the layoffs will undeniably impact the JCC’s programming and operations in the short term, Glazer said of her institution, “We are far from going out of business. We’ve been on this corner since 1932. The future isn’t going to be where we last left off,” she said. “We will take the best of what we learned about interacting from a distance.

“Luckily Jewish tradition has much to teach us about how to be an agile and scrappy community. We are hardwired to be connected to people.”