‘Defiance’ is the best heroic Jews vs. Nazis inspiration that Netflix has to offer 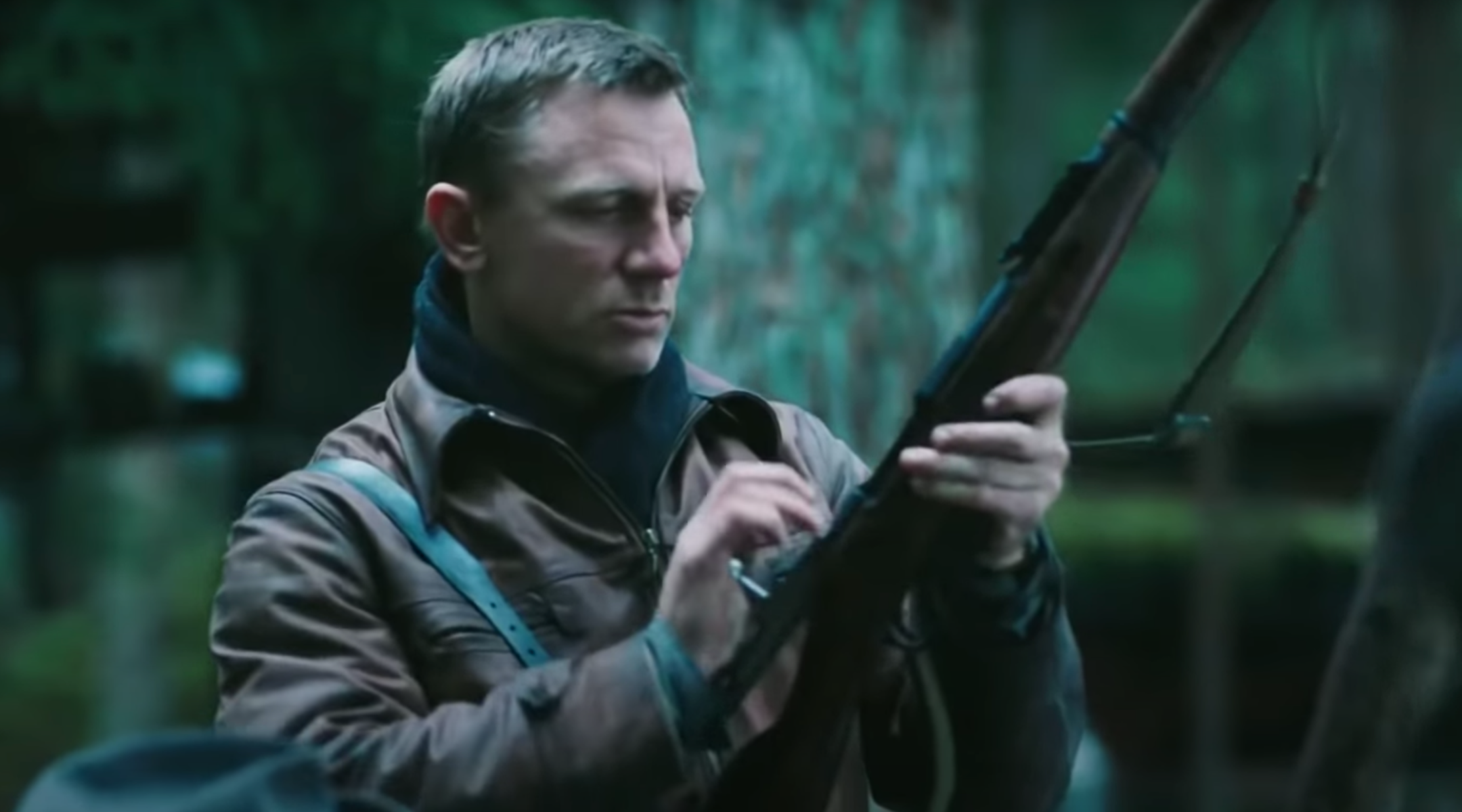 Daniel Craig as a Jew with a gun in "Defiance." (Screen shot from YouTube)
Advertisement

Social distancing and staying inside is hard. Thankfully, accessing good things to watch during this time is not. This is the 12th installation of a weekly column on Jewish movies and TV shows that you should stream in quarantine.

(JTA) — The mid-to-late aughts saw a run of films that featured Jewish characters, for lack of a better description, kicking ass.

In 2005, there was Steven Spielberg’s “Munich,” about the Israeli government’s plot to get vengeance for the 1972 Olympics terrorist killings. It was famously the subject of a monologue by Seth Rogen in “Knocked Up,” about how “every movie with Jews, we’re the ones getting killed — Munich flips it on its ear.”

There was also “You Don’t Mess With the Zohan” in 2008, Adam Sandler’s cheeky Mossad agent comedy, and “Inglourious Basterds” in 2009, Quentin Tarantino’s revisionist history caper involving lots of blood and Jews blowing up Hitler.

In between those last two films came 2008’s “Defiance,” another film featuring Jewish survival, which also at times entailed violence against Nazis. It’s an inspirational watch during these tough times, and it’s available to stream on Netflix.

“Defiance,” directed by veteran Jewish filmmaker Edward Zwick, was a different kind of Holocaust film. At one point, a Soviet soldier says to the protagonist Tuvia Bielski (played by the non-Jewish Daniel Craig): “But Jews do not fight.”

“These Jews do,” he replies.

The film told the story of the Bielski partisans, a Jewish group that spent much of World War II fighting the Nazis, rescuing surviving Jews and sheltering them in the Naliboki forest, in what is now Belarus. They also raided area farms for food. In the process, they killed quite a few Nazis.

By the end of the war, the Bielskis’ community consisted of more than a thousand people. Similarly to the finale of “Schindler’s List,” “Defiance” ends with text telling the viewer that the descendants of those who survived the Bielskis’ camp today number in the tens of thousands.

The movie, which Zwick co-wrote with Clayton Frohman, was adapted from “Defiance: The Bielski Partisans,” Nechama Tec’s nonfiction book from 1993. The film was released on New Year’s Eve in 2008 to qualify for awards consideration, before rolling out wide in early 2009.

It’s a story of triumph among a great deal of tragedy. Characters are frequently given the news that loved ones have died, while there’s also a great deal of bickering and even physical fighting among the brothers and others in the camp. The partisans also reference their biblical forebears.

“To you, this is not a gun,” Asael (Bell) says at one point. “To you, it is Bar Kochba’s spear. It is Samson’s jawbone. It is Ehud’s sword. It is the slingshot young David used to bring down the monster Goliath.”

At one point, footage of a Jewish wedding celebration is intercut with that of a firefight, a much better execution of a similar idea that Spielberg used at the end of “Munich.”

The Bielskis are mostly played by non-Jewish actors; of the four, only Liev Schrieber — whose mother is Jewish — has any Jewish ancestry. Another ironic aspect of the “Jews kicking ass” subgenre was that both “Defiance” and “Munich” cast Daniel Craig, who is not exactly the most intuitive choice to play a Jewish character.

“He joked about that, actually, during the film,” Zwick, the director of “Defiance,” said in an interview last year. “The funny thing about Daniel [is], Daniel’s father was a Tommy in World War II, in the British Army, and was involved in the liberation of Bergen-Belsen. So he might have had a particular affinity for it.”

“Defiance” wasn’t a big critical or box office hit. The film’s lone Academy Award nomination was for James Newton Howard’s original score, which was also recognized by the Golden Globes. But it has endured as a compelling and exciting story of historical Jewish heroism.

While Tarantino took flack for depicting Jews as brutal, R-rated killers, “Defiance” is remembered as a kind of foil to “Inglourious Basterds” — the “realistic” Jews-killing-Nazis movie, one that stuck much closer to actual history, while also adding an element of familial dynamics and biblical inspiration.

But if you’re also just in the mood for some guilt-free footage of Jews shooting back at their oppressors while in quarantine, Netflix is waiting.