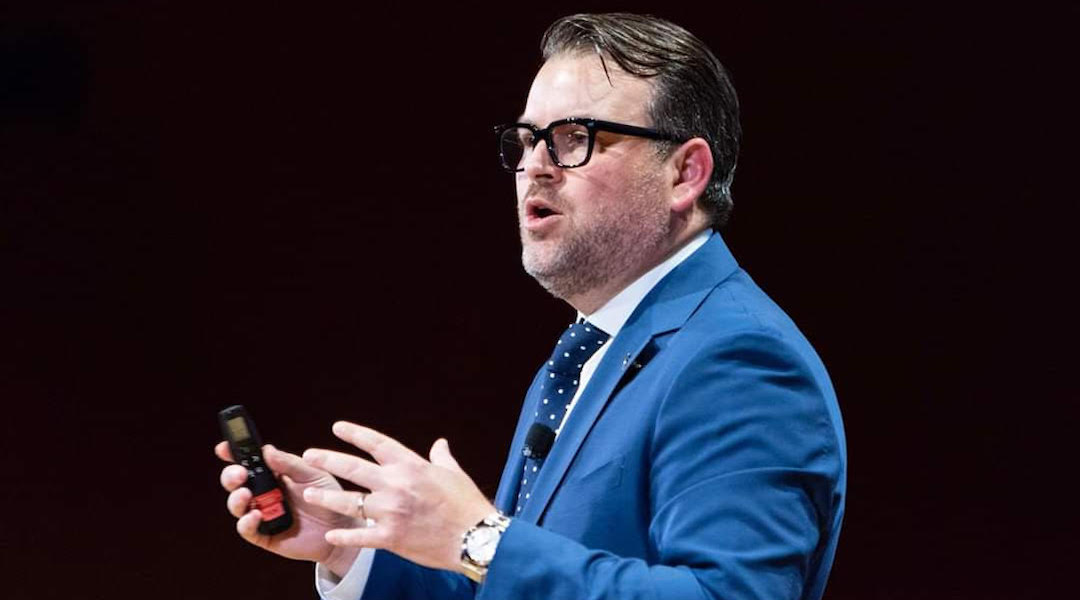 (JTA) — Evan Bernstein has a message for American Jews: The golden age is over. It’s time to protect ourselves. And that starts in college.

Bernstein is the new CEO of the Community Security Service, a New York-based organization that trains volunteers to protect their own synagogues. He believes that American Jews face the most urgent physical threat in generations and U.S. synagogues need to look more like their counterparts in Europe, almost all of which have physical security of some kind guarding the door.

Jews also must begin to think about security from a much younger age, he says.

“We need to be working more with college students,” he said. “If you do look in Europe, whether they’re local or not local, it’s ingrained in the culture that you have to as a young person be involved in your security and that you’re not going to fully rely on law enforcement or private security.”

Bernstein comes to the Community Security Service job at a time when American Jews face the highest recorded levels of anti-Semitism in at least 40 years — and as Americans as a whole are reexamining the role of police in society. He was formerly a vice president at the Anti-Defamation League, which acts as both a civil-rights group and advises Jewish institutions on security.

While Bernstein says he had his feet in both sides of the organization, the lethal attacks on Jews in Pittsburgh, Poway, Jersey City and elsewhere convinced him that the Jewish community must focus on defending itself in a way it hasn’t since the Holocaust.

He came to that realization while praying in Jersey City in December following the deadly shooting in a kosher supermarket there. A few weeks later he went through a similar experience following the fatal stabbing at a rabbi’s house in Monsey, New York.

“We had this amazing opportunity after the Holocaust where we weren’t experiencing these levels of hatred, but I think there has been a sea change,” Bernstein said. “We as Americans need to be aware, and it’s sad. It’s sad that you have to start thinking about security in this way. It’s sad that we’re going to have to ramp up how we think about security in our institutions, but it’s incredibly necessary. The world has changed.”

Community Security Service, or CSS, has worked with 100 synagogues nationwide and trained volunteer security teams at approximately 75 of them. The teams are trained to patrol their synagogues, spot suspicious behavior and guide the synagogue should an attack happen. The group has trained 4,700 volunteers and has seen an influx of funds recently from the UJA-Federation of New York and several private donors and foundations. Its budget this year is around $1 million, more than double that of recent years.

CSS is not the only national group working on synagogue security. The Secure Community Network coordinates security across Jewish institutions nationwide and helps local Jewish communities hire security coordinators. And the ADL also provides security resources to Jewish institutions. But CSS is most focused on training rank-and-file synagogue members to take charge of their own security rather than relying entirely on outside professionals.

Some synagogues already are moving in this direction, conducting active shooter drills or seeking armed protection from their own members. Some have invested in hardening their facilities, reinforcing windows and making entrances more secure.

CSS does not discuss tactical operations, including the use of weapons. But Bernstein says that if a congregation does decide that it wants armed protection, it must approach the issue with care.

The question of how to secure a synagogue has become even more sensitive in recent weeks as nationwide protests against systemic racism and police brutality have led Jewish institutions to reexamine their relationships with police — and how those relationships may make Jews of color feel unwelcome. Bernstein says that a relationship with law enforcement is a must for synagogues, but that having volunteers from the community lead security efforts could mean a friendlier face at the door for everyone who enters.

“Our teams on the ground around the country have intimate relationships with their local law enforcement because if, God forbid, something happens, they need to know who to call. And so that relationship is critical,” he said. “But there needs to be a keen understanding and awareness of that history and how Jews of color may perceive law enforcement.”

Bernstein’s goal is to have congregants rely more on themselves for protection rather than just look to the police. That means hiring more CSS staff to train volunteers — the organization has only four full-time employees — and lowering the barrier to entry for taking advantage of its offerings. Right now, the group’s initial training takes days. Bernstein wants the first step to be an introductory seminar on the basic principles of thinking about security.

And he wants the training to happen not just at synagogues but at Hillels and Chabad houses on campus. Bernstein says that many Hillels already have paid security, so he sees getting students involved themselves as a natural step — though he clarifies that it wouldn’t necessarily mean every student would sign up to guard the front door.