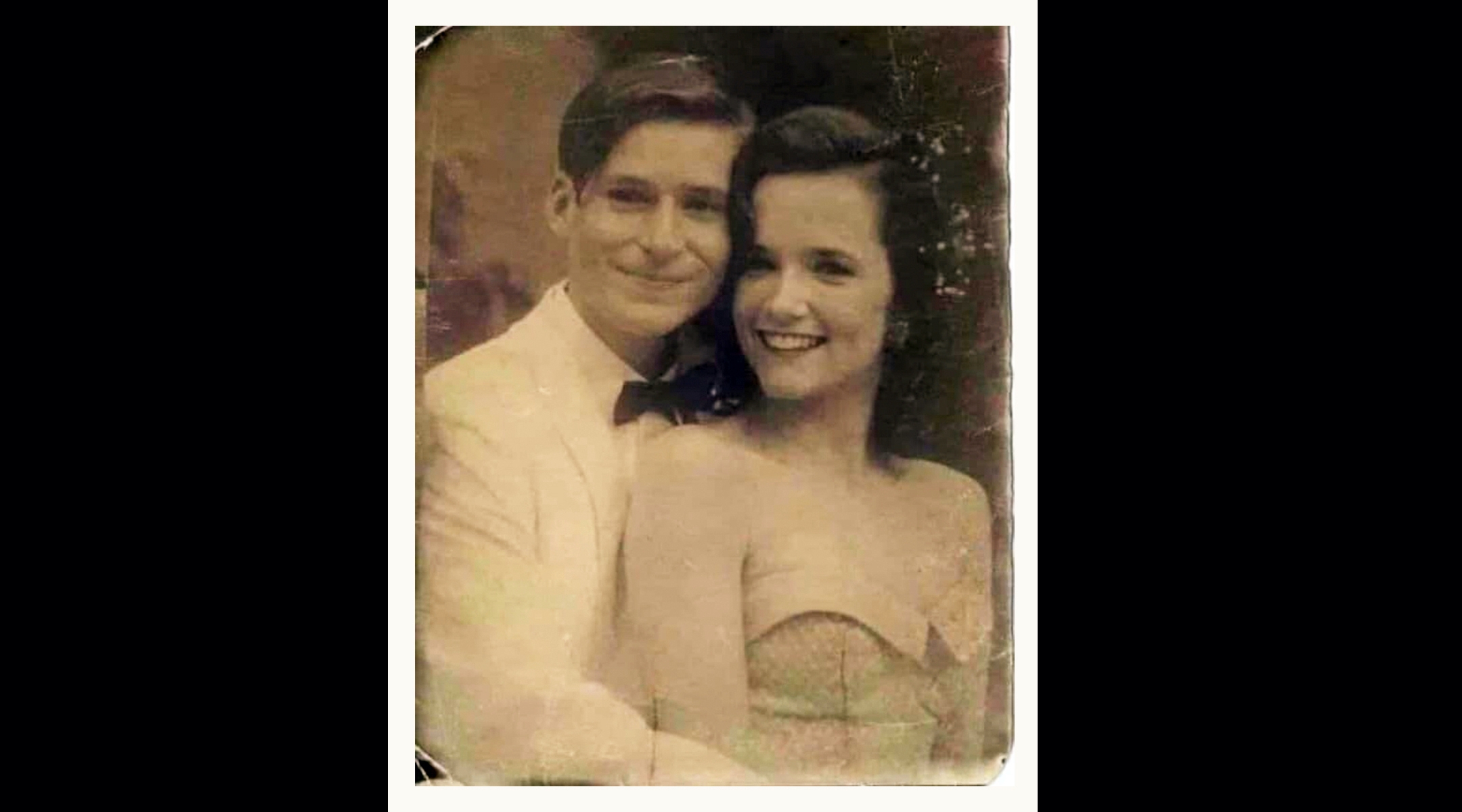 A doctored picture of Hollywood actors Crispin Glover and Lea Thompson from "Back to the Future," which a Facebook pranker claimed was of an unidentified couple from 1950s Tel Aviv. (Courtesy of Ariel Plavnik)
Advertisement

(JTA) — Last week, thousands of Jews in Israel and beyond responded to a plea for help in identifying a couple pictured in a yellowing photograph from 1955.

“Everyone, I need help. I found this picture on a Tel Aviv street,” Ariel Plavnik, a 43-year-old tourism salesperson from Kfar Saba, Israel, wrote in Hebrew and Spanish in a Facebook post with the photograph. “I want to return this old, beautiful photograph. If you share it, maybe we can find the owners! Thanks to all.”

More than 7,000 people shared the photograph, a portrait whose many blemishes do little to dim the radiant smile and beauty of the young woman in it. She leans against a man with confident eyes, his cheek pressed to hers.

Perhaps demonstrating world Jewry’s preoccupation with genealogy, several Jewish Facebook groups devoted to the subject posted the picture on their pages. So did my aunt, a 64-year-old teacher from Israel who takes high school students on tours of former death camps in Poland.

It was a good thing she did because I was able to identify almost immediately the mystery photo subjects. I doubt they’ll care much, though — the couple are the actors who portrayed the parents of Marty McFly, a character from the 1980s sci-fi comedy trilogy “Back to the Future.”

Plavnik, who immigrated from his native Argentina about 20 years ago, sounded a bit sheepish when I tracked him down to ask about the hoax, which he prepared by editing the image from the first movie in the series to look like it had been aged.

“Listen, I really only wanted to make my Facebook friends laugh, but then it got shared like crazy because all of these genealogy groups and it sort of took on a life of its own,” he said.

The joke works, he said, especially because “Back to the Future” is about time travel, “which is kind of what happened with the photo.”

The people who shared or commented on the photo had various ideas about it. One said he believed the man (who is actually the actor Crispin Glover, with Lea Thompson playing his wife) displays a family resemblance to Dan Kaner, a television presenter from Israel. Another gave a positive identification, declaring the mystery solved: Pictured are Nechama and Moshe McFleishman, dear friends of his uncle. Others who got the joke suggested that Plavnik get in touch with Michael J. Fox, the actor who played the film’s lead character.

To date, 7,700 people have shared it — including in posts revealing it’s a hoax.

That’s probably a fair assessment in a country where many of its Jewish residents either lost relatives in the Holocaust or had family uprooted hurriedly from Arab countries.

Israel had several radio programs devoted to helping Holocaust survivors reunite with relatives who might have survived. Until 2002, the Jewish Agency had a department focused on this mission. Israel also had a periodical, Lakrov VelaRachok, which in its 73 issues printed the names of 180,000 survivors looking for family. The Jewish Telegraphic Agency’s Seeking Kin column in the 2010s also aimed to help reunite long-lost friends and relatives, often with Israeli ties.

For Israelis my aunt’s age, the experience of listening each week to the radio programs for locating lost relatives was a pastime. Their parents would tune in religiously.

The subject is reflected in Israeli literature and cinema, including in David Grossman’s book “Mumik,” where a boy is entrusted with listening to a relatives search program for his parents, and “Alex is Madly in Love,” a classic romantic comedy film from 1986 about Israel in the 1950s.

Facebook came decades after those early attempts at reunifying family members against the odds, but even today, it’s also bringing together Jews who became separated from one another by the Holocaust, the Iron Curtain or other 20th-century tragedies.

It happened only last year to Morris Sana and Simon Mairowitz, Holocaust survivors in their 80s who were living in the United States and the United Kingdom, respectively. Each thought the other had perished until their families reconnected on Facebook.

My aunt, who was born in Poland, reminded me of that story when I told her that she had been tricked. She didn’t mind sharing Plavnik’s joke.

“You have to share these requests and send the proverbial message in a bottle,” she said, “even if you think it’s useless.”