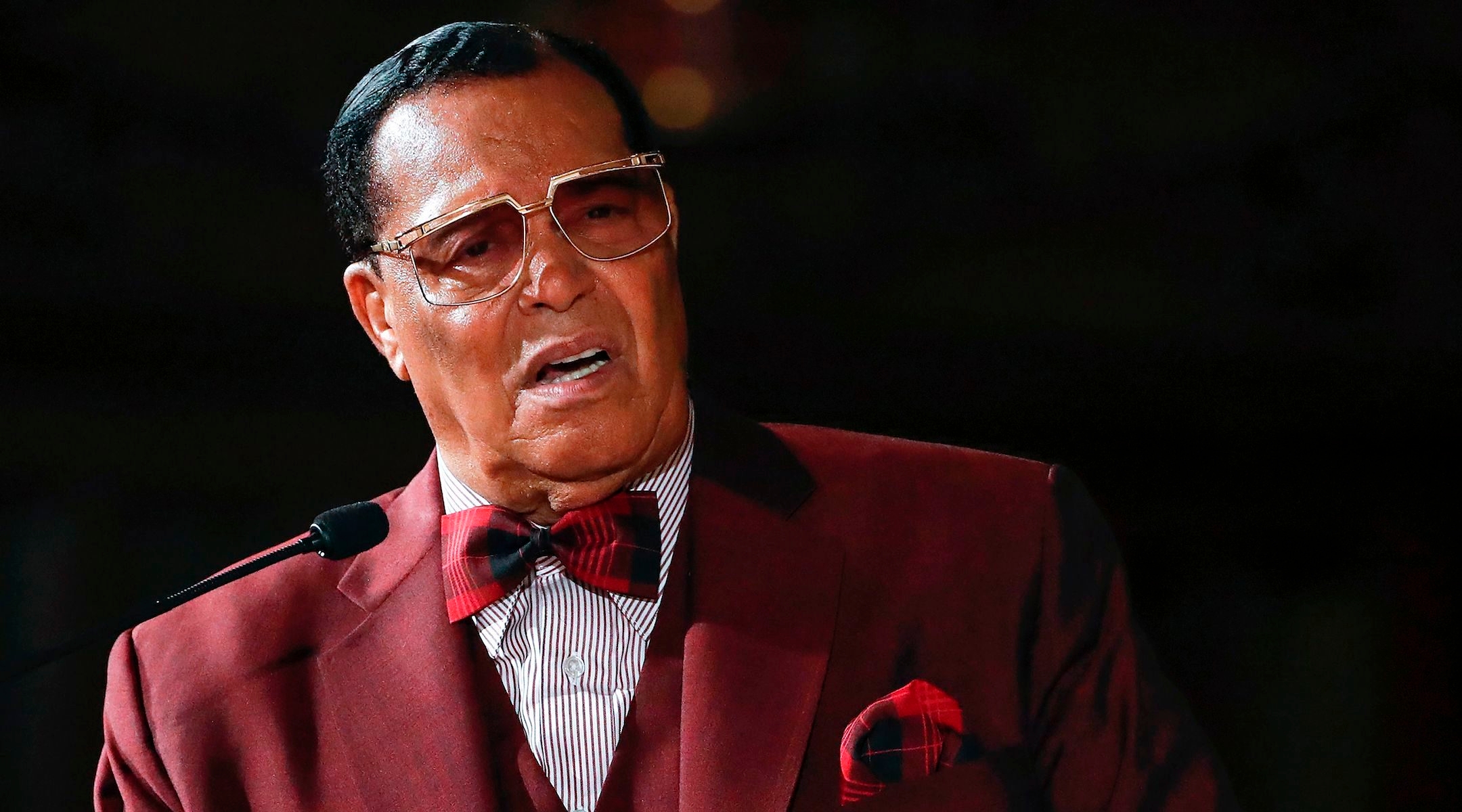 Louis Farrakhan speaks about his ousting from Facebook at St. Sabina Catholic Church in Chicago, May 9, 2019. (Kamil Krzaczynski/AFP via Getty Images)
Advertisement

(JTA) — On Thursday, a Twitter account representing a network called Fox Soul TV announced that it would be broadcasting a speech by  Nation of Islam leader Louis Farrakhan on July 4.

Farrakhan is a longtime, vehement anti-Semite.

The Fox Soul tweet was circulated over the weekend, then denounced by several public figures on Monday, including CNN anchor Jake Tapper.

By Monday afternoon, the Fox Soul tweet was deleted. Later in the day, Fox Soul announced in another tweet that it would not be airing the Farrakhan speech and instead would broadcast a program featuring speeches from Black leaders throughout American history. It did not say anything further about the programming change.

Through it all, many who followed the story wondered: What is Fox Soul?

It’s a streaming TV channel launched earlier this year by 20th Century Fox focused on reaching Black Americans. It airs new programs every evening and has approximately 41,000 followers on Facebook, 70,000 on Instagram and fewer than 2,000 on Twitter.

“The programs aim to celebrate Black culture and deal with real topics that impact the everyday lives of the Black community through frank and insightful dialogue with local and national influencers,” according to the network’s tweet Monday.

Farrakhan has been discussed at least one other time this month on the channel. During a June 2 panel, R&B singer-songwriter Syleena Johnson called him “one of the most prolific and prominent leaders in my life.”

“To me, I hope that Minister Farrakhan is able to make an impact because in my eyes, this is my personal experience, he has been the only one who has organized black men and has promoted black men in such a singular way,” Johnson said. “He has focused on us much like Malcolm X. We need a Minister Farrakhan right now.”

Farrakhan, who has led the Nation of Islam, a Black Muslim group, since 1977, has a long history of anti-Semitic comments. He has praised Adolf Hitler, repeated longtime stereotypes about Jewish control and manipulation, referred to Jews as “termites” and repeatedly denounced what he calls the “Synagogue of Satan.” He was banned from Facebook last year for his hate speech and was un-verified on Twitter, where he has tweeted only once since 2019.

The Nation of Islam will be livestreaming his speech on its website. According to the preview video, the speech appears to focus on the historical sins of the United States in killing Native Americans and enslaving Black people, and the “unraveling of this great nation.”

The cover image for the video, a photo illustration, shows Farrakhan in front of two groups of people.  One of them is of three world leaders: President Donald Trump, British Prime Minister Boris Johnson and Benjamin Netanyahu, the Israeli prime minister.