Farrakhan speaks of ‘satanic Jews’ in talk at Catholic church 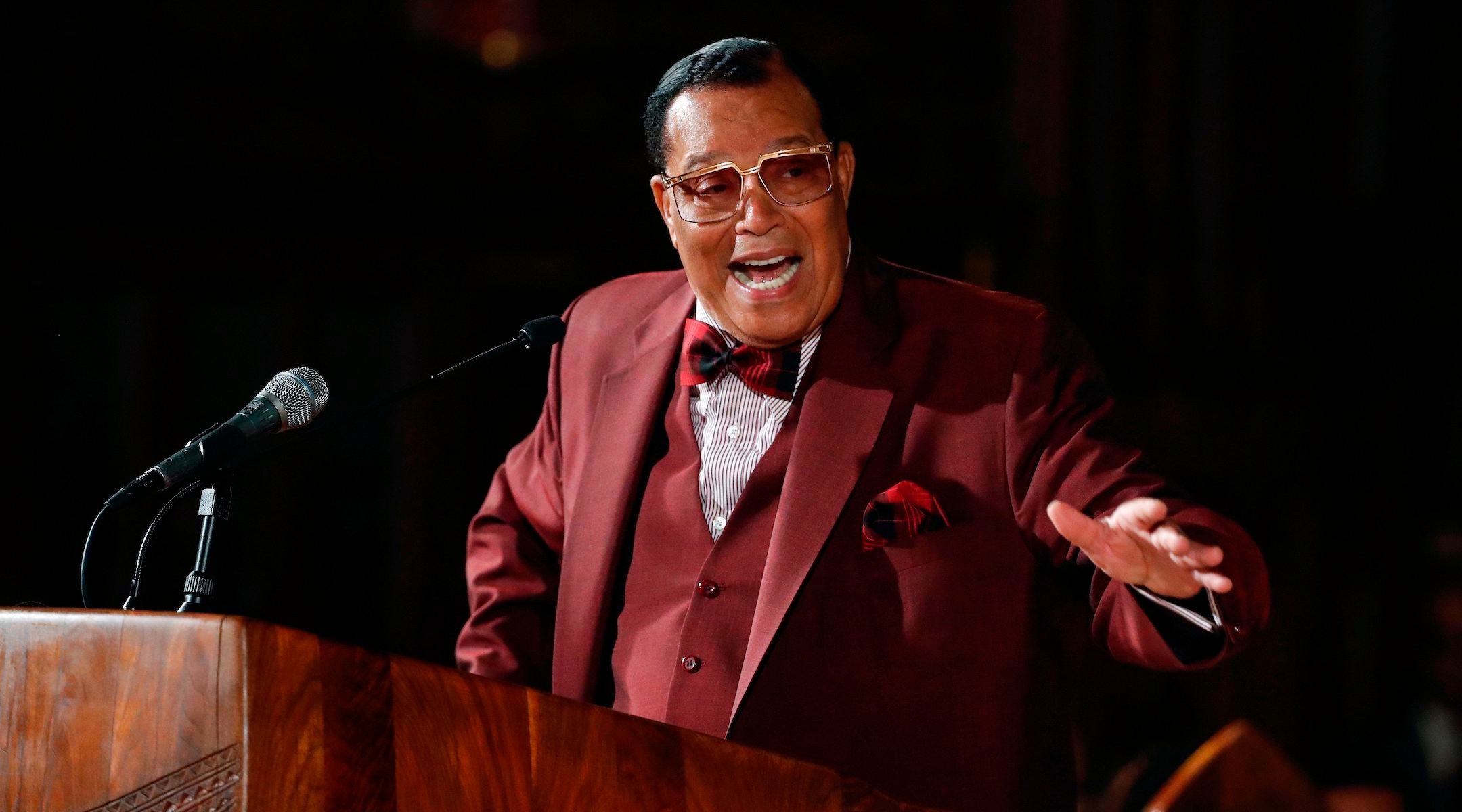 (JTA) — Louis Farrakhan punctuated a speech at a Chicago church Thursday with denials that he was anti-Semitic and an assertion that he was “here to separate the good Jews from the satanic Jews.”

The longtime leader of the Chicago-based Nation of Islam spoke at the St. Sabina Cahtolic Church at the invitation of the Rev. Michael Pfleger, after Farrakhan was banned last week from Facebook along with other purveyors of hate and conspiracy theories.

“I used that platform [Facebook] with respect,” Farrakhan told the crowd, according to the Chicago Tribune. “I have not said one word of hate. I do not hate Jewish people. Not one that is with me has ever committed a crime against the Jewish people, black people, white people, no matter what your color is. As long as you don’t attack us, we don’t bother you.”

The Tribune noted that minutes before, Farrakhan spoke about how some are angry with him because “he exposed their hatred of Jesus in the Talmud” and said he was “here to separate the good Jews from the satanic Jews.”

Farrakhan’s speech was met with “standing ovations, claps and promises to post their own reports of the evening on social media,” according to The Tribune.

On Thursday Illinois Holocaust Museum officials spoke out against Pfleger for inviting Farrakhan.

“What we don’t want to see is hatred being given a platform,” said Susan Abrams, the museum’s CEO, at a news conference.

Pfleger responded in a statement that he was a “defender of free speech. Too many people struggled and died for the right of free speech and I will continue to struggle to preserve it.”

Farrakhan also defended his past remarks condemning homosexuality and urging women to abandon their careers for homemaking.

He continued, “I’m not a misogynist. I’m not a homophobe. Don’t be angry with me if I stand up on God’s word.”

The Archdiocese of Chicago distanced itself from Pfleger’s decision to invite Farrakhan.

“There is no place in American life for discriminatory rhetoric of any kind,” the archdiocese said in a statement. “At a time when hate crimes are on the rise, when religious believers are murdered in their places of worship, we cannot countenance any speech that dehumanizes persons on the basis of ethnicity, religious belief, economic status or country of origin.”