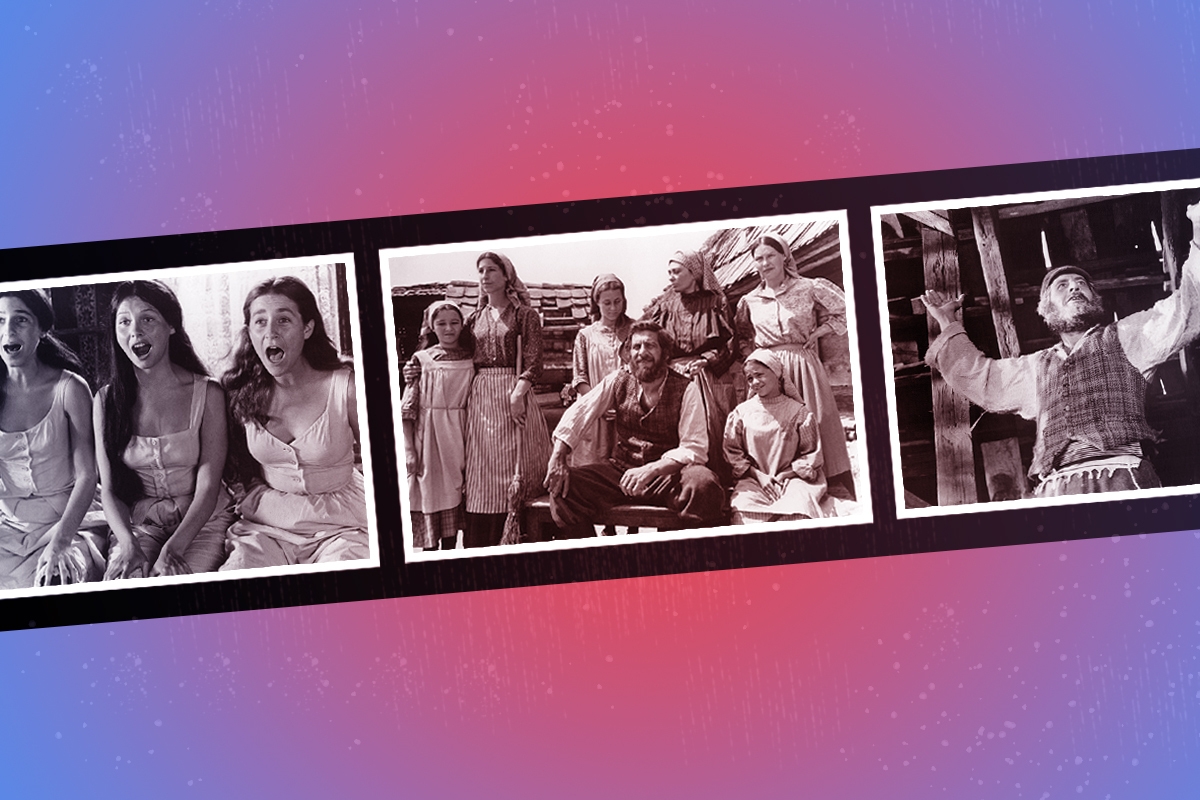 Hey, did you hear? There is a new “Fiddler on the Roof” movie in the works!

Listen, it’s nothing personal. The team putting it together sounds stellar. Tommy Kail (of “Hamilton” fame) and Steven Levenson (who wrote “Dear Evan Hansen”) are on board, and they are some of the best talent working in American theater.

But is this really necessary?

Look, I get it: Nostalgia sells, and there is intense nostalgia around classic movie musicals like “Fiddler.” The current movie-musical landscape is evidence of studio preference for the familiar. Whether it’s all the live-action Disney remakes, “A Star Is Born,” “Cats” (shudder), or the forthcoming “West Side Story,” studios like betting on nostalgia.

In theory, a remake might be able to improve upon the original film. Some of the recent remakes have certainly attempted that, whether by rewriting racist lyrics (Disney’s “Aladdin”) or ensuring the cast is not another whitewash (“West Side Story”). These changes, however, aren’t really enough to fix the structural racism and other limitations of these shows. All that studio cash would still be better spent on something entirely new.

But when it comes to “Fiddler on the Roof,” one question remains: How do you conceivably improve on the 1971 film? The casting doesn’t get more authentic. The majority of the Jewish characters are played by Jewish actors with a wide range of backgrounds within the Ashkenazic experience.

Of course, there is Chaim Topol, who played Tevye not only in the film but in multiple Israeli, American and British productions of the show, becoming for most the definitive Tevye. There are first- and second-generation American Jews. There are Israelis. There’s even a Norwegian Jew! The actor who played the rabbi, Zvee Scooler, was born in the Pale of Settlement in 1899. Molly Picon, who played Yente, was a legend of Yiddish theater and film.

While there are of course many fantastic Jewish actors now, ones with such close ties to the sources and influences of the show no longer exist.

Besides, I don’t think I’m alone in being fatigued by “Fiddler.” If you’re a Jew with any musical theater exposure, chances are you’ve seen the movie several (hundred) times. Chances are you have seen a staged production, or several. Perhaps one of the five Broadway revivals, the four West End revivals, the recent Yiddish adaptation Off-Broadway, or the countless international, local, regional and high school productions of the show put on every year.

Given that the original is an excellent movie with a virtually irreplaceable cast, and there’s something of a cultural oversaturation of “Fiddler,” could we please consider adapting something else? I have suggestions!

Want to make a movie about another Jewish family facing down the tides of modernity? Then maybe adapt the musical “Falsettos.”

Set in late 1970s and early ’80s New York City, “Falsettos” follows an unconventional Jewish family trying to maintain their closeness against the backdrop of Reaganism and the AIDS epidemic. The show handles Judaism, gender roles and family conflict with humor and heart. It asks many of the same questions asked by “Fiddler” about how a family is supposed to cope with a shifting way of life, only with less bottle-dancing and more baseball.

Want to make a film that draws on a piece of classic Yiddish literature? Then adapt “Indecent.”

The Tony Award winner is a play about a play. Specifically, “Indecent” follows the true story of Yiddish writer Sholem Asch’s “God of Vengeance,” which was a success when it toured interwar Europe but shut down when it reached Broadway for featuring a love scene between two women — the first same-sex romantic kiss on a Broadway stage. The show upends one conceit of “Fiddler,” that “the old country” can be summed up with shtetl kitsch and Cossacks.

“Indecent” is a gorgeous piece that challenges the dominant narrative about the purpose and character of Yiddish storytelling, and deserves a quality film adaptation.

Want to adapt a show that has the form and style of a classic musical? Then maybe consider the 1998 musical “Parade,” with music and lyrics by Jason Robert Brown (“The Last Five Years,” “Songs for a New World”). Based on the infamous 1913 murder of Mary Phagan and the subsequent lynching of the falsely convicted Leo Frank, this is a weighty show that tackles racism, anti-Semitism and the danger of memorializing the Confederacy.

“Parade” deliberately evokes classic movie musicals in style and form while subverting the tropes. It’s a powerful and unfortunately relevant show, and would translate well to film.

I could go on. The National Yiddish Theatre Folksbiene, the oldest continually operating Yiddish theater company in the world, regularly revives forgotten Yiddish plays and musicals and proves their capacity to be exciting and interesting to modern audiences. There are Israeli musicals, like “Kazablan” and “Tipat Mazal,” which focus on the experiences of Mizrahi Jews. Those could use a revamp, and as the recent success of “The Band’s Visit” on Broadway suggests, Israeli movies adapted into American musicals have lots of potential for success.

If that’s still not enough, there are countless great Jewish books and movies ripe for adaptation.

Just please, anything, anything, other than another “Fiddler on the Roof!”