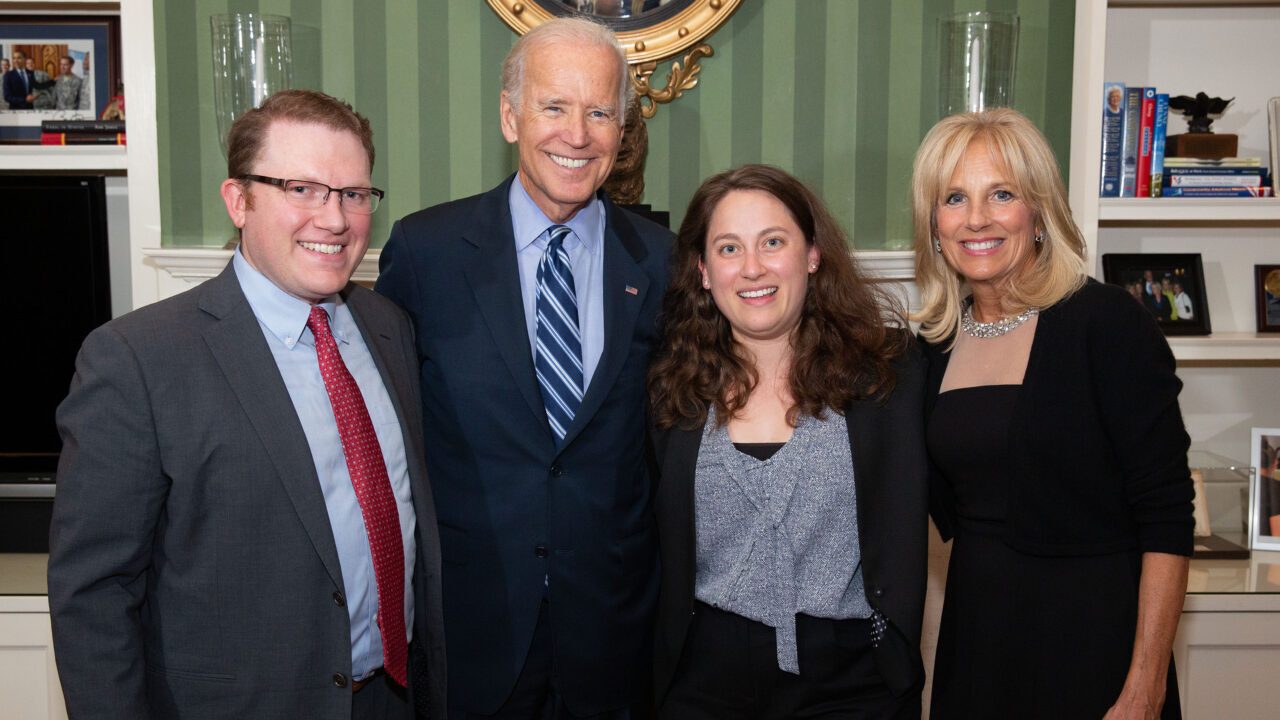 (J. The Jewish News of Northern California via JTA) — Aaron Keyak started out in Democratic Party politics as a kid, stuffing envelopes for campaigns in his native San Francisco. He clearly found his niche early. This week Keyak, 35, was named Jewish engagement director for Joe Biden’s presidential campaign.

His mission: devise strategies to reach Jewish American voters and convince them that Biden is the best choice in November. It’s a task he says will consume him 24/7. Then, Keyak, an observant Jew, quickly corrected himself.

The issues of Jewish concern range from the U.S.-Israel relationship to ensuring Iran never acquires nuclear weapons to the increase in anti-Semitic violence in the United States. And then there are broader issues such as health care, the economy, racial justice and COVID-19.

“One of the great things about the Jewish community is the wide range of issues we care about,” Keyak said. “It keeps me busy.”

Given the Trump administration’s many policies seen as favorable to Israel, such as relocating the American Embassy to Jerusalem in 2018, Keyak said the Biden campaign cannot take Jewish votes for granted, even though the Jewish vote is traditionally overwhelmingly Democratic.

“We have to campaign like we’re a few points down,” he said, even as national poll averages give Biden a 10-point advantage over Trump. “We have to know we’re doing everything we can to build a broad coalition in the Jewish community and the general public to show that Donald Trump isn’t America.”

Keyak said he doesn’t buy Trump’s professed philo-Semitism, and hasn’t ever since the infamous 2017 neo-Nazi march in Charlottesville, Virginia, after which the president said there were good people “on both sides.”

“That the most powerful person on Earth would say there are fine people on both sides, and to embolden that hatred, made me feel unsafe in my own country,” Keyak said. “I’m sure he inspired these anti-Semites to feel encouraged. He exposed how fundamentally dangerous he was and remains.”

Keyak contrasts Trump with Biden, stressing what he called “the fundamental sense of decency [Biden] emanates. There are Trump supporters in the Jewish community, and they will have a well-funded effort we will have to combat.”

While Biden has maintained close ties to the Jewish community throughout his decades in politics, he has faced criticism for the Obama administration’s chilly relationship with Israeli Prime Minister Benjamin Netanyahu and what some saw as too much daylight between the two allies.

Keyak counters by pointing out that the Obama administration passed a $38 billion aid package to Israel and offered unqualified support during outbreaks of war between Israel and Hamas in Gaza, including providing technical assistance with the Iron Dome anti-rocket system. 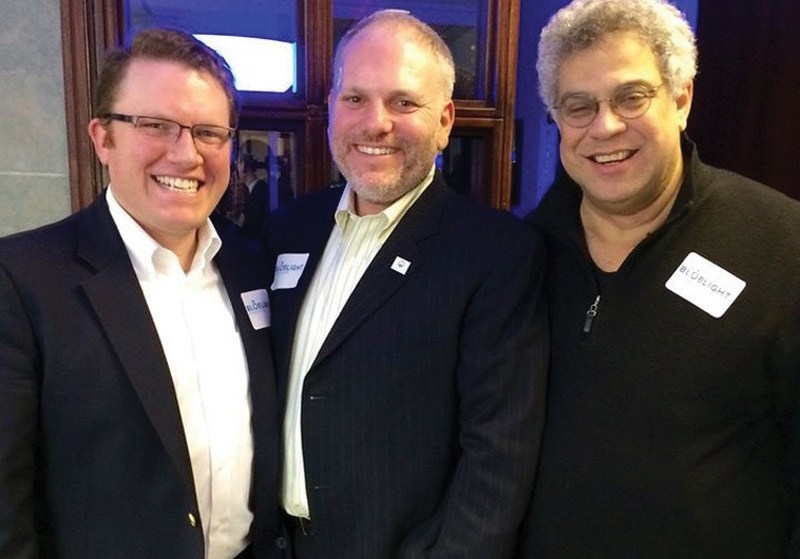 Aaron Keyak (left) at the 2015 soft of launch of Bluelight Strategies, which he cofounded, William Daroff (center) of the Jewish Federations of North America and Bluelight cofounder Steve Rabinowitz. (J Weekly file photo)

“In Joe Biden we have a stalwart supporter of the U.S.-Israel relationship,” Keyak affirmed. “When it came to Israel’s security, there was no stronger supporter that Joe Biden, and he speaks out against anti-Semitism clearly and without hesitation.”

Keyak seems to have been born for the job he has with the campaign. His grandfather chaired the state’s Democratic Party, and he remembers his family routinely discussing politics around the Shabbat dinner table. His mother, Vicki, co-founded the Raoul Wallenberg Jewish Democratic Club of San Francisco, and his late father, Jeffrey, served as president of Congregation Adath Israel, a Modern Orthodox synagogue in San Francisco, and sat on the board of the Friends of the Jewish Community Library.

Keyak went from stuffing envelopes to landing his first real campaign job as a precinct captain in San Francisco Mayor Willie Brown’s 1999 victorious reelection campaign. He was given the job even though at the time he was too young to drive.

“They teamed me up with someone with a car,” Keyak recalled. “I went door to door.”

After attending Washington University in St. Louis, where he was active in Jewish and Democratic student organizations, he enjoyed a rise in party politics. He served on the staff of House Judiciary Committee Chairman Jerrold Nadler, a Democrat from New York, and had a stint as interim director of the National Jewish Democratic Council. Also, he has been a contributing opinion writer for the Hill, the Times of Israel, Huffington Post and other outlets.

In 2014, he co-founded Bluelight Strategies, a premier Washington, D.C., public relations firm serving mostly Jewish and progressive institutions, and for which he serves as managing partner (he has taken a leave of absence to serve the Biden campaign).

Keyak, his wife, Avigail Goldgraber, and 3-year-old daughter, Shira, live in the West End neighborhood of Washington, D.C. That will be his home base for the next few months as he tries to make Biden the 46th U.S. president.

Though Biden has, like many Americans, remained in lockdown mode, his campaign has made big strides against an incumbent president, and he’s leading Trump in national polls and in most battleground states. Keyak attributed that to what he calls Biden’s “positive message.”

“During the Obama years, I got to know Joe Biden,” he said. “I’ve seen him in big public events, in smaller events, celebrating Rosh Hashanah at the vice president’s residence. It’s so obvious the genuine connection and understanding he has of the Jewish community. You can tell he gets it in his kishkes.”