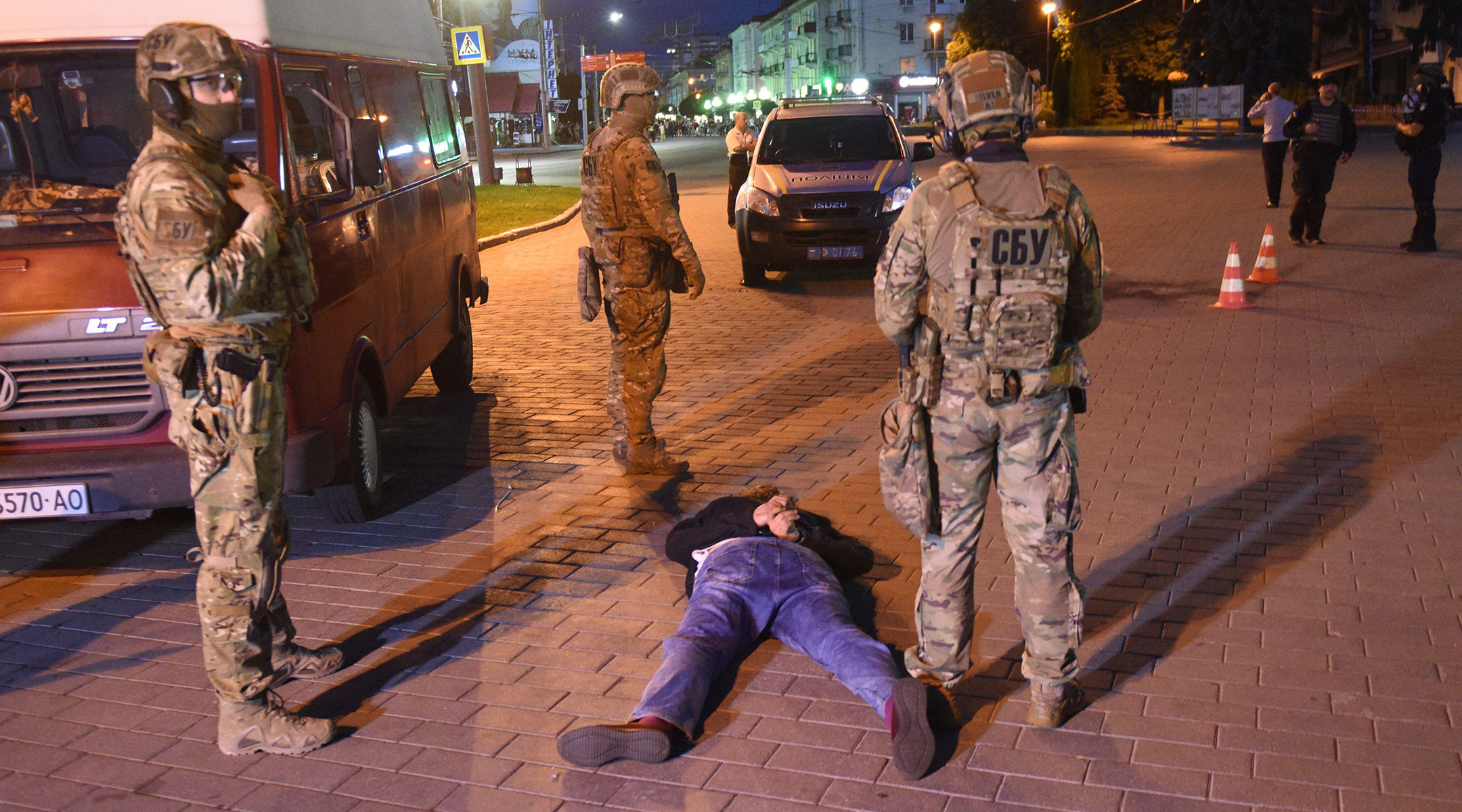 (JTA) — Some leaders end hostage situations with daring military operations, or by forking over cash.

In a saga that loosely resembles an episode of the British dystopian sci-fi show “Black Mirror,” a 44-year-old man later named as Maksym S. Kryvosh hijacked a bus carrying 13 people in Lutsk, in northwestern Ukraine. He made several demands that police did not reveal, in addition to stipulating that Zelensky publicly praise the film “Earthlings.”

Zelensky did so on Tuesday in a Facebook post, and Kryvosh freed the hostages, who were not harmed.

“Film ‘Earthlings,’ 2005. Everyone watch,” a terse Zelensky is seen saying in the 3-second video.

He deleted the video shortly after the hostages were freed.

The hijacker’s actions earned the film a more genuine endorsement from another Ukrainian official, who watched it following the incident.

“This film that this man mentioned is good,” Interior Minister Arsen Avakov said Tuesday during a news conference. “But you don’t have to be so messed up and terrorize the whole country to enjoy it.”

Kryvosh, who was born in Russian, also spoke about his actions being a “Happy day of the anti-system,” Pravda Ukraine reported, but he did not expand in concrete terms about any ideology connected to Ukraine or Russia.

Zelensky, a former TV actor, was elected last year in an election some found symbolic of progress in a country with a history of bloody anti-Semitism.