Zach Banner: Why I spoke out about DeSean Jackson’s anti-Semitic posts 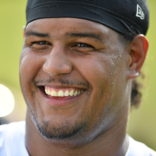 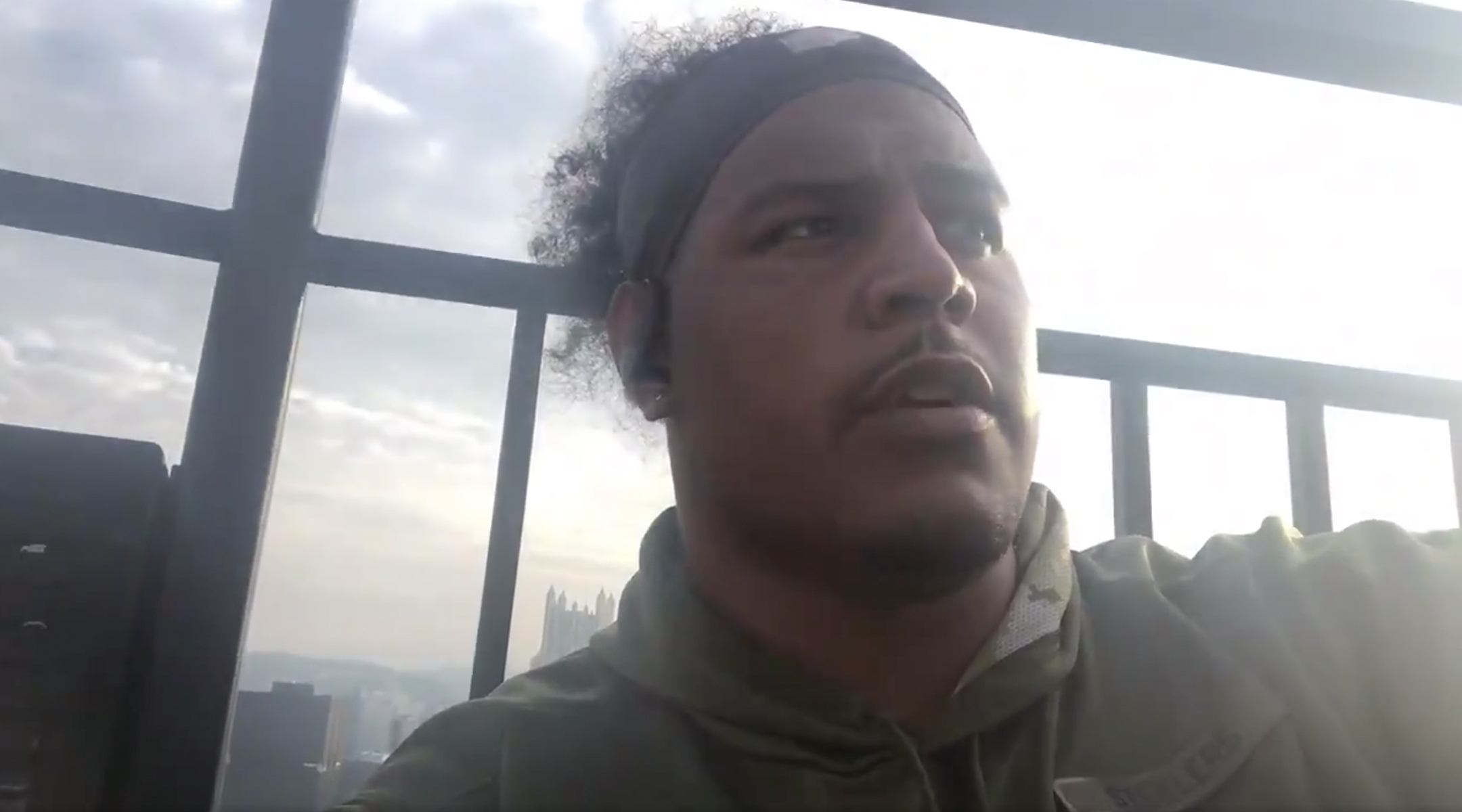 PITTSBURGH (JTA) —  Before I was an offensive tackle for the Pittsburgh Steelers, I was the son of a middle school teacher in Tacoma, Washington.

My mom, Vanessa, made clear that football came after school — and no class was more important than history. She taught me the significance of the Civil War as a Black American and of the Spanish-American War as a Chamorro from Guam. When it came to World War II, there was no way to sidestep the Holocaust. I read about Anne Frank and learned about the horrors of the Nazi death camps.

When I went to college to play football at the University of Southern California, those lessons hit home. I decided to pledge Zeta Beta Tau, a historically Jewish fraternity on campus. Suddenly, the 6 million victims I’d read about in my history books were the grandparents of my brothers. I learned that anti-Semitism isn’t a relic of the past but a modern-day threat: From the pickup basketball court to fights picked at our parties, I heard my Jewish brothers called degrading slurs like “kike.”

These experiences at USC gave me empathy for the Jewish community. But over the past few days, I’ve had to speak up because not everyone learned the same lessons in college or in life. Last week, my fellow NFL player DeSean Jackson shared a quote falsely attributed to Adolf Hitler, saying that white Jews “will blackmail America. [They] will extort America, their plan for world domination won’t work if the Negroes know who they were.”

When I saw the post, my heart sank. I could only sleep 45 minutes that night. Not just because those hateful words came from someone whose career I respect, someone I’d lined up against on the field, but because DeSean’s post was largely met with silence. Julian Edelman and Mitchell Schwartz, two Jewish players, condemned the post and offered an olive branch to teach Jackson about the Jewish community. But the vast majority of players failed to call out DeSean.

I took to social media to voice my frustration in a series of videos. The silence was so infuriating, I explained, because over the past several weeks, I’ve joined millions of other Black Americans in calling for empathy and action. The Black Lives Matter movement has educated America that Black people still face deep, institutionalized racism in this country. And we’ve called on people from all walks of life to hear our cries, join in protest and help bring about change.

But as we demand empathy from others, we must uphold it ourselves.

The Jewish community is the target of the most religious hate crimes in the U.S. and Jews have historically fought for the Black community — from Rabbi Abraham Joshua Heschel, who marched with the Rev. Martin Luther King Jr. in the 1965 March on Selma, to the numerous Jewish people and organizations supporting Black Lives Matter today.

I believe the best way to fight hate is through building empathy. And as my mom and my fraternity brothers showed me, the key to empathy is education. I recently watched the eyewitness testimony of Holocaust survivor Judah Samet, who lives in Pittsburgh. Judah is one of the tens of thousands of survivors whose testimonies can be found in the USC Shoah Foundation’s Visual History Archive. If we all took the time to hear the stories of those who are different than us, to meet and converse with those who are different than us, we’d go a long way toward fostering the empathy that is so desperately needed.

Rather than focusing on our differences, the Black and Jewish communities should support each other as brothers and sisters. After the deadly Tree of Life synagogue shooting in Pittsburgh, which Judah also survived, I watched firsthand as the world wrapped its arms around the city’s Jewish community. And in the past week, I’ve been overwhelmed by the many Jewish Americans who’ve reached out to support my B3 Foundation, which strives to empower students from underfunded communities in Washington, California and Guam.

I’m not pushing for the NFL to take a specific stand. I’m not making a political argument. This isn’t about right and left. It’s about right and wrong. It’s right that DeSean Jackson apologized, spoke with 94-year-old Holocaust survivor Ed Mosberg — whose story is included in the USC Shoah Foundation archive — and accepted his invitation to visit Auschwitz, the notorious concentration camp. It’s wrong that more of my NFL colleagues did not speak out against hate. And it’s right that the Jewish and Black communities — like all communities — commit to educating ourselves, opening our hearts and lifting ourselves up together.

Zach Banner
is an offensive tackle for the Pittsburgh Steelers.
The views and opinions expressed in this article are those of the author and do not necessarily reflect the views of JTA or its parent company, 70 Faces Media.