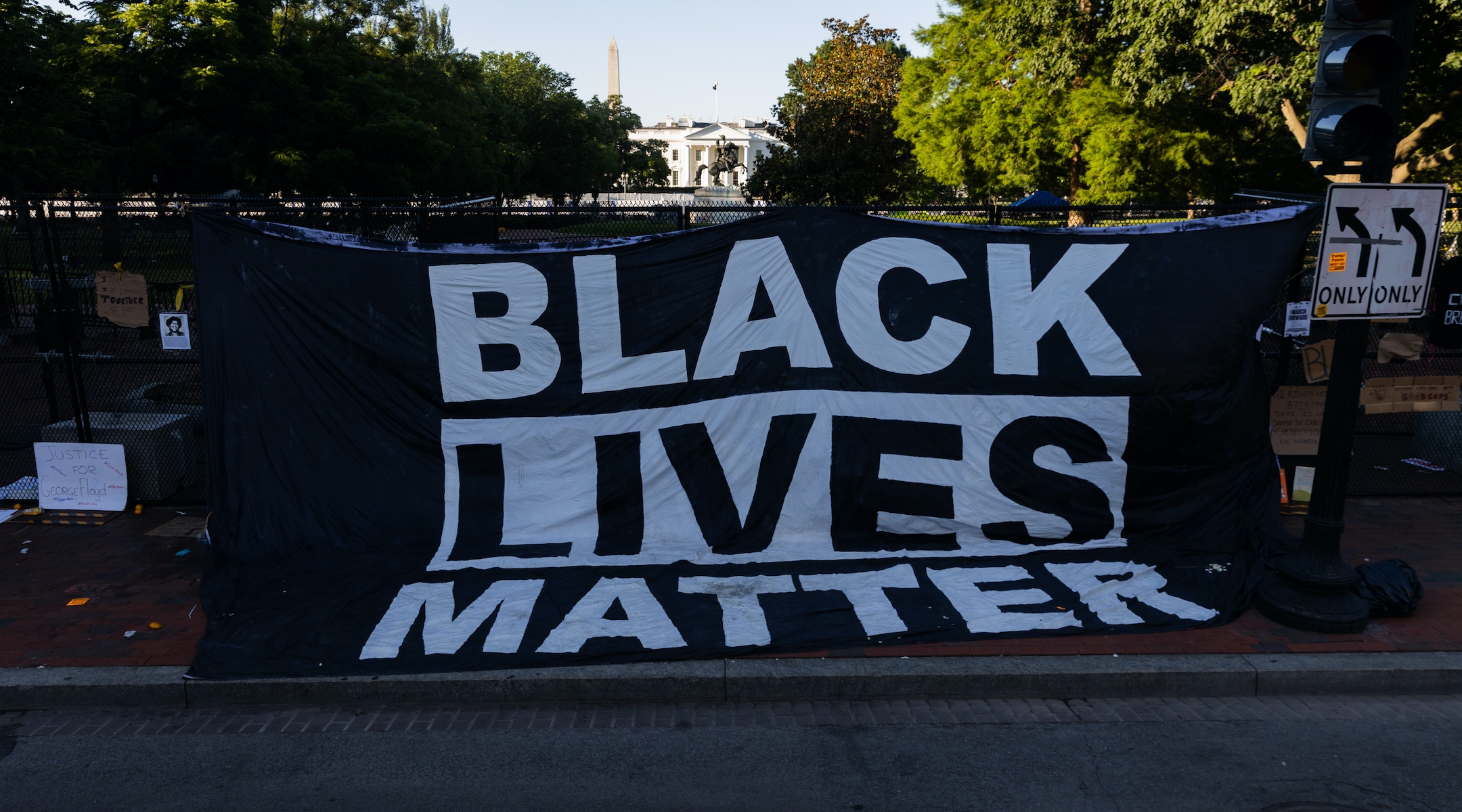 (JTA) — More than 400 Jewish organizations and synagogues in the United States have signed on to a letter that asserts “unequivocally: Black Lives Matter.”

The joint letter was an initiative of a diverse group of Jewish activists from across a range of religious, political, gender, and racial identities. The list of signatories — from small congregations to major Jewish organizations — represents millions of Jewish people in the United States, the organizers said in a statement.

“We support the Black-led movement in this country that is calling for accountability and transparency from the government and law enforcement,” says the letter, which had its hundreds of signers within 24 hours. “We know that freedom and safety for any of us depends on the freedom and safety of all of us.

“When Jewish people join together with our neighbors across racial and religious differences, as we have in the past, we can protect each other and build the future of freedom and safety we all deserve,” the letter says.