Icelandic Jewish cookies: A Christmas dessert with a fascinating story to tell 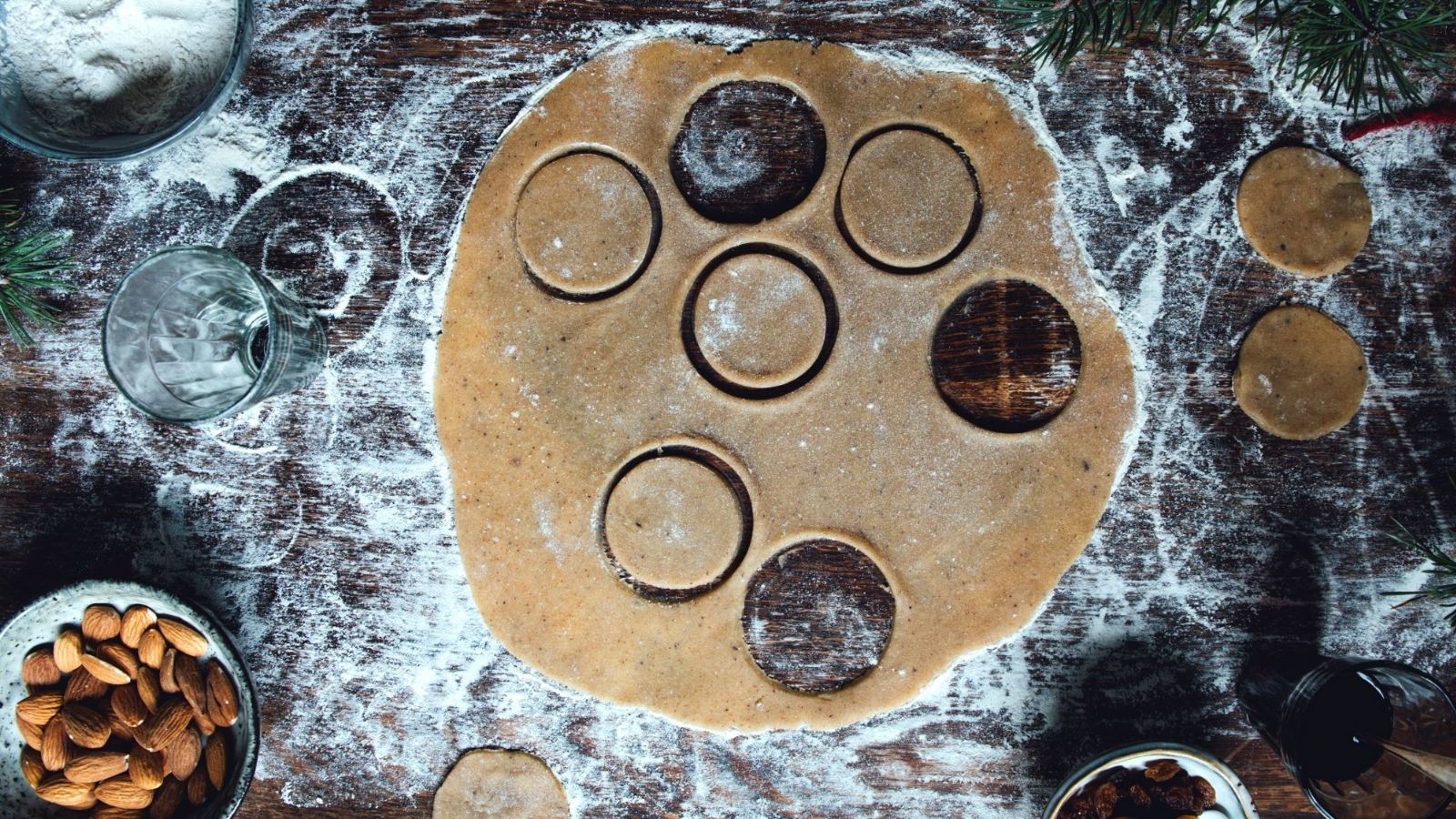 As Jews move from country to country, they pick up recipes, spices and dishes along the way. Sometimes, even after a Jewish community is no more, their food remains, an echo of a world that once was. Such is the case of the “Jewish cookie” from Iceland.

Recently I learned of a cookbook, “The Culinary Saga of New Iceland, Recipes From the Shores of Lake Winnipeg,” compiled by Kristin Olafson Jenkyns, a writer with forbearers from Iceland. Her book documents the history and culinary traditions of immigrants from Iceland who settled in North America at the end of the 19th century. Many of them moved to Manitoba, Canada, on Lake Winnipeg, where they formed a community that came to be known as “New Iceland.” In the section of the book titled “Cakes and Cookies,” following classic Icelandic foods like skyr, smoked fish, and brown bread, are recipes for cookies traditionally eaten on Christmas. Their name in Icelandic is gyðingakökur, which translates to “Jewish cookie.”

How did “Jewish” cookies end up in a cookbook filled with the food of Icelandic immigrants to the New World? You can be sure that there weren’t many, if any, Jews among those settlers 150 years ago. Yet there are three recipes for Jewish cookies nestled between other traditional sweets like Vinarterta and ginger cookies.

Olafson Jenkyns is not sure how they came to be part of the culinary canon of the New Icelanders. Her guess is that the Jewish cookies came to Iceland by way of Denmark. For hundreds of years, Iceland was closely tied to Denmark; traders and merchants, some of them Jewish, moved back and forth between the two countries. Perhaps the cookies came via that trade route.

And how did those “Jewish” cookies land in Denmark in the first place? According to Gil Marks, author of Encyclopedia of Jewish Food, Jewish butter cookies originated in Holland. Many of the Jews who were expelled from Spain and Portugal in the 15th and 16th centuries found a safe haven in Holland. There they merged, “…their Moorish-influenced Iberian fare with the local Scandinavian cuisine. Instead of olive oil, they used the butter found in great quantity in Dutch cookery to create small rich morsels, still called Joodse boterkoeke (Jewish butter cookie) in Holland.” Until today, Dutch Jews serve those cookies on Hanukkah and Shavuot and at other dairy meals.

From Holland, the cookies spread to Denmark where they became a traditional pre-Christmas treat.

As is the case with all immigrants, when the Icelanders left their homeland in 1875 for the New World and created the community of New Iceland in Canada, they brought their culinary traditions with them. Gyðingakökur were part of that tradition. “The cookies must have been popular for them to have made it from Denmark to Iceland to New Iceland,” said Olafson Jenkyns.

In scouring through old cookbooks from the New Iceland community, Olafson Jenkyns found these three recipes for Jewish cookies – slightly different one from the next but all most definitely known as “Jewish.” One recipe was from a cookbook, circa 1915, from Reykjavik, Iceland.  The other two came from community cookbooks from New Iceland from the middle of the 20th century. In Gil Marks’ book, the Jodekager, or Jewish cookie recipe, was attributed to Denmark. His recipe is very similar to the Icelandic ones — all have lots of butter, all are rolled out into a thin dough, and then cut into rounds. And all are topped with a wash and a sweetener that combines sugar and nuts.

Are the cookies Icelandic? Canadian? Dutch? Or Danish? No matter where you find them, the name is the same, hearkening back to a Jewish presence and the Jewish bakers who created them.

This recipe for gyðingakökur comes from “The Culinary Sage of New Iceland, Recipes From the Shores of Lake Winnipeg.”

2. Work the butter into the flour mixture by rubbing it between your fingers, as if you were making a pie crust.

3. Beat egg with a fork and add to dough. Combine well.

5. Roll out dough on wax paper until 1/8 inch thick. Cut in 1 1/2 inch rounds with a cutter. Brush tops with coffee; mix the almonds and sugar and sprinkle generously on top. Press down gently with your hand to help the almond-sugar mixture stick. Place on greased baking sheets and bake at 350 F. for about 12 minutes or until lightly golden brown.