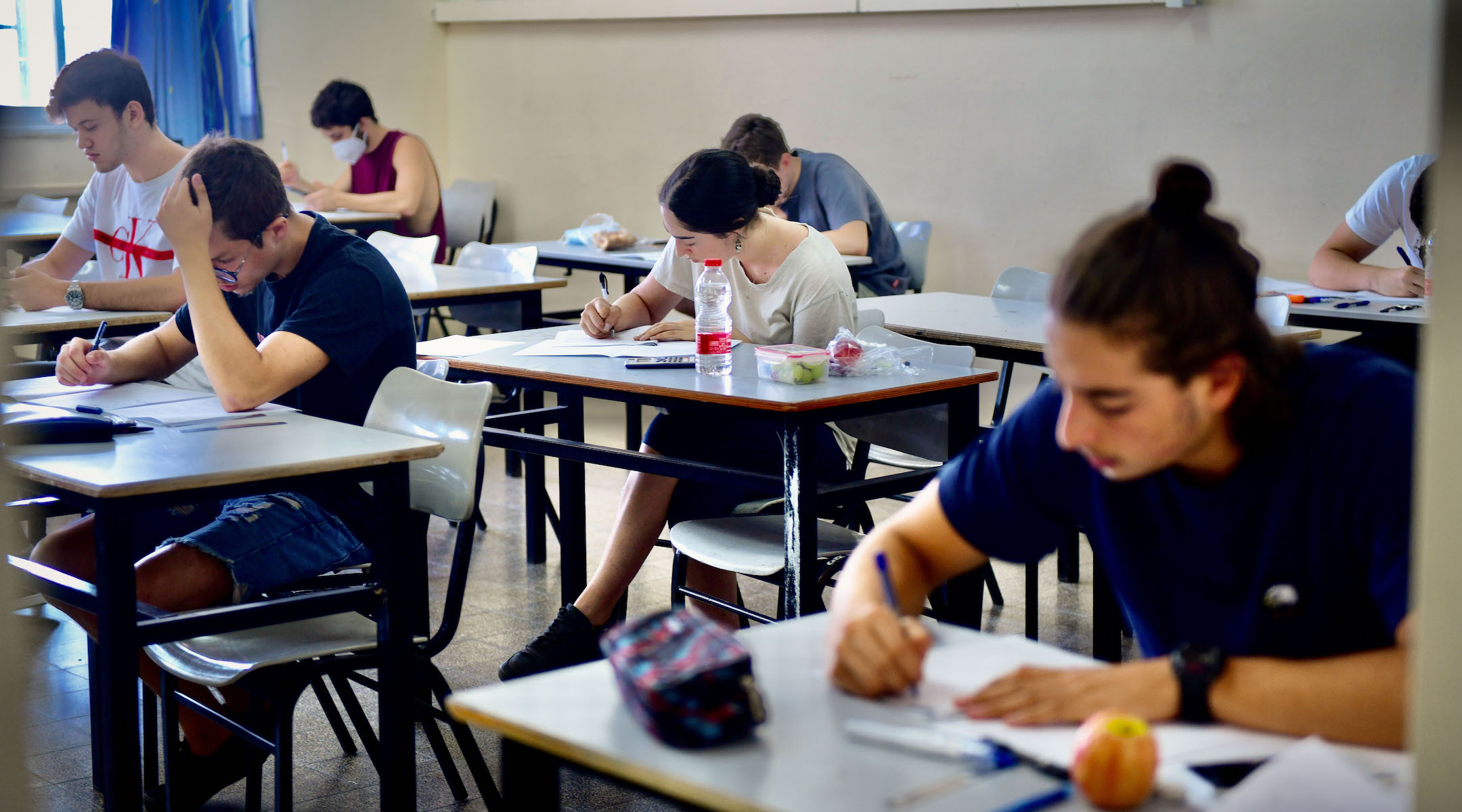 TEL AVIV (JTA) – To pull off its plan to reopen schools safely this fall, Israel needs to hire 15,000 new teachers. But the hiring spree will begin in earnest only next week, in hopes of delivering half of the needed educators to classrooms by January — five months into the school year.

“This is a national effort,” Yoav Gallant, the country’s education minister, said Thursday. “It won’t happen in a day.”

When school opens Sept. 1, “it will not be possible to enable full education for everyone,” Gallant said.

Smaller-scale efforts to steer Israelis into the classroom are underway already. But emerging tensions suggest that the road ahead may be anything but smooth for the country’s school system, which is already reeling from a rocky reopening this spring that was characterized by dozens of outbreaks connected to schools.

Among the looming challenges: potential resistance among some Israeli educators to fast-track training programs that may leave new teachers ill-equipped to handle the job at a particularly difficult time.

“Teachers are not babysitters,” Ruti Anzel, director of the Tel Aviv Department of Education for Middle and High Schools, told the Jewish Telegraphic Agency. “Their work can’t be taught in an instant.”

Israel reopened schools for all students in all grades in May. But last month, officials said they would not repeat that approach this fall and instead would reduce class sizes for younger children while allowing older students to attend class in person only part-time. Both decisions would require additional teachers.

On Thursday, Gallant revealed new details about the plan: Kindergarten through second grade will open as usual, with around 30 to 35 children per class, on the belief that they are the group with the lowest risk of contagion. Third and fourth grades will open in pods of up to 18 students, about half a regular class size. Students older than that will learn on Zoom most of the time but meet in person in some form two days a week.

Next week, Gallant said, the government will begin working on programs to recruit and train the thousands of new teachers needed to make all of that happen. Israel plans to spend 4.2 billion shekels ($1.2 billion) on reopening schools, including on the new teacher hiring.

The centralized effort joins many others that are already underway to address Israel’s dual crises of unemployment and teacher shortages, which long predated the pandemic but have been exacerbated by the need to reduce the number of students gathering at any one time.

Rishon Letzion, a city in central Israel, has announced plans to provide teaching training in the coming year for unemployed residents. The Israeli Airline Pilots Association has announced plans to train some of the almost 950 member pilots who are furloughed or out of work while the skies remain virtually closed. A free teachers’ course is under consideration for new immigrants who were educators in their home countries but have been deterred by the bureaucracy required to convert their degrees for Israeli schools.

The national government also launched a modest effort this spring to retrain workers whose jobs disappeared during the pandemic to become teachers.

After Dana Yadlin became one of Israel’s nearly 1 million “coronavirus unemployed” last spring when her job at a nonprofit became irrelevant, she decided to pursue a long-held dream to become a teacher. In May, she joined some 400 students who were accepted to a government-backed program to fast-track the teaching certification process through three months of intensive Zoom classes. 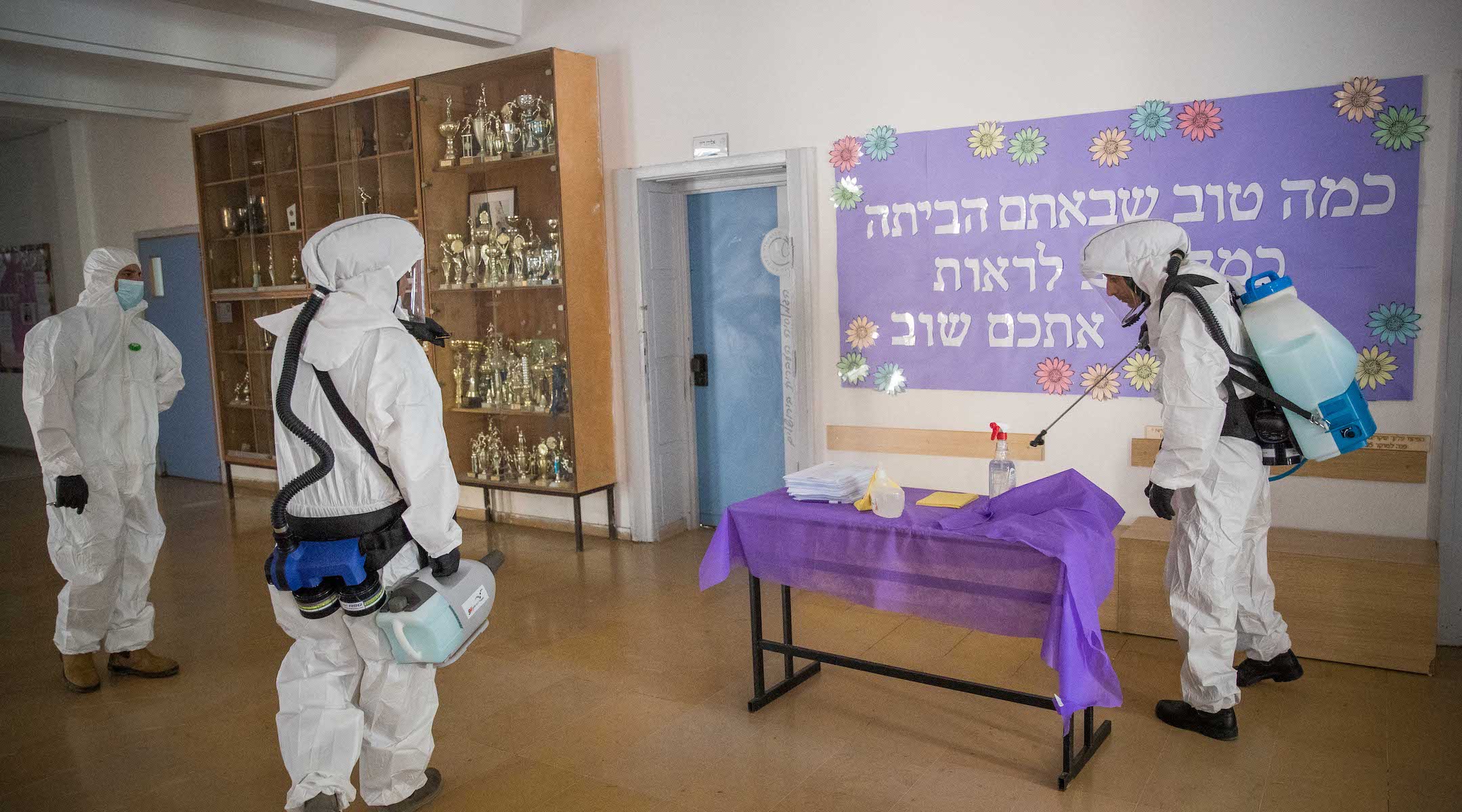 By the end of August, Yadlin and the other students in her training program will have fulfilled about 80 percent of the credits needed for certification. They’ll get further training, including a mentor, during the school year, while they teach in their own classrooms. They’ll also get a grant of up to 14,000 shekels ($4,100).

“I had always wanted to pivot to teaching, but life had never made it possible,” said Yadlin, who has two children and whose husband has been furloughed from his job since the outbreak of the virus. “I want to find a job that’s stable, but I’m also coming from a place of feeling that this is a mission. That if we want to see an Israeli society that’s more tolerant, more compassionate, more loving of others, we have to do something about it.”

Not everyone participating in the fast-track training program appears to have come into it with the same intentions. Shirli Bithan, who lost her managerial position in a large hotel chain this spring, drew sharp criticism after she told Israel’s Channel 12 in June that she felt she had no choice as she tried to replace her income, which had been twice what Israeli teachers typically earn.

“What’s the alternative? At the moment, the income from the hotel industry is zero,” Bithan told the TV channel. “It’s either zero [income], or going to teach.”

Facebook groups with Israeli educators erupted in anger. “I guess the status of teachers wasn’t low and worthless enough that the Education Minister decided he needed to lower it and trample upon it even more,” Saar Zemach, a teacher in Ramat Gan, replied in one of them.

Israeli teachers’ starting salaries — around 6,000 shekels ($1,760) monthly before taxes — can be lower than the typical wage for waiters or cleaning staff. The 2018 Global Teacher Status Index found that Israeli teachers rank among the least respected worldwide. According to a survey published by The Marker, one in five Israeli teachers drops out of the profession within the first three years.

Teachers have long bristled at education administrators being drawn from outside the country’s education corps. Gallant, who became education minister in May, was formerly a high-ranking commander in the Israel Defense Forces.

“This very militaristic style, it’s not suited for this crisis,” said Tammy Hoffman, the director of education policy at the Israel Democracy Institute. “We’re not in combat now, it’s not a hierarchy like in the military, or in a factory. There are a lot of players in the field: civil society, parents, teachers … A lot of principals and teachers feel a lack of trust.”

The pandemic has deepened those dynamics. This spring, teachers were asked to figure out how to reach both students who are in the classroom and who decided to learn from home; work with students whose families may not have computers or internet access to allow them to work remotely; and address swelling needs among families. The nonprofit organization Elem reported that as budget cuts led to the closing of educational and social programs for at-risk youth, that population experienced a 57% spike in homelessness.

Some educators say they would prefer to tackle the new challenges presented by the pandemic with the people and resources already present in their schools. Anzel, the Tel Aviv schools official, said teachers this fall will be better prepared to handle the logistics and demands of teaching during the pandemic than they were this spring.

Liron Filos, a first-grade teacher at the Pa’amonim School in Raanana, said that in May, when elementary schools moved to pod learning, teachers’ schedules were shuffled around to make room for the halved class sizes. That might work again this fall, she said.

Government recruitment programs, Filos said, “can’t be some kind of Band Aid, and it can’t just be made available to everyone. It needs to be something that’s very, very supervised.”

The new program that Yadlin is participating in can be a model, said Rony Ramot, the head of teachers’ training at Seminar Hakibbutzim in Tel Aviv, which has accepted 120 students as part of the government program. She noted that, though expedited, the training requires students to participate for roughly seven-hour days, five days a week.

Ramot said the coronavirus situation demands creative solutions to staffing Israel’s schools and noted that it’s hard to be a new teacher under any circumstances.

“The acclimation process into a new school is always really difficult, it’s a chaotic place,” Ramot said. “But we chose people who we saw would have enough knowledge, would be able to integrate into a system in a very short period of time.”

Correction (Aug. 9, 2020): This story has been updated with the correct title for Ruty Anzel.