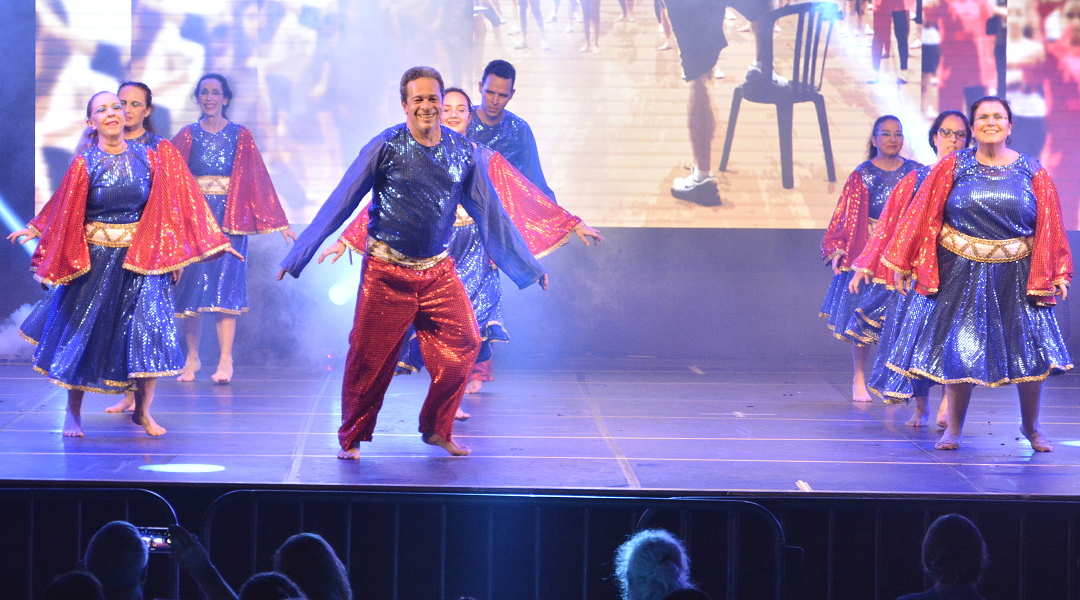 “He brought a lot of joy to our community, always present at our celebrations, with a lot of willingness and commitment. It will be sorely missed,” Arnon Velmovitsky, president of the Rio Jewish federation, told the Jewish Telegraphic Agency upon Barbosa’s death Monday in Rio de Janeiro.

Barbosa, who marked his 35th anniversary as a teacher and choreographer this year, had a stroke last week and died of its consequences. He was 52.

Legions of his students and ex-students have flooded social media with condolence messages.

“His joy through dance will stay in our memory,” Fabio Beildeck, president of the Eliezer-Max Jewish school, told JTA. “He has always represented our community so intensely.

Barbosa, who was not Jewish, studied at Eliezer-Max, where he and his four siblings were educated with full scholarships granted by the Ministry of Education covering their annual tuition of several thousand dollars. At Eliezer-Max, Barbosa fell in love with Israeli dance.

Barbosa was well known for his audacious choreographies, performed in Brazil’s huge Israeli dance events, including Sao Paulo’s Carmel Festival, usually referred to as the largest of its kind outside Israel.

Luiz Mairovitch, president of Rio’s Hebraica club, was Barbosa’s classmate at Eliezer. They met again 10 years ago at the preparation of the Hava Netze Bemachol festival, an annual event that has been held by the club for 50 years. Barbosa used to perform there and lead several groups.

“I had no idea that he would become such an emblematic Jew,” Mairovitch told JTA. “Polemic and dear, this is Luiz Filipe.”

For the Brazilian-born choreographer Andre Schor, who moved to Israel in 2017 and is a rising star in the country’s dance scene, Barbosa was a master.

“He planted the seed of Israeli dance inside of me and it’s very lively until today,” Schor told JTA from his home near Tel Aviv. “Despite our differences in creation, I have always admired him, he was my very first choreographer when I was only 5 years old.”

In parallel to his Israeli dance career, Barbosa was a member of the Habonim Dror Jewish youth movement, where he was a student and later a dance teacher. More recently, Barbosa became a choreographer of the Betar Zionist youth movement.

Several of his admirers signed an open letter on social media that noted his love for Judaism starting as a child and choreography that “always had with a Jewish theme, with numerous references to our culture.”

“Luiz Filipe, like no one else, has inspired generations of students to have more confidence in themselves, to feel equal and to believe that in dance, everyone can fly high,” the letter said.