Why are teens pretending to be Holocaust victims on TikTok? 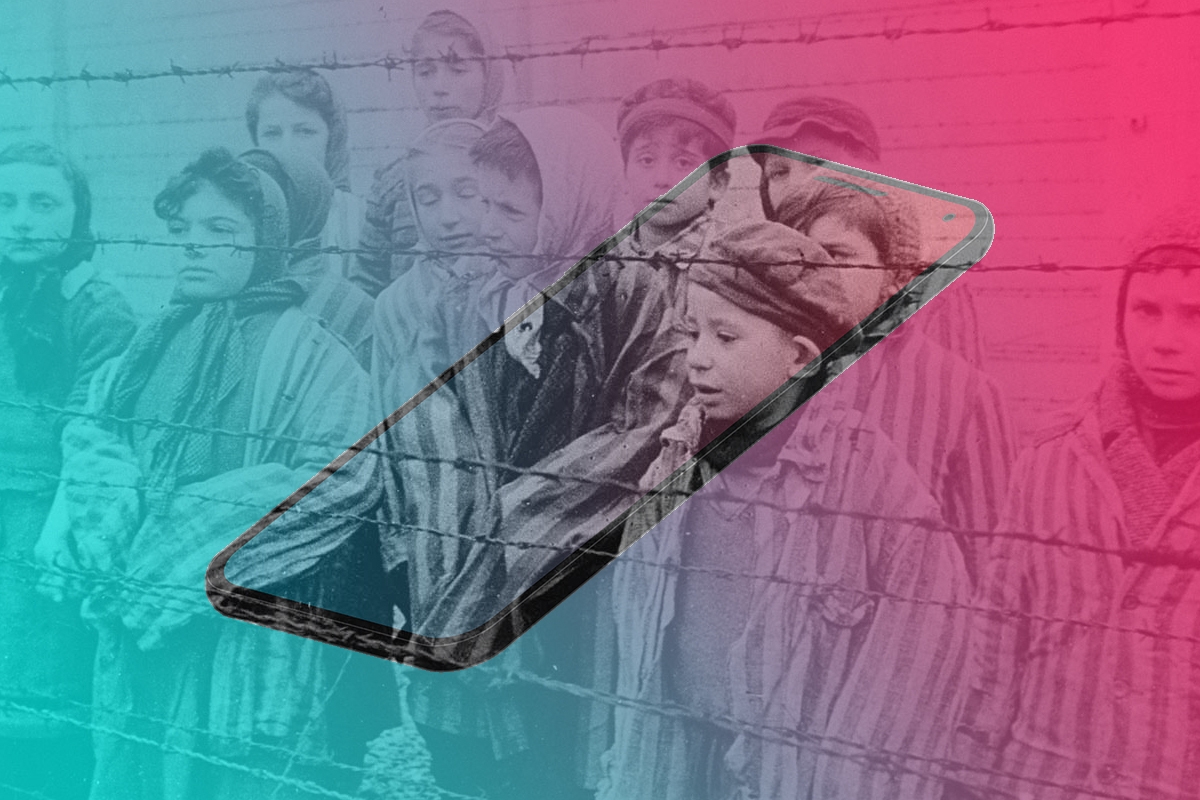 TikTok has become a central part of my social media diet while spending more time inside during the pandemic. Among the mix of very funny people and powerful political statements, a number of trends have popped up on the app. I recently became aware of a fun new trend among younger TikTokers: #POV or point-of-view videos, which are basically little scenes of TikTokers dressing up as different characters. Some of my personal faves include @nicoleciravolo’s school secretary who stands up for kids sent to the principal’s office for silly reasons, and @actressbecc’s mom at dinner and more. I love this trend because it gives those blessed with acting skills an opportunity to provide wholesome entertainment in a trying time.

However, there’s also been a number of #pov TikToks from a less wholesome and much more controversial perspective: Jewish girls in the Holocaust — both those who have perished and those who’ve been abused.

Many Jewish people on Twitter have been calling out these videos in the last few days, and for good reason. In the videos, teens put on stage makeup and contour in order to look like someone who suffered in a concentration camp and role-play out different scenarios — like God asking them why they showed up in heaven “so early,” or a Nazi grabbing their face and jerking them around. There is something visceral, and almost sensual, about this charade. And something deeply unsettling.

Without knowing much about these various TikTokers, it’s hard to know what their backgrounds are, though it feels safe to assume that while some might be Jewish, many are not. So to the teens making these TikToks, I have just a few thoughts:

First of all, to the Jewish teens making these videos, I know you because, in some ways, I was you. In high school, I loved acting and playing a part in life that I never had. And as a young Jew with ancestors who died in the Holocaust, I often imagined what it would have been like to really experience that kind of urgency and danger. So if you feel like you can connect most with your family history through dressing up this way, I understand where you’re coming from. Acknowledging your victimhood is complex, and can be validating in a lot of ways. However, TikTok is not necessarily the forum to unpack your complex and dignified history. As I have gotten older, I have found so much beauty and joy in my own Jewish identity beyond the history of my people surviving the Holocaust. There is so much depth, humor, coolness, and sexiness in our culture today, and to me, choosing this positivity every day is really what fighting anti-Semitism is all about.

While most of us are aware of anti-Semitism as the blatant hatred of Jews, it’s also important to know about its ugly cousins: philo-Semitism and fetishization. Philo-Semitism can appear as an exaggerated love for Jews, but at its essence, it still others us and grossly misrepresents what it actually means to be Jewish today. When you make videos of, for example, of a Nazi guard admiring a young Jewish girl, you play into the tropes of Jewish girls being “attractive” victims (and let’s remember, nobody ever needs a Nazi romance). More importantly, the trauma you are representing is not yours. It is not your family’s. I understand it’s possible you believe these videos can help educate your viewers about the history of Jews in the Holocaust — and that intent may be admirable — but the content of your videos has serious repercussions, mostly to the very people you are trying to support. Holocaust survivors are still alive today. Respect their dignity and don’t make a 30-second video fetishizing their family’s devastating fates.

So one more plea to the teens on TikTok: Educate yourself more about Holocaust history and how deeply engrained it is in Jewish lives today. And please, take your videos down and apologize to your viewers. This is one trend that just really needs to end.