John Mann, a non-Jewish Brexit supporter, is the UK’s loudest critic of anti-Semitism 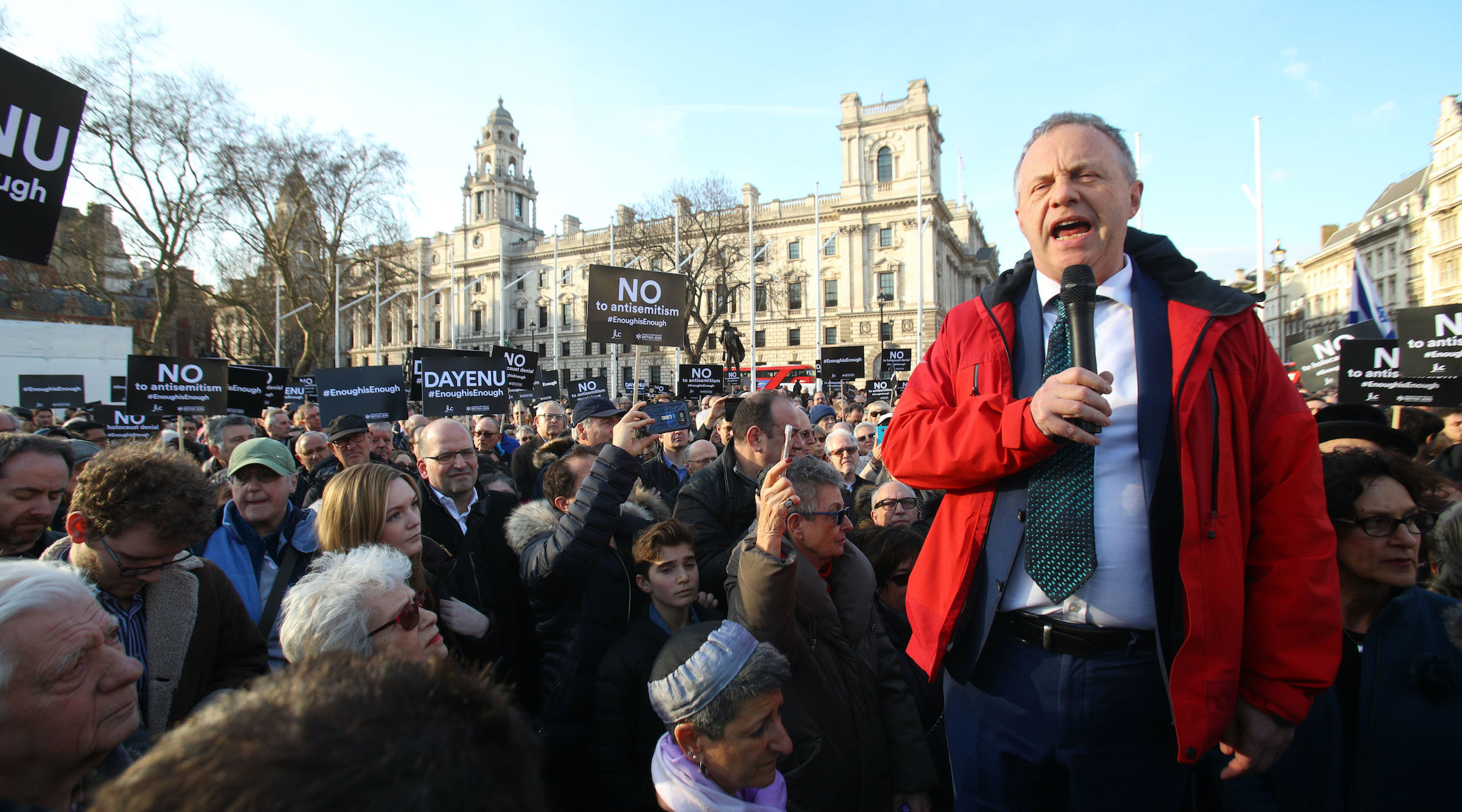 (JTA) — On his way out of a London BBC studio in 2016, former London mayor Ken Livingstone was confronted by a short, robust man who waved his finger and yelled at him in a thick Yorkshire accent: “You Nazi apologist … [you’re] rewriting history!”

Livingstone had publicly claimed, falsely, that Hitler had supported Zionism in the 1930s. Eventually he was forced out of the Labour Party last year over the controversy.

The scene, which was filmed by two crews and grabbed mainstream media attention, captured the rancor felt by many British Jews toward Livingstone. But the heckler, whose neck veins were bulging with intensity, wasn’t Jewish.

His name is John Mann, then a Labour member of the British House of Lords — the upper house of the British Parliament — and going on shouting tantrums at political rivals was not ordinary behavior for him.

Mann, 60, grew up in Leeds, in the so-called English Rust Belt, where he served as a trade union officer and rose through Labour’s ranks in the 1990s. He’s a remainder of the old, more moderate Labour guard, and speaks plainly and deliberately. He supports Brexit. Many observers call Mann a family man above all else.

He also happens to be arguably the leading British voice against anti-Semitism.

Last year Mann was appointed the British government’s top adviser on fighting anti-Semitism after chairing the All-Party Parliamentary Group Against Antisemitism for 15 years. He had been among the harshest critics inside Labour of its previous leader, Jeremy Corbyn, who was accused of allowing anti-Semitic sentiment to fester in the party.

“The battle against anti-Semitism has not only played a major role in my public life. It is also an issue which I am passionate about on a personal level,” Mann said in a statement Thursday following the announcement that he had joined the advisory board of the U.S.-based Combat Anti-Semitism movement of organizations alongside others such as former Sen. Joe Lieberman and Natan Sharansky.

“The disease of anti-Semitism is not simply a problem for Jewish communities,” he said, “it is a destructive force for all of society.”

The 2016 scene earned Mann considerable appreciation among British Jews and others. It also prompted Judith Ornstein, a London Jewish woman in her 70s, to launch a Facebook group called The Mann Women, which has hundreds of members (including Mann’s wife of 37 years, Jo White, a Labour politician in northern England).

“In a way, he’s a modern-day Churchill,” Ornstein told the Jewish Telegraphic Agency. “You see it on Lord Mann’s face, that bulldog face, he doesn’t hold back from saying what he thinks.”

Amid the Corbyn controversy, British Jews held a large rally in 2018 against anti-Semitism. Mann was among the speakers.

“What on earth is going wrong with our party when this kind of event even has to be considered?” he asked.

Jonathan Sacks, the previous chief rabbi of the U.K., wrote last year on Facebook that Mann’s “friendship personally and to our community has been a blessing. He is a man of principle and purpose.

“Whilst the need for a position of this nature is deeply concerning, I cannot think of anyone more suitable to fill it,” he said of Mann’s current post.

Mann’s family story shaped his politics and personality, according to Phil Woolas, one of Mann’s best and oldest friends and the minister of state for the treasury under former prime minister Gordon Brown.

Members of Mann’s mother’s family confronted fascists on the streets of Leeds in 1936, when the Nazi sympathizer Oswald Mosley and thousands of his followers tried to march through the center of the city to Holbeck Moor park. That street brawl happened about a week before a similar but far better-known clash that occurred on Cable Street in London.

But for the Mann family, Woolas said, the Leeds confrontation “set the example for what you do in such situations.”

“It’s a matter of being a good neighbor,” Mann said. “When your neighbor gets targeted for being Jewish, Muslim, Catholic, whatever, you stand up for them.” 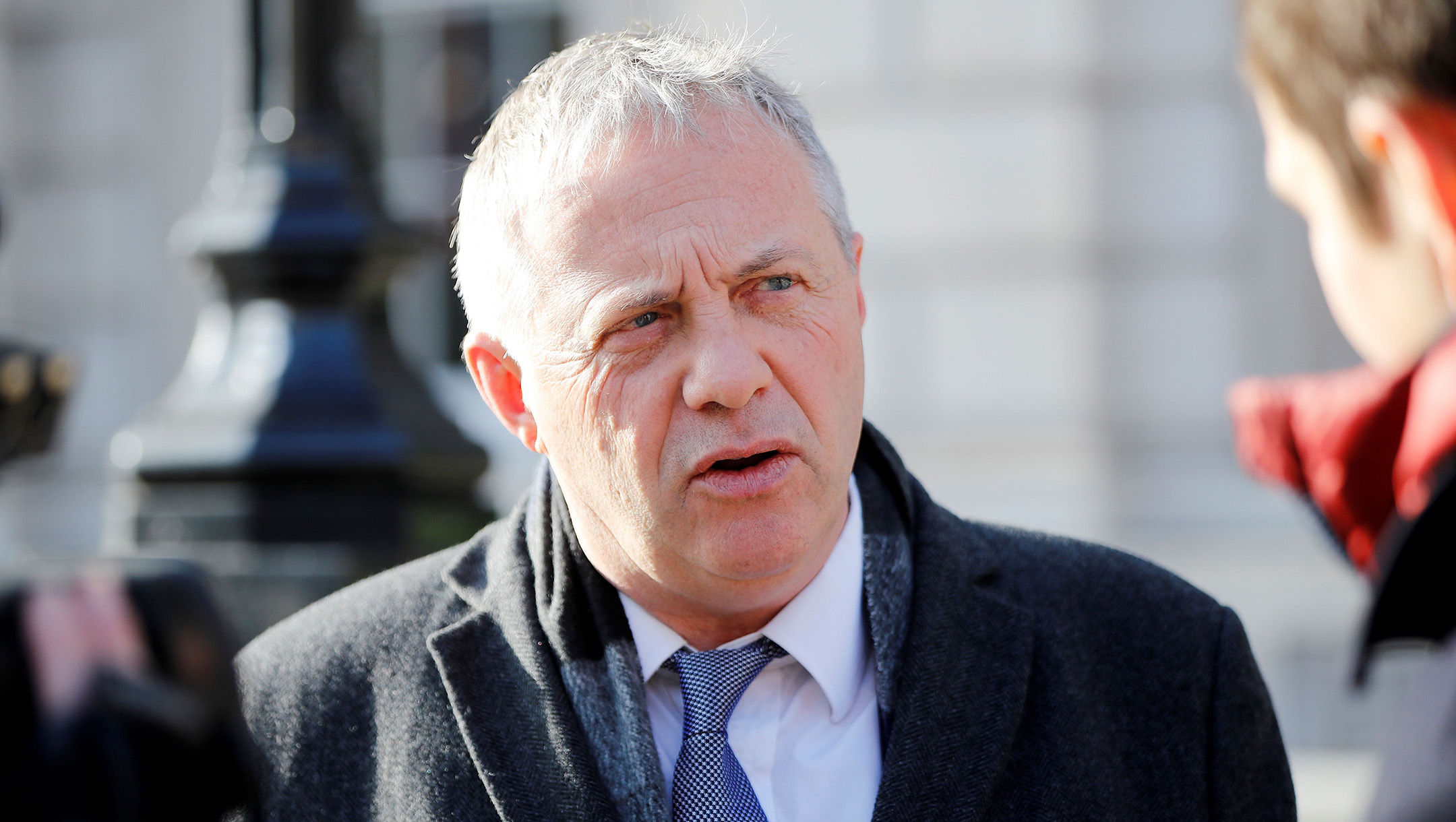 Mann’s father, James, a prominent local politician, was a “major influence” on him, Woolas said. James died when John was still a student at the University of Manchester. His mother, Brenda, died shortly afterward, leaving Mann, the oldest of their four children, responsible for his siblings.

That helped make him pragmatic politically, Woolas suggested. Mann’s parents also inoculated him early on against the Marxism that became fashionable in some parts of British leftist politics in the 1960s and ’70s.

Mann visited Israel in 1983 as a student union delegate along with Woolas. The visit, which included a few days in the already restive West Bank and Gaza Strip, and during which Mann and other participants met with the late Israeli president Shimon Peres, “was a big influence on John’s understanding of the Arab-Israeli conflict,” Woolas said.

Mann has not joined the Labour Friends of Israel group of lawmakers in his party, but he has defended Israel in Parliament and other forums. In a 2011 speech, he said the United Kingdom and British academia should seek “increased rather than reduced” cooperation with Israel “in response to attempts” to boycott that nation.

Mann’s critics on the left have used those remarks and his pro-Brexit stance — he wants fewer immigrants in the U.K. and believes the European Union to be “fundamentally broken, undemocratic” and resistant to reform — to label him a “right-winger” and a racist. Mann was  criticized as well for a 2016 pamphlet he produced and distributed that identifies “travellers” — a term often associated with Roma people — as a group with criminality issues.

Mann has rejected these claims. Although he is a proud Yorkshire man — he and his wife even spent their honeymoon touring that part of England — Mann is constantly traveling, often to conferences about anti-Semitism across Europe and beyond. He also presided on the All Party Parliamentary Group for Tamils.

“I never know where John is,” Woolas said. “When I call him up to chat, he may be in Parliament, outdoors in Scotland somewhere or driving through the desert in Kazakhstan.”

Tony Greenstein, an anti-Zionist activist who was kicked out of Labour in 2018 for using language offensive to Jews, has called Mann British Parliament’s “most traveled” lawmaker.

Becoming involved in the fight against anti-Semitism has taken a toll on Mann and his family — he has received threats, especially from some on the far left.

“I didn’t expect, when I took this voluntary cross-party role, for my wife to be sent by a Labour, Marxist anti-Semite, a dead bird through the post,” Mann said in a 2018 speech in Parliament in reference to his previous title. “I didn’t expect my son, after an Islamist death threat, to open the door in the house on his own as a schoolboy to the bomb squad.

Under Corbyn, dozens of Labour members caught making anti-Semitic statements were expelled or suspended. But dozens more faced no punishment, resulting in an unprecedented breakdown in trust, relations and eventually communication between British Jews and the leadership of a party that used to be their minority’s political home.

In 2019, Mann announced he would not seek reelection on Labour’s ticket, meaning an end to his 18-year stint as a lawmaker in the House of Commons, the lower house of the British Parliament. By then, about 50 Labour lawmakers had either quit the party or resigned posts to protest Corbyn’s leadership. Several of them had Jewish ancestry and many cited anti-Semitism.

Mann also cited this in explaining his decision to leave the House of Commons.

“Corbyn has given the green light to the anti-Semites, and having done so has sat there and done nothing to turn that round,” he said.

Labour under Corbyn had pursued a noncommittal line on leaving the EU before supporting a second referendum, in 2019, on whether it should happen. This drove many of Mann’s constituents into the arms of pro-Brexit parties. The many military veterans in Bassetlaw (Mann’s Nottinghamshire district), who despise what they see as Corbyn’s radical anti-war message and anti-military legislation, also had issues with Labour. In 2016, about two-thirds of the voters in Mann’s constituency voted in favor of leaving the European Union.

All of this diminished Mann’s chances to win in the 2019 elections. His successor, Keir Morrison, was trounced by the Conservative Party candidate in a constituency where Labour had won for decades.

Still, Mann is as committed as ever to helping lead the fight against anti-Jewish hatred, which he says is still raging.

“We’re going to need a lot more with the spirit of the Maccabees,” he said, referencing the biblical Jewish rebels. “We need to take the war to the anti-Semites. When we do that, we will win. We have no choice.”