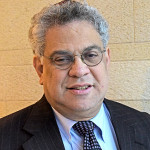 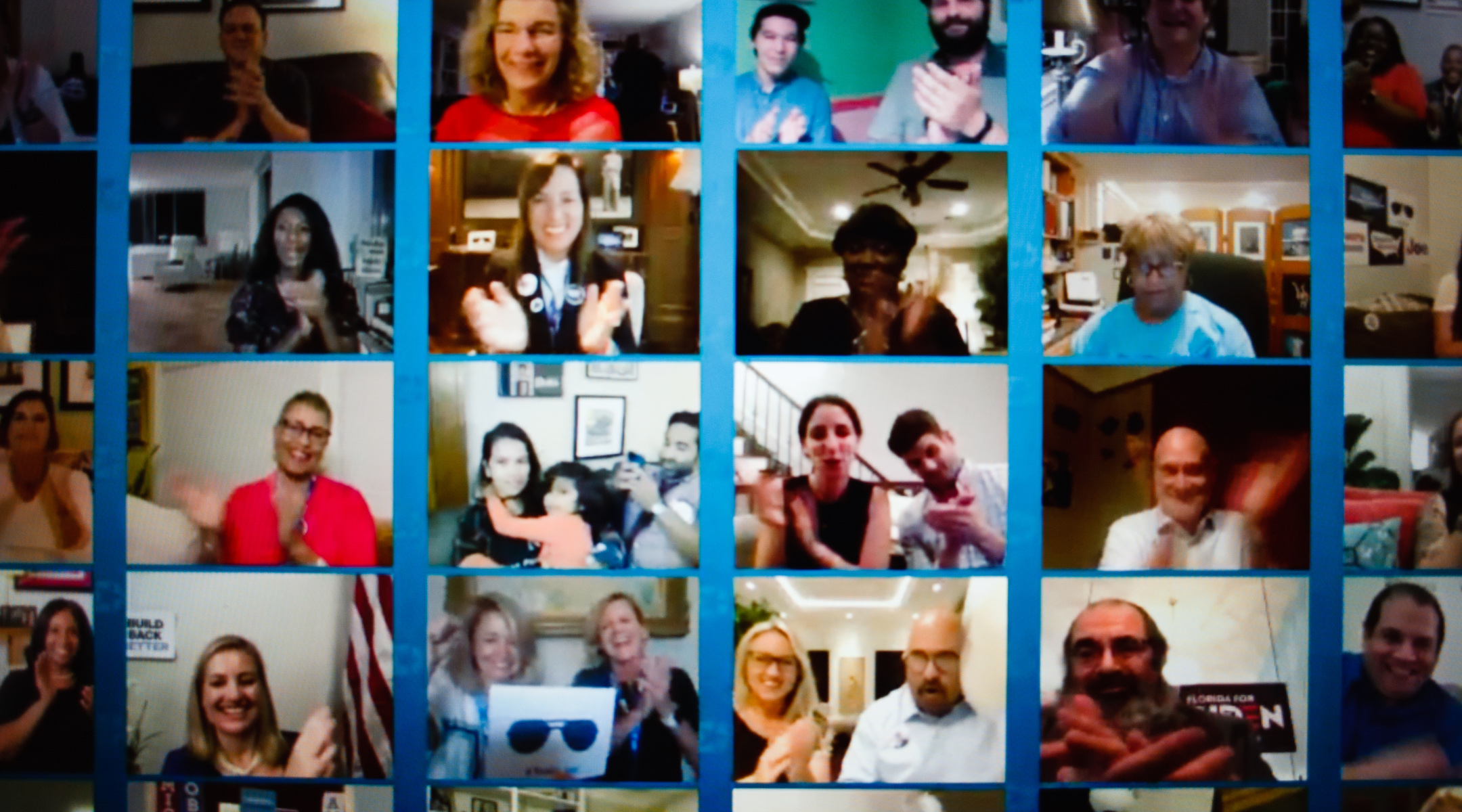 (JTA) — For months now, the rituals that mark our lives have been disrupted by the coronavirus. As the pandemic grinds on and the High Holidays approach, communities are grappling with how to organize Rosh Hashanah and Yom Kippur services that are both meaningful and safe. For most of us, that almost certainly means streaming services online.

This is far from ideal. But as the recent Democratic and Republican conventions have shown, there are a number of ways we can up our game.

The two parties opted for somewhat different alternatives to the traditional confab. Democrats chose an all-virtual convention, as speakers beamed in via satellite or video stream from hundreds of locales across the country. Republicans preserved some in-person elements at their original convention site in Charlotte, North Carolina, but most of their convention was telecast from the large neoclassical Mellon Auditorium in Washington, D.C., and the White House.

For years, synagogues have been quietly streaming religious services for those who could not participate in person, but there was little creativity. Typically, a single camera was mounted in the back of the sanctuary. Then came the pandemic, and those static shots weren’t cutting it anymore.

Some synagogues have responded by installing cameras that could do a few tricks, like zoom and pan. But none have nearly approached the kinds of productions that the major political parties put on in the past two weeks. Here are a few lessons that synagogues planning to stream High Holiday services this year might borrow from the first streamed conventions.

Get a greeter: On the first night of the Republican convention, RNC chair Ronna McDaniel thanked viewers for tuning in. Four Hollywood actresses hosted the Democratic convention. Doesn’t your synagogue also have greeters who welcome you when you arrive and show you what service is which and where the coat room is? Don’t ditch them just because no one is putting away a coat this year. Because we will not convene in flesh and blood, we need some interaction. So also record a bunch of congregants speaking direct to the camera, wishing their fellow congregants a Happy New Year — and not just the board president and other notables. Actually, get every congregant, period. Open your service with the greetings or drop them in here and there to mix things up.

Are we live? One of the ways the conventions really shone was by interspersing prerecorded videos with live ones — a move so seamless it often wasn’t clear which was which. How great was Michele Obama at the DNC? Recorded. How about the Democrats’ roll call of nomination votes by the states? Recorded. OK, so that had ridiculously high production values and was filmed in 57 locations, but it doesn’t need to be. Maybe your cantor prerecords a choir singing? You couldn’t have all those people in synagogue singing together anyway. So record them and play it during the service at the appropriate time.

Multiple cameras: Did you notice how often the convention broadcasts switched camera shots of the same person speaking? That’s crucial to break up the viewing experience. So if you can afford it, get multiple cameras. Even just one more than the static fixed shot from the back of the room, and the ability to seamlessly switch between them, is a big help. And the more the merrier — but only to a point. Rule of thumb: one or two head-on cameras, and then however many more you can handle at different angles and distances from either one side or the other — but not both. Ever see the reverse angle replay during a football game when the players are seen literally running in the opposite direction from what you’ve been watching? It’s disorienting. Same thing here.

Now over to you: In a normal year, each convention takes place in a single cavernous room. Not this year — and the parties used that flexibility to create some nice variability. You could do the same in your synagogue. How many worship spaces are there in your building? How cool would it be to use all of them? During the course of your service, perhaps prayer leaders can operate from different parts of the building. And when it comes time for them to do their thing, the previous leader tosses to their colleague: “And now over to Cantor Goldberg in the Cohen Chapel.” Or, “Here’s Rabbi Rosen doing tashlich by the lake.” If you have it on camera, that is.

Virtual background: The Republicans sure do love those American flag backdrops. But they also used remote shots to generate backgrounds that were often more interesting than what the Democrats were using. So should you. Where will your presenters be when they’re on camera? Somewhere interesting in their house? The table where their Shabbat candlesticks and other household Judaica live? The backyard? Let’s think about it for once.

In memoriam: Do you like the retrospectives of those who died in the past year featured at the Academy Awards? The Democrats did one this year, and your synagogue should, too. Show photographs of congregants who died since last Rosh Hashanah and put some nice music underneath. The second movement of Dvorak’s Symphony No. 9 works well. It’s a lovely transition and a nice way to honor the departed at the same time. During the actual Yizkor memorial service, a high point of the Yom Kippur liturgy, perhaps encourage people to share photos or other objects that remind them of departed loved ones over Zoom or just keep them among themselves. One rabbi told me that she intends to wear her mother’s tallit and her father’s kippah.

Most important, don’t be afraid to dispense with a drab livestream. We can innovate and draw on the conventions to create compelling and spirited virtual services. We need only try.

A good rabbi friend cautioned me that of all years, this is the one to suspend our judgment about what happens — stylistically and with respect to religious tradition. We are all seeking God’s compassion on the High Holidays, and that begins with our own ability to be compassionate and suspend our inner film critic.

It doesn’t help us to focus on making things feel as they did before — so much has changed. We are here to have a new experience. So let’s be open and forgiving and show that we can be together even when we’re apart.

Steve Rabinowitz
Steve Rabinowitz served as the director of design and production in the Clinton White House. He worked on the national staffs of nine U.S. presidential campaigns, has attended 10 presidential nominating conventions and was for two decades a political and media adviser to the Conservative and Reform movements. He is a founder of Bluelight Strategies, a public relations firm in Washington, D.C.
The views and opinions expressed in this article are those of the author and do not necessarily reflect the views of JTA or its parent company, 70 Faces Media.