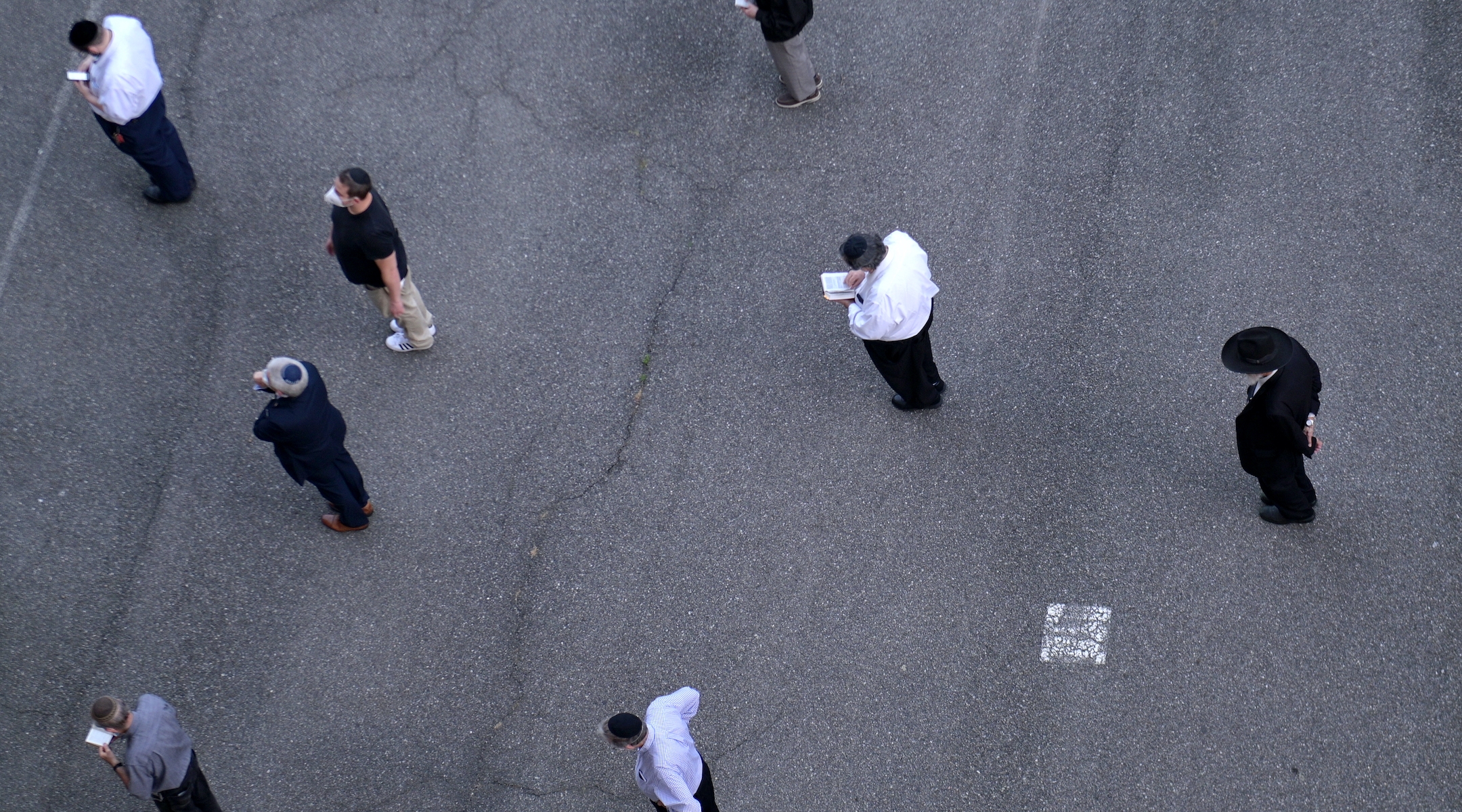 (JTA) – As Jewish day schools begin in-person classes, a group of 138 Jewish doctors on Long Island are sounding the alarm over an uptick in COVID cases and a relaxing of precautions in local Orthodox communities.

“After a quiet summer, cases are now on the rise, specifically in our community. COVID-19 is not a political issue, nor is it old news,” the doctors wrote in an open letter. “If our goal is to keep shuls and schools open and our neighborhood stores in business, we need to recognize that the uptick demands that we take it seriously and follow appropriate precautions.”

We’ve made incredible progress in the fight against COVID-19, but we can’t let our guard down. We’ve seen an uptick in Borough Park. We’ll be doing community outreach. Keep doing what works: avoid large gatherings, practice social distancing and wear a face covering.

The doctors’ letter explicitly referenced large weddings and other celebrations as events with potential to spread the virus within the community.

“As current contact tracing evidence has shown, many of the new cases of infection have arisen from large gatherings (weddings, bar and bat mitzvah, concerts …) where social distancing and/or mask wearing was not strictly observed,” they wrote.

Dr. Annie Frenkel, an obstetrician and gynecologist in Nassau County and one of the initiators of the letter, noted a widespread relaxing of precautions, like mask wearing and social distancing, over the past several weeks. Frenkel said she had several patients cancel appointments in the last week due to exposure to someone with COVID.

“Everyone was pretty much compliant in the beginning,” she said, “but in the last two to three months, the tide seemed to change. There was a sense that people felt like it was over, they didn’t need to worry anymore.”

Frenkel said she saw people on Central Avenue, the main street that runs through several large Orthodox communities in Nassau County, gathered in groups without masks. But she pointed to the resumption of large weddings as a particular problem.

Even more worrying to Frenkel is what she calls an “anti-mask movement” stoked by influential figures within the community on social media who view masks as an infringement of their freedom of expression.

The doctors concluded the letter asking for the community to trust in medical experts to guide them through the pandemic.

“You trust us to take care of you when you are sick and at your most vulnerable, and in life and death decisions. … We collectively request that you trust us in this, as well,” they wrote.