Our yard sign was stolen and vandalized with vile hate speech. Here’s how we made the best of it. 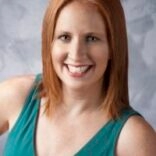 Samantha Taylor
September 9, 2020 3:51 pm
from Kveller This link opens in a new window 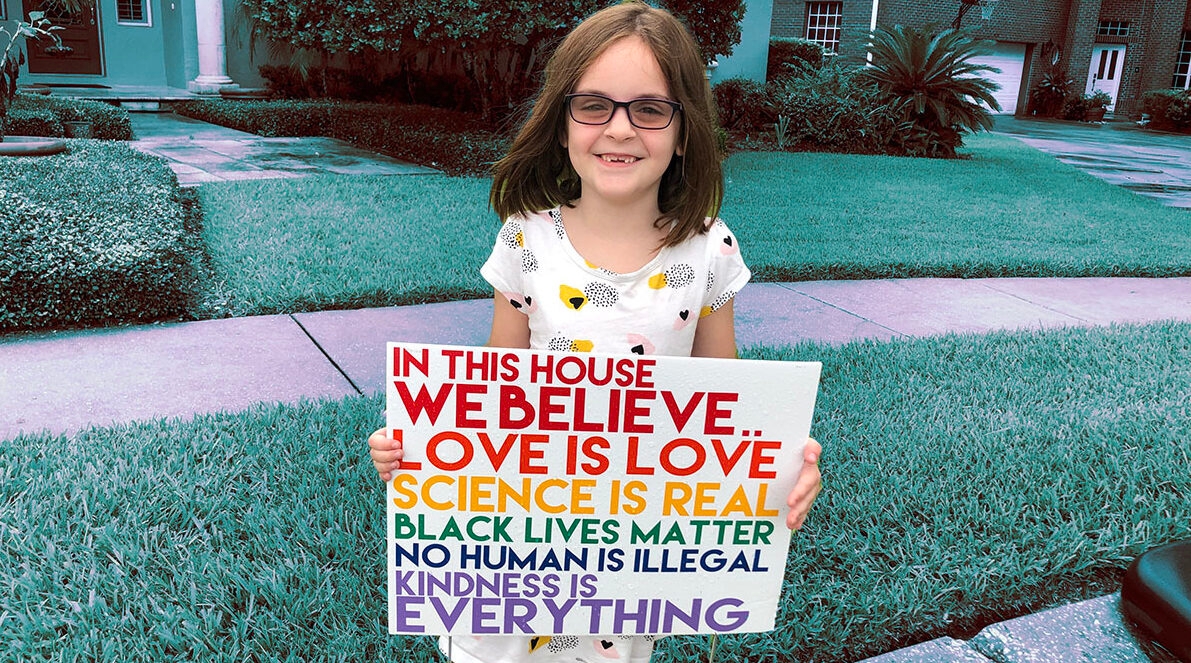 A sign reading "In this home, we believe love is love, science is real, Black Lives Matter, no human is illegal, kindness is everything." (Samantha Taylor)
Advertisement

(JTA) — If there were a theme for my family’s quarantine, it would likely be “projects.” The five of us — my husband, me and our three kids, ages 6, 12 and 15 — have done dozens and dozens of projects, both big and small, over the past five-plus months.

We have painted nearly every wall in the house that needed painting, planted a vegetable garden in the backyard and scanned every single photograph in our house. In early July, we decided to make a sign. My husband had seen several examples of a popular sign online: “In This House We Believe Love Is Love, Science Is Real, Black Lives Matter, No Human Is Illegal, and Kindness Is Everything.” We worked together to make the sign just like we wanted it — I used my vinyl-cutting machine to create the letters, our 6-year-old picked out the colors (rainbow, of course), and my engineer husband laid them out with exact precision. It took us a few hours to make our masterpiece, which we proudly displayed in our yard.

We never could have guessed that several weeks later it would lead to a hate crime.

We live in a conservative county in Florida, and to be honest, we were pretty certain someone would eventually steal the sign. For that very reason we pointed one of our security cameras directly at our front lawn. Still, we wanted to do something to show our support as the Black Lives Matter movement gained momentum, and we felt that broadcasting our views to our neighbors was a good place to start.

But then, last Sunday, I got a call from my neighbor. She and her husband had been on a morning walk. About half a mile away, they had spotted a sign at the entrance to another neighborhood with hate speech on it. When they picked up the sign to dispose of it — so that others, particularly children, wouldn’t have to see it — they realized the hateful message was scrawled on the back of our sign. She told me that she had placed it on our driveway and warned me that I was not going to be happy.

She was right. I went outside and picked up our beautiful sign. Written on the back in pencil were the words “F**k” and the N-word. I started to physically shake. I brought the sign inside and showed it to my husband. We were absolutely stunned.

Then we remembered — THE CAMERA!

We ran to the camera, grabbed the SD card and popped it into our computer. There it was, at 3:20 a.m.: A white minivan pulls up, with intention, in front of our house. A young white man (we are guessing he’s a teenager) jumps out of the car, grabs the sign and yells the N-word at the top of his lungs. He barely makes it back inside the van before his female driver speeds away. The license plate was not readable.

Watching this, I started shaking again. My husband and I called the police. While we waited for them to arrive, we gathered the children to tell them what had happened. We explained that someone had taken our beautiful sign in the middle of the night, and those people chose to write something very hateful against Black people on the sign and put it in the ground about half a mile away. We told them the police were coming and they shouldn’t be worried, and that it is our duty as good citizens to report behavior like this, and even if they never catch the people who did this, we will have done the right thing.

About 30 minutes later, two police officers came — one happened to be female and African-American. I was honestly relieved because I was worried that this wouldn’t be taken seriously. I made sure my 6-year-old met the police officers and thanked them. The officers said there wasn’t much they could do because the car wasn’t identifiable. They said we could file a report anyway to have it on the record in case something like this happened again, which we chose to do.

Our home is on a cul-de-sac at the end of a mile-long road. No one just came by this sign accidentally at 3 a.m. — someone saw the sign and decided that it was so offensive to them that they were going to come and steal it in the middle of the night. That’s scary.

We live in a quiet suburb tucked away halfway between Daytona Beach and Disney World in Orlando. Nothing much happens here when it comes to the Black Lives Matter movement. When we watch TV and see unspeakable racism, and we see rallies and protests, it seems so far away. But when it happens in your front yard, it makes it very real.

Initially we hesitated to post about this incident on social media, and we shied away from talking to reporters when approached. But, the bottom line is, our Black friends don’t have that choice: Every day they face the world as Black Americans, not knowing who will show them hatred. My husband and I realized that if we don’t show this ugliness to the world when it happens, we aren’t doing our part to support our Black friends. That just isn’t acceptable to us.

As a Jewish girl with red hair and freckles growing up in an Orlando suburb, I didn’t “look” Jewish. I could regale you with stories of anti-Semitic things I heard when no one thought there was a Jewish person around — it’s sickening how hateful people can be. I’ve learned over the years to speak up, and I want my children to learn that lesson, too: Speak up for yourself, speak up for your friends and call out racism whenever it rears its ugly head.

As for the sign, we spray-painted over the hateful message. The sign is now back in its rightful place on our lawn, but instead of hate speech, there’s a new message to any future thieves: “Smile, you are on camera.”

Samantha Taylor
is a wife and mother of three from the Orlando area. Before the birth of her third child, she was the associate editor for three lifestyle publications in central Florida. Samantha was recently named Volunteer of the Year for the JCC of Greater Orlando and is a graduate of the Bornstein Leadership Program through the Jewish Federation of Greater Orlando. In her spare time she enjoys visiting with family and friends, rooting for the Gators, and watching her longtime pal Mayim Bialik on The Big Bang Theory.
The views and opinions expressed in this article are those of the author and do not necessarily reflect the views of JTA or its parent company, 70 Faces Media.