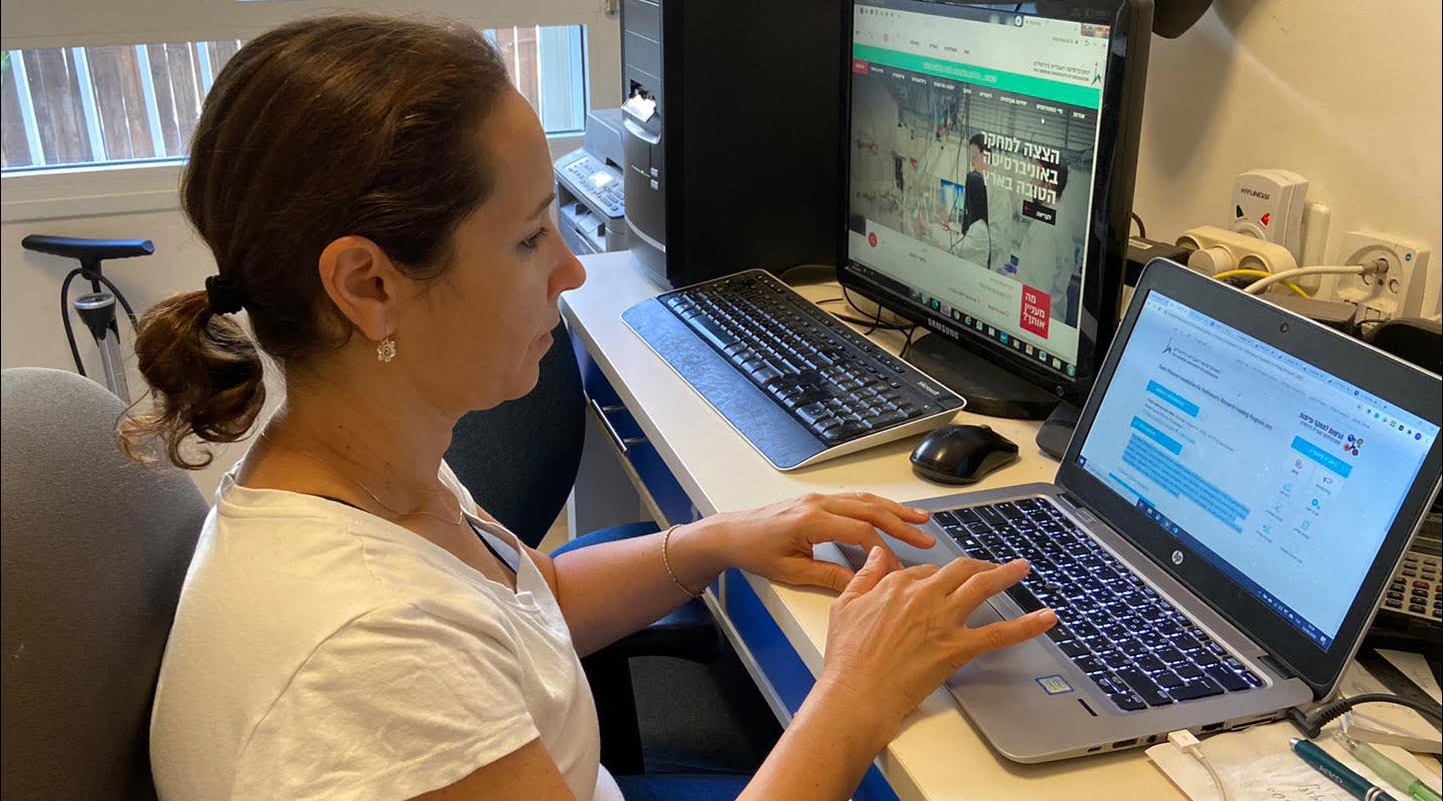 Research by Yafit Gilboa of Jerusalem's Hebrew University on cognitive decline among cancer survivors has taken on added urgency in the age of the coronavirus. (Courtesy of Yafit Gilboa)
Advertisement

Shoshana, 48 years old and the single mother of a teenager, recently completed three years of chemotherapy for breast cancer.

But the treatment compromised her immune system, which is why Shoshana, terrified of COVID-19, didn’t send her teenage daughter back to school even after the schools reopened in her hometown of Jerusalem. Unable to leave her apartment, Shoshana says that being indoors and isolated from others has left her feeling depressed.

Yossi, 32, is a haredi Orthodox elementary school teacher in the Israeli city of Beit Shemesh. A father of four, he was treated for lymphoma not long ago. But the “brain fog,” or cognitive impairment, caused by chemotherapy has affected Yossi to the point where he can’t remember his daily schedule. Having to teach classes online from home has compounded his frustrations.

Tamar, 35, also is in remission from lymphoma. The Tel Aviv resident realized early on in the pandemic that it wouldn’t be safe for her to take buses. She decided to move to northern Israel and isolate herself from other people for three months, but the loneliness caused her to sink into depression. Tamar’s condition has since improved, and she’s now taking college classes via Zoom.

All three cancer survivors are part of an ongoing research project on cognitive decline led by scientist Yafit Gilboa of Jerusalem’s Hebrew University.

“Healthy people are already going back to work, but these people stay at home and avoid anything that involves going outside, including visiting hospitals for appointments and getting support,” Gilboa said.

“And because of the pandemic, people who usually join support groups are not going to the meetings anymore. They’re more depressed and less occupied because they can’t participate in meaningful activities.”

Gilboa’s “occupational-based tele-rehabilitation” study, which began two years ago, has taken on added urgency in the age of coronavirus. The study compares how cancer survivors respond to cognitive training and targeted functional rehabilitation with those who receive no additional therapy at all.

A study by Asya Rolls of the Technion-Israel Institute of Technology is investigating whether all the added pandemic-related stress actually reduces the ability of cancer patients to fight COVID-19.

Both scientists’ projects are financed by the Israel Cancer Research Fund, or ICRF, which raises millions of dollars in North America to support the work of scientists working on cancer-related research across more than 20 institutions in Israel.

The work of Gilboa and Rolls seeks to better understand how the central nervous system, which affects cognition and depression, is either affected by the pandemic or can contribute to the body’s response to it, said Dr. Mark Israel, executive director of the ICRF, which is based in New York.

“It’s gratifying and exciting to see that ICRF-funded scientists have developed, based on their cancer research, broad, conceptual approaches that can be adapted to meet novel, emerging research needs such as COVID-19,” Israel said.

Gilboa, whose study is receiving $250,000 from ICRF over a three-year period, said about 75% of cancer patients report subjective cognitive decline that was not present before the disease. The effects often linger long after the cancer itself is in remission and the patient no longer requires therapy.

“Some physicians don’t agree that ‘chemo brain’ exists, but most patients do complain. It relates to the chemotherapy, which probably affects cognitive function,” Gilboa said. “Many cancer survivors also suffer from mild to moderate depression because they’re in a continual situation of not being able to participate in what matters most for them because they’ve been ill for such a long time.”

Gilboa’s study includes cancer survivors who have been in remission for at least two years. Ultimately it will involve 75 people divided randomly into three groups of 25 each.

The first cohort, the control group, will receive no treatment and be seen only at the beginning of the study and again after three months. The second group will have computerized cognitive training three times a week for 15 minutes each. Afterward, both groups will be measured on attention and memory skills.

The third group will be given two kinds of intervention: cognitive training as well as functional rehabilitation, with specific training tailored to the patient’s personal goals.

“Many people complain about cognitive impairment after their cancer treatment, but most of what’s given to them is computerized training, which doesn’t really address their daily functional needs,” Gilboa said. “A lot of them have trouble reintegrating into social roles.” 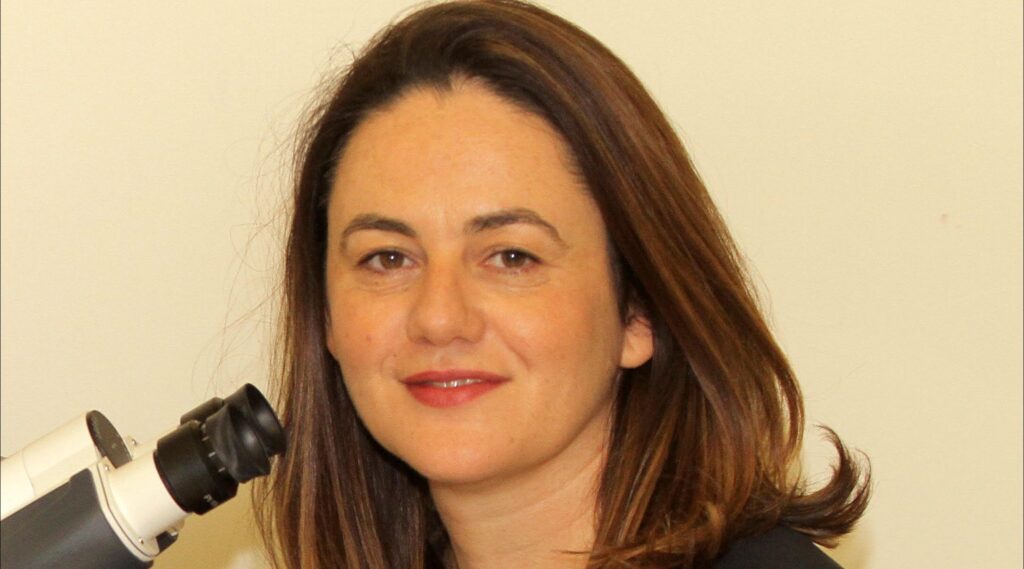 Asya Rolls of the Technion-Israel Institute of Technology is investigating whether pandemic-related stress reduces the ability of cancer patients to fight COVID-19. (Courtesy of Rolls)

Rolls, a neuroscientist, is experimenting with mice to study how stress may affect the body’s ability to fight off disease, whether from bacteria or virus. The coronavirus pandemic has been accompanied by a significant rise in stress and depression, according to health care experts, making Rolls’ research relevant to the battle against COVID-19.

“We’re going to see the outcomes of this outbreak way beyond the direct effects of the virus on those who were infected,” she said.

With cancer, nerve fibers are present in tumors. So it’s likely that stressful situations, which affect nerve fibers, impact the development of tumors.

“We are working on the connection between one’s mental state and how the immune system fights bacteria and tumors,” Rolls said. “In recent years, it has become clear from various epidemiological studies that one’s mental state actually affects the ability to cope with cancer. The question is how.”

Rolls, whose 15-person lab is funded by a two-year ICRF grant totaling $150,000, said she aims to “translate this big psychological question into a physiological one, something we can actually measure in biological terms, so we can quantify how the brain — the source of our emotional state — can affect a tumor that develops somewhere else in the body.”

Rolls and Gilboa are pursuing research that ultimately could prove crucial to understanding how COVID-19 affects the nervous system and how the nervous system affects COVID-19. That, in turn, could help millions around the world struggling with this disease.