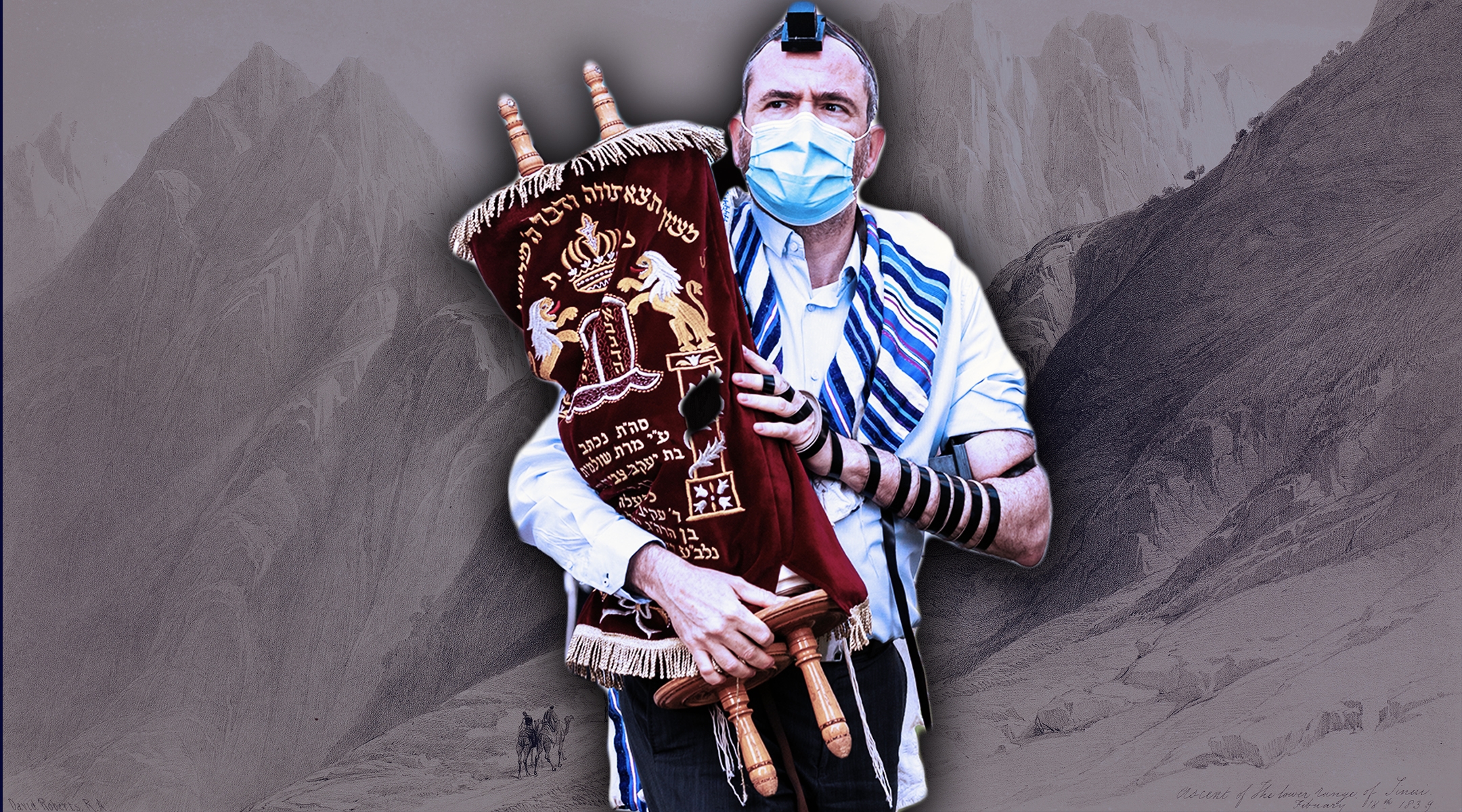 NEW YORK (JTA) — On March 11, we decided to close The Jewish Center, the large Orthodox congregation in Manhattan where I serve as senior rabbi. To some, it seemed like a drastic step for a century-old institution that’s been open every day of the year for as long as anyone can remember. It was early in the pandemic; the government hadn’t mandated the closure. Other houses of worship and nonprofits were still operating. But with a spike in cases in the broader community, we thought then — and continue to think now — that the cautious path is the better one.

Ours was one of the first synagogues in Manhattan to close. As news of the impending pandemic began to unfold, I spent hours on the phone with colleagues both locally and nationally trying to persuade them to make the same decision. As the call to “shelter in place” grew louder, we urged our members to spend Passover at home, even in cases where doing so meant celebrating the holiday alone. We encouraged them to wear masks before mask-wearing was obligatory. And when neighboring synagogues began to reopen in accordance with allowances made by the state, we remained closed, steadfast in our belief that an emotional attachment to the idea of shul constituted insufficient grounds to reverse course. Data and deliberation drove our decisions.

Over the past few months, questions of how and when to reopen businesses and schools have thrown into relief the factionalism that currently plagues our country. It seems our discourse of late has become dominated by binaries.

But it’s not only our punditry that paints with black-and-white brushstrokes; it’s our citizenry. Historically, national emergencies have had a habit of bridging gaps, pushing differences to the periphery or uniting competing voices. It’s particularly lamentable that this pandemic has not only failed to create more national solidarity; it has highlighted and exacerbated our divisions. And now there are those who would have us believe that COVID-19 is an all-or-nothing proposition, as if there were a choice between accepting or denying the lethality of the threat.

But the idea of competing or coexisting truths doesn’t force us to choose sides. It invites us to grapple with complexity. This is, in fact, one of the great themes of Rosh Hashanah. We are not only capable of holding competing ideas; our tradition insists that we’re obliged to do so. One cannot utter the words Avinu Malkeinu without confronting this reality: We approach God as the just ruler of the universe even as we call out for the compassion of an empathetic parent. We embrace the solemnity of the day even as we celebrate it. We blow a shofar that betokens both triumph and trepidation.

It’s possible to believe in both science and religion. It’s possible to have faith in the words of epidemiologists even as we profess faith in God. We see no contradiction between the two. Our first imperative is to preserve life. If science allows us to adhere to this paramount halakhic value, then we will, adhering to the best scientific advice, create an environment that still honors the value of communal gathering and communal prayer.

The Jewish Center will be open on Rosh Hashanah and Yom Kippur. But we’re taking the pandemic as seriously as our prayers: Our services will be abridged. Everyone in attendance will be wearing a mask and socially distanced. Instead of a sanctuary and auditorium packed with people, we’ll be fanned out across no fewer than eight minyans in five locations — including our rooftop and an outdoor space arranged in collaboration with the city and police department. We won’t be singing. And my sermons will be relegated to Zoom calls in advance of the holidays.

Wouldn’t it have been easier to just dial it in? Why have we gone to all this trouble to open our center during a pandemic?

The answer begins with the data. While we remain vigilant, the experts with whom we’ve consulted have advised us that the metrics in our area are encouraging, and that risk is low for healthy people who follow rigorous public health protocols. We haven’t told anyone that they are supposed to come to shul. In fact, for those who won’t be with us, we’ve made all kinds of accommodations to make sure their holidays are no less meaningful. But online holiday services are a nonstarter for Orthodox Jews. For those who are comfortable attending services, we want to make it possible.

Part of our mission is to lift up people and inspire them. Our goal is to give people the opportunity to connect with the Almighty and with the Jewish people.

No one will go home after services this year and rave about the congregational singing. No one will be debating the rabbi’s dvar Torah over lunch. This year, the inspiration will emanate from another source. It will come from the knowledge that our faith and our faith community are so essential to our lives that we’ve moved heaven and earth to make room for them.

Rabbi Yosie Levine
holds a doctorate in Early Modern Jewish History from Yeshiva University and is the seventh rabbi of The Jewish Center on Manhattan’s Upper West Side.
The views and opinions expressed in this article are those of the author and do not necessarily reflect the views of JTA or its parent company, 70 Faces Media.