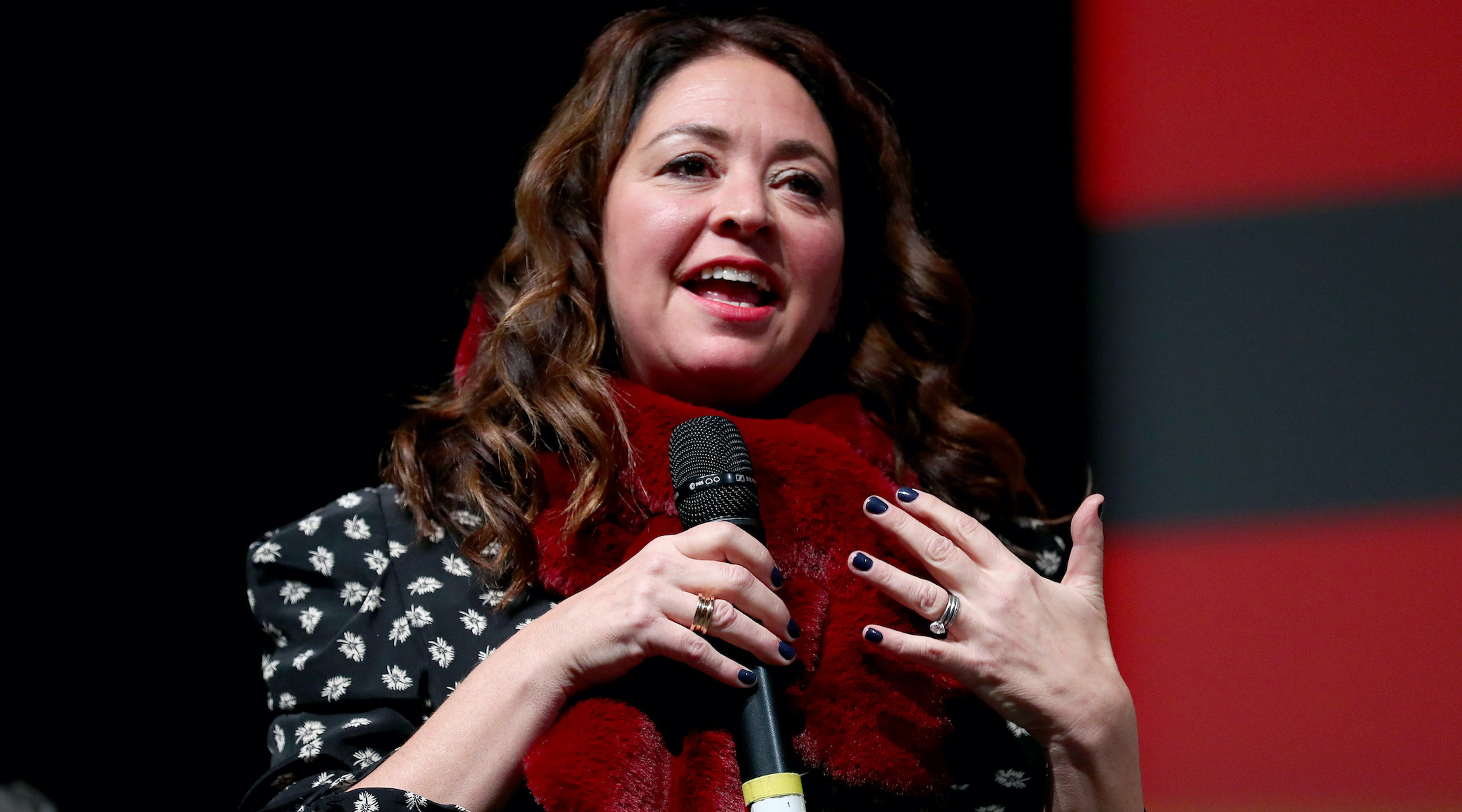 (JTA) — When star documentary filmmaker Liz Garbus thinks of “tikkun olam,” the Hebrew term for repairing the world, she thinks small — and big, at the same time.

“I don’t think in terms of changing the world,” she said. “I think about just one step at a time.”

Her next step is the film “All In: The Fight for Democracy,” on voter suppression, which debuts Friday on Amazon Prime. It explores Stacey Abrams’ run for governor in Georgia in 2018, a race that was marred by charges of voter suppression.

“All In” is far from the first blockbuster documentary for Garbus, 50, daughter of the famed civil rights lawyer Martin Garbus. Some of her other projects include the Academy Award-nominated “The Farm: Angola, USA” and “What Happened, Miss Simone?” and the Emmy-nominated “Ghosts of Abu Ghraib.” She also featured some of her father’s work in “Shouting Fire: Stories From the Edge of Free Speech.”

Raised on the Upper West Side of Manhattan, Garbus grew up in a largely secular home. Though the family celebrated the High Holidays and she briefly attended Hebrew school, she was not a bat mitzvah. Still, she says, Jewish values of activism were inculcated in her.

“There is a long tradition of Jewish social activism,” Garbus said. “Jewish participation in the civil rights movement with African-Americans is part of it.”

Her father is proud of her accomplishments.

“He talks about it all the time,” Garbus said. “The great thing is that my daughter is politically engaged. I see them talking on the phone on a regular basis. She is the new generation and their conversation is about what it means to defund the police.”

At first Abrams, a longtime Georgia state representative, did not want to appear in the film.

“She wanted a film about voting rights,” Garbus said. “It was not her vision to make it about her [gubernatorial] race. It took us time to show her that it was important [to include her gubernatorial race] to help us tell the story, to place that race into the context of U.S. history.”

“There’s no formula,” she added when asked how she selects her subjects. “It’s about the story. What makes my heart go pitter-patter. Joy. Sadness. Rage.”