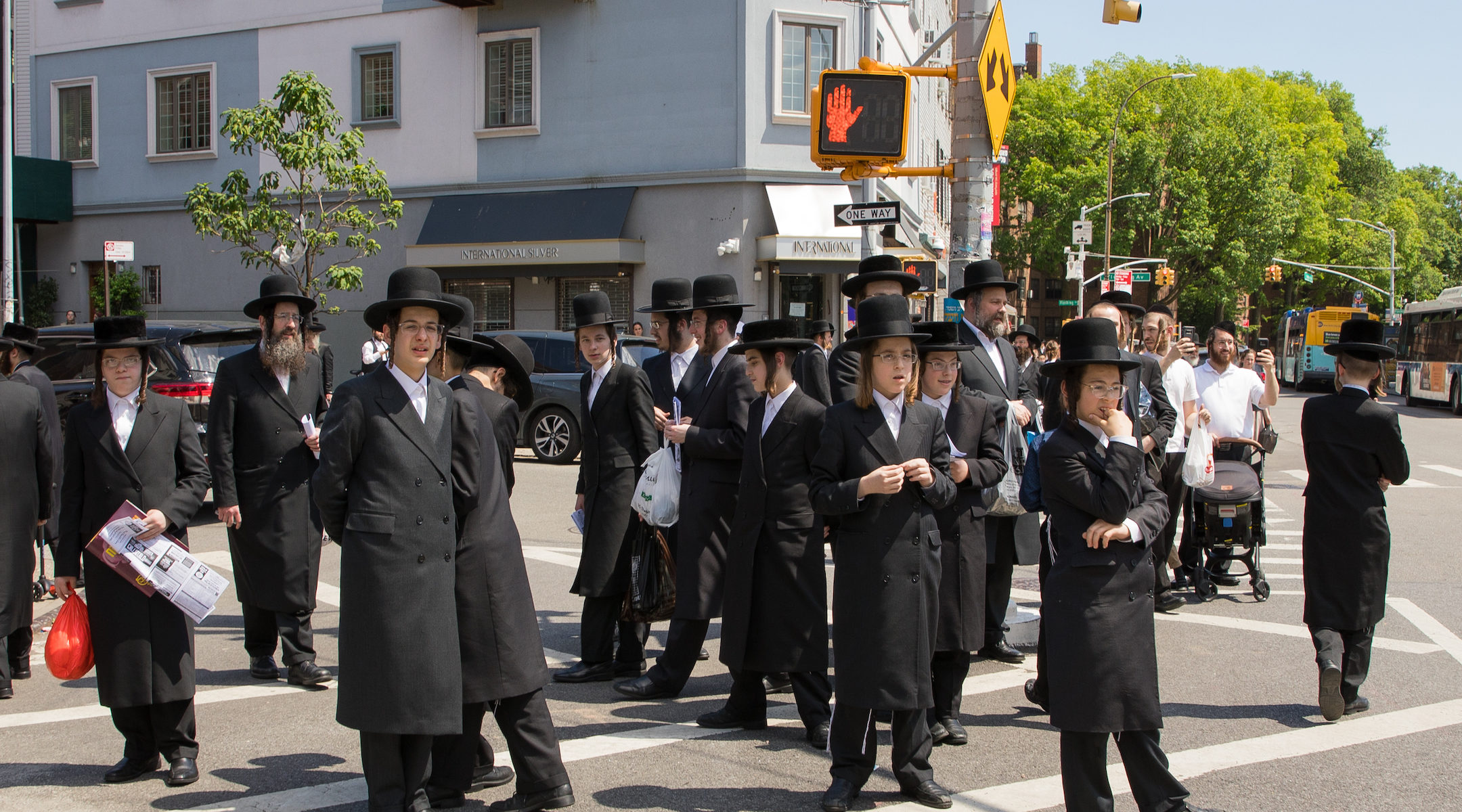 (JTA) – Six heavily Orthodox neighborhoods in Brooklyn and Queens are currently contributing 20% of all new COVID-19 cases in New York City, and rising cases there are cause for “significant concern,” city health officials announced Tuesday.

The new data comes amid signs of growing alarm in New York City’s Orthodox communities about the possible beginning of a second wave of cases, after a brutal spring and relatively quiet summer.

The data corresponds to what doctors on the ground in the neighborhoods are reporting — that the number of cases is rising sharply in areas that were hit hard in March and April.

Dr. Stuart Ditchek, a pediatrician in Midwood, said he had nine patients test positive yesterday out of a total of 31 tests, for a positivity rate of nearly 30%, compared to the citywide average of 1.2%.

Ditchek said he’s seeing an “exponential rise” in daily cases — and growing increasingly concerned that his community may face a second wave of disease like the one that was propelled by communal gatherings for the holiday of Purim in mid-March.

“It feels like Purim to me but worse because by Purim we couldn’t test, so we really didn’t know what we were up against,” he said. “I felt it was coming but now what we’re seeing is sort of a snowball effect every day.”

But the case numbers have continued to rise over the past several weeks, despite robocalls from health department officials targeting Orthodox neighborhoods and pleas for testing and mask wearing from the mayor himself.

In several neighborhoods in south Brooklyn, including Midwood, Borough Park and Bensonhurst — which the health department is now labeling the “Ocean Parkway Cluster” after the avenue that connects them — as well as in Williamsburg and Far Rockaway, cases tripled from Aug. 1 to Sept. 19. In Kew Gardens, a neighborhood in Queens, cases doubled in the same period.

While many of the cases over the last six weeks have been linked to the large weddings typical of Orthodox communities, which were resumed in many communities without masks or social distancing by the middle of the summer, the spread of the coronavirus in the communities has likely been exacerbated by a number of factors.

As weddings resumed in August, kids started returning from summer camps and families moved back to Brooklyn after spending the summer months in bungalow colonies in upstate New York. Schools recently resumed in-person classes in many Orthodox neighborhoods, with some flouting social distancing or mask wearing. And many synagogues have returned to their pre-pandemic capacities despite the continued threat of the pandemic, a sign both of the fervor with which the period of repentance leading up to the High Holidays are regarded in Orthodox communities and the widespread sense that the coronavirus pandemic had ended in the communities long ago.

Orthodox communities in Borough Park, Crown Heights and Williamsburg, three neighborhoods home to large Hasidic populations, were hit particularly hard as the pandemic first hit the United States in March after celebrations of Purim, a Jewish holiday often marked by parties and heavy drinking, came as the virus spread in the city but before restrictions were put in place.

By late spring, many in these communities had returned to normal life, resuming in-person studies in yeshivas and prayers at synagogues and largely forgoing the masks that were then becoming a common sight in the city.

To many, the extent to which the communities were battered by the virus in March gave them a pass to resume normal life as many assumed that the communities had achieved herd immunity. Indeed, through much of the summer, local health clinics reported few new cases of COVID-19 despite the resumption of normal activities.

But in August, the signs of a second wave began appearing in several communities, with weddings eyed as the culprit.

An administrator at a network of health clinics in Williamsburg saw the number of cases increase dramatically over the past week.

Where there had been one or two cases per week over the summer, those numbers increased to ten cases per week in early September and more than 50 cases just last week. The clinic is now preparing for a second wave with the same measures it took before the first wave, making sure the clinic has enough personal protective equipment and reviewing protocol for testing and isolating suspected COVID cases.

“We were like, oh, that’s kind of what happened with our cases in early March,” she said of the dramatically increasing cases.

With synagogues packed over Rosh Hashanah and Yom Kippur and Sukkot approaching, she expects the numbers to continue to rise over the next several weeks.

Just yesterday, she said, the clinics had 10 positive tests, 33 negatives and more than 20 pending results. Even if all of the pending tests are negative, the positivity rate at the clinic would be over 15% — more than five times what New York’s governor has determined is the threshold to safely operate schools.