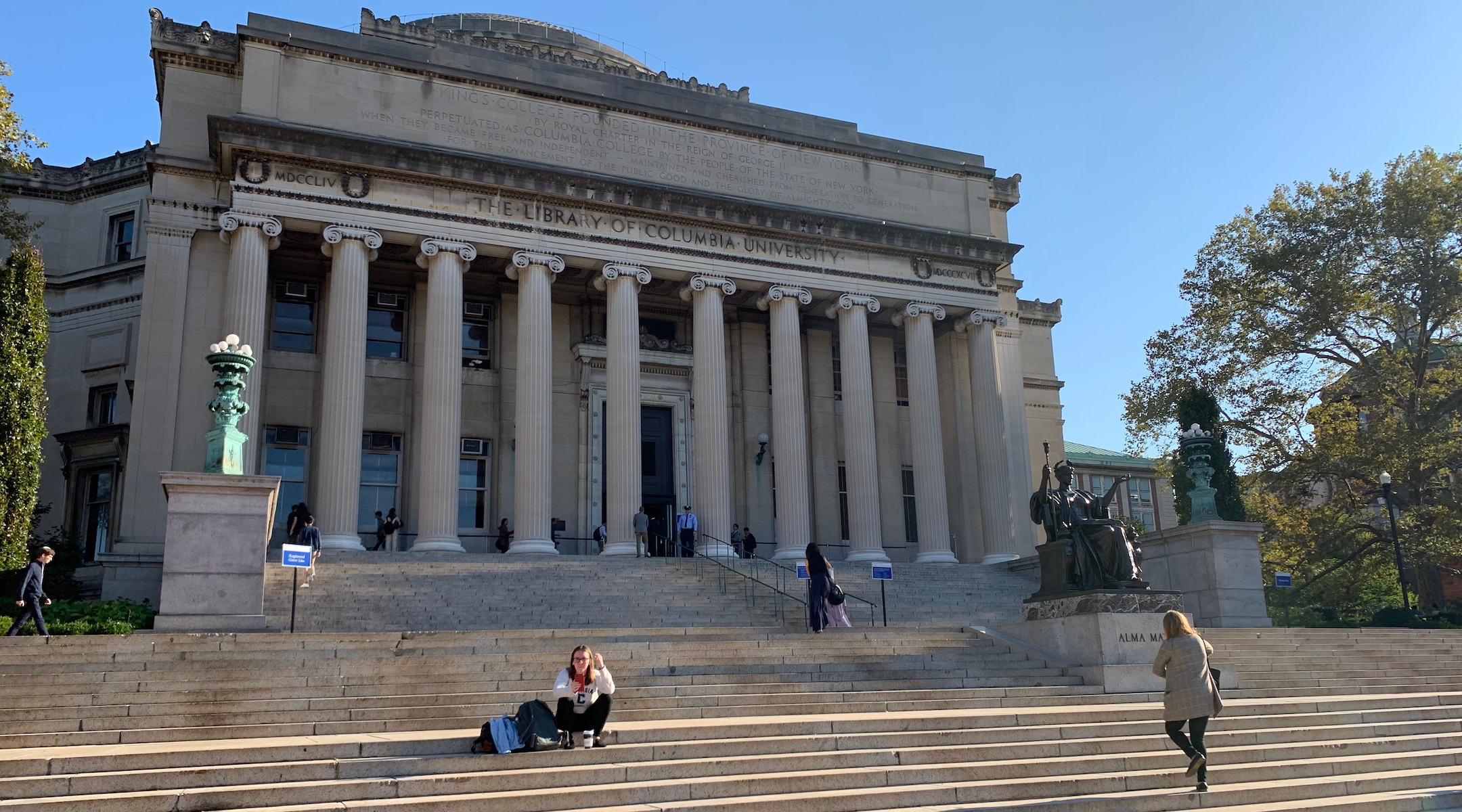 (NY Jewish Week via JTA) — Students at Columbia University have passed a first-ever referendum to boycott and divest from companies that “profit from or engage in the State of Israel’s acts towards Palestinians.”

The news was released to the Columbia student body via email Tuesday morning, the day after the Jewish holiday of Yom Kippur. According to the vote results shared with The Jewish Week, 61% of undergraduates who weighed in (1,081 votes) voted in favor of the referendum, 27% (485 votes) voted against it, and 11% (205 votes) abstained.

The referendum does not affect the university’s investments. Columbia University president Lee Bollinger released a statement Tuesday morning emphasizing that the university “should not change its investment policies on the basis of particular views about a complex policy issue, especially when there is no consensus across the University community about that issue.”

Bollinger, who earlier this year published a statement tying the movement to boycott Israel to the current rise in anti-Semitism, clarified that “questions about possible divestment of endowment funds are not decided by referendum” but rather through a process involving the university’s advisory committee.

Still, the student leader of an Israel advocacy group said the vote, which represents the first time the Columbia College student council passed the referendum and brought the vote to the student body, represents a “symbolic loss.”

“After everything that was done to pass this referendum, the president immediately came out with a statement that the university has zero plans to divest,” said Romy Ronen, a junior in the joint degree program of the Jewish Theological Seminary and Columbia University and the vice president of Students Support Israel on campus.

“Still, what the vote has accomplished is making the majority of pro-Israel students on campus feel unsafe, victimized and disappointed,” said Ronen. “It makes it feel normalized to boycott and divest from the only Jewish state, a place a lot of us call home.”

Members of Columbia University Apartheid Divest, a collaborative student group that includes Columbia Students for Justice in Palestine and Columbia/Barnard Jewish Voice for Peace, did not respond to a request for comment.

The group posted an announcement with the voting results on its Facebook page Tuesday morning, shortly after the results were released.

“We are so excited to announce that our divestment referendum has passed with majority student support at Columbia College! Thank you for your support and for voting, we couldn’t have done it without you! Full statement coming soon,” reads the post.

The referendum follows several previous attempts by Palestinian groups on campus to bring a BDS vote to the student body.

An advertisement encouraging Columbia students to “vote no” to the BDS referendum ran Sept. 20 in the Columbia Daily Spectator, a week before the vote. The advertisement, sponsored by Students Support Israel, said, “Vote NO to hate! Vote NO to keep Jewish student safe on campus.”

Hours after publication, the Daily Spectator published an apology for running the advertisement. The apology was signed by the publication’s editor-in-chief Karen Xia, managing editor Shubham Saharan and vice president Isabel Jauregui.

“The message, which referenced the Columbia University Apartheid Divest referendum, was clearly inappropriate and did not meet our standards for distribution,” the statement said. “We deeply apologize for giving this advertisement space on our platform and are immediately reviewing our internal processes to ensure that publication of such material will never happen again. Neither The Columbia Spectator nor Spectator Publishing Company endorses Students Supporting Israel and Columbia or its products, services or views.”

The referendum vote follows a federal complaint filed in December 2019 against Columbia University accusing the school of anti-Semitic discrimination. The case was the first filed since President Donald Trump’s executive order on combating anti-Semitism, which grants Jewish students the same protections as other minority groups.

In the complaint, student Jonathan Karten alleges “pervasive and ongoing” discrimination against Jewish students by other students and faculty at the school. It asks the U.S. Education Department to investigate and consider pulling all federal funding from the university.

The university’s director of media relations, Caroline Adelman, previously said the school had “no comment at this time” on the suit.