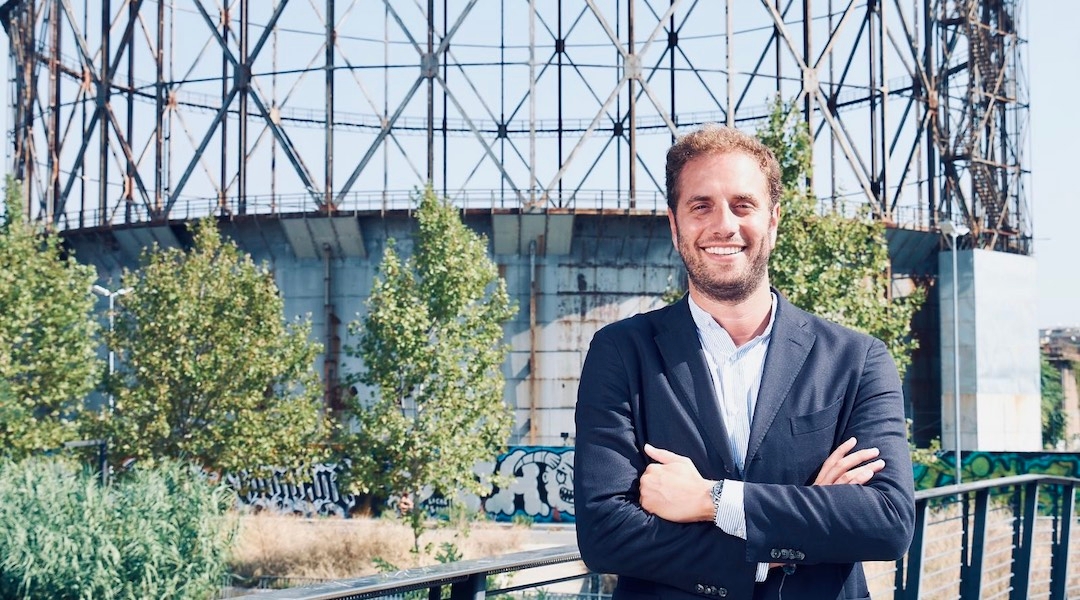 (JTA) — Tobia Zevi is candid: He wants to become the next mayor of Rome.

“I’ve dreamed of becoming mayor of my city my entire life,” he told the Jewish Telegraphic Agency in an interview. “For years, I’ve been thinking about how to transform it and make it more liveable for its residents and more attractive for its tourists.”

If he succeeds, he is set to make history, becoming the second-ever Jewish mayor of the Italian capital, the first in over a century.

The 36-year-old, who has been involved in both local and national politics for 15 years, announced this summer his run for the capital’s mayoral primary in 2021. Since the announcement, he has gained momentum in the crowded field thanks to a series of high-profile newspaper interviews and social media posts. Over the summer, Zevi took advantage of the city’s relatively low infection rate to start campaigning, after the country was severely hit by the coronavirus pandemic in the spring.

A center-left political activist, Zevi previously served as a political adviser to the former Italian Prime Minister Paolo Gentiloni. Currently, he works at the Italian Institute for International Political Studies, where he carries out research on urban studies.

Before entering national politics, Zevi earned his political chops in the world of Jewish Italian organizational life. He served as the leader of the national Jewish youth organization, UGEI, and as a board member of the Jewish Community of Rome organization. Zevi called his involvement “a very formative experience.” He added, “Jewish institutions served as a sort of ‘political gym’ for me.”

In his twenties, Zevi also co-founded an organization for Jewish youth leadership with Saul Meghnagi, a pedagogist who has long been involved in several Italian Jewish institutions. They named the organization after the philosopher Hans Jonas.

“I think Tobia’s commitment to the Jewish community is part of his training in the youth movement, as well as a family tradition,” said Meghnagi. “His family has always been sensitive to a dialogue with both the Jewish institutions and the surrounding, non-Jewish world. I believe that this dual approach is at the basis of Tobia’s interest in national and local politics.” 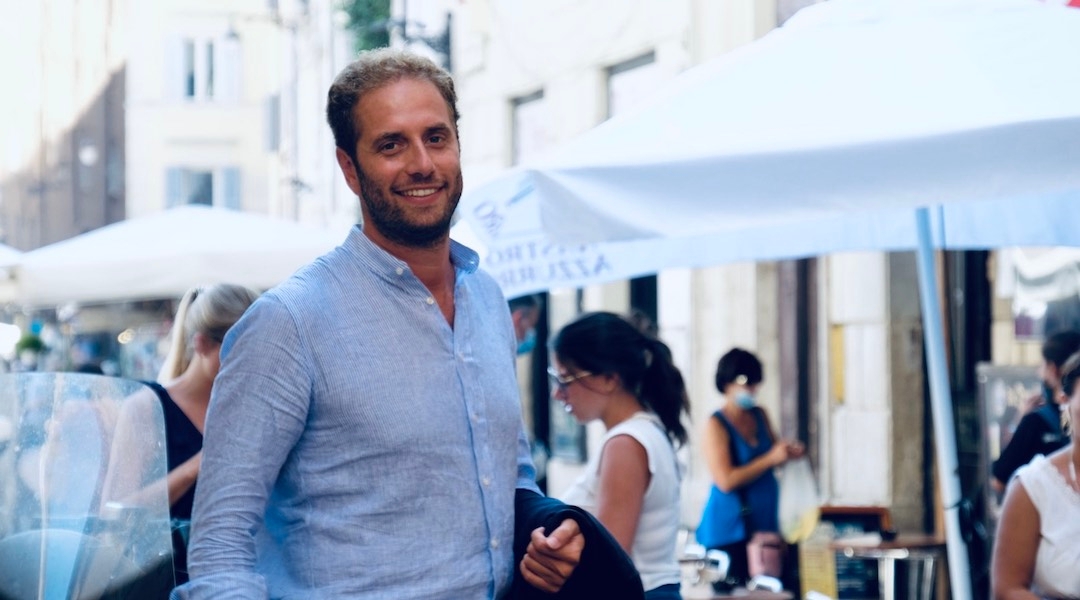 Zevi’s grandmother was a correspondent for JTA in the postwar years. (Courtesy of Zevi)

Luigi Manconi, a former Italian senator and family friend of Zevi’s, recalls that, when he was 20, Tobia approached him and asked to talk about politics.

“He told me he was interested in politics and in being a politician,” said Manconi. “The first piece of advice I gave him was to wake up at 7 every morning and read the Corriere della Sera newspaper cover to cover. After he graduated from university, we began working together.”

What drove Zevi to announce his run for office was the sense that his city is caught in a downward spiral. If he wins, he will inherit massive public debt, an overall atmosphere of decay and a disastrous public transportation system — which includes burning buses and collapsing subway escalators.

“I find it unbelievable that Rome, which is one of the most famous cities and brands in the world, has been transformed into a symbol of mismanagement, inconvenience and bad reputation,” Zevi said.

Zevi will likely face some fierce competition in an expected (but not yet confirmed) center-left primary in order to become an official candidate. If he succeeds, he will have to run against a right-wing candidate, as well as the incumbent — the now-unpopular Virginia Raggi from the anti-establishment Five Star Movement. 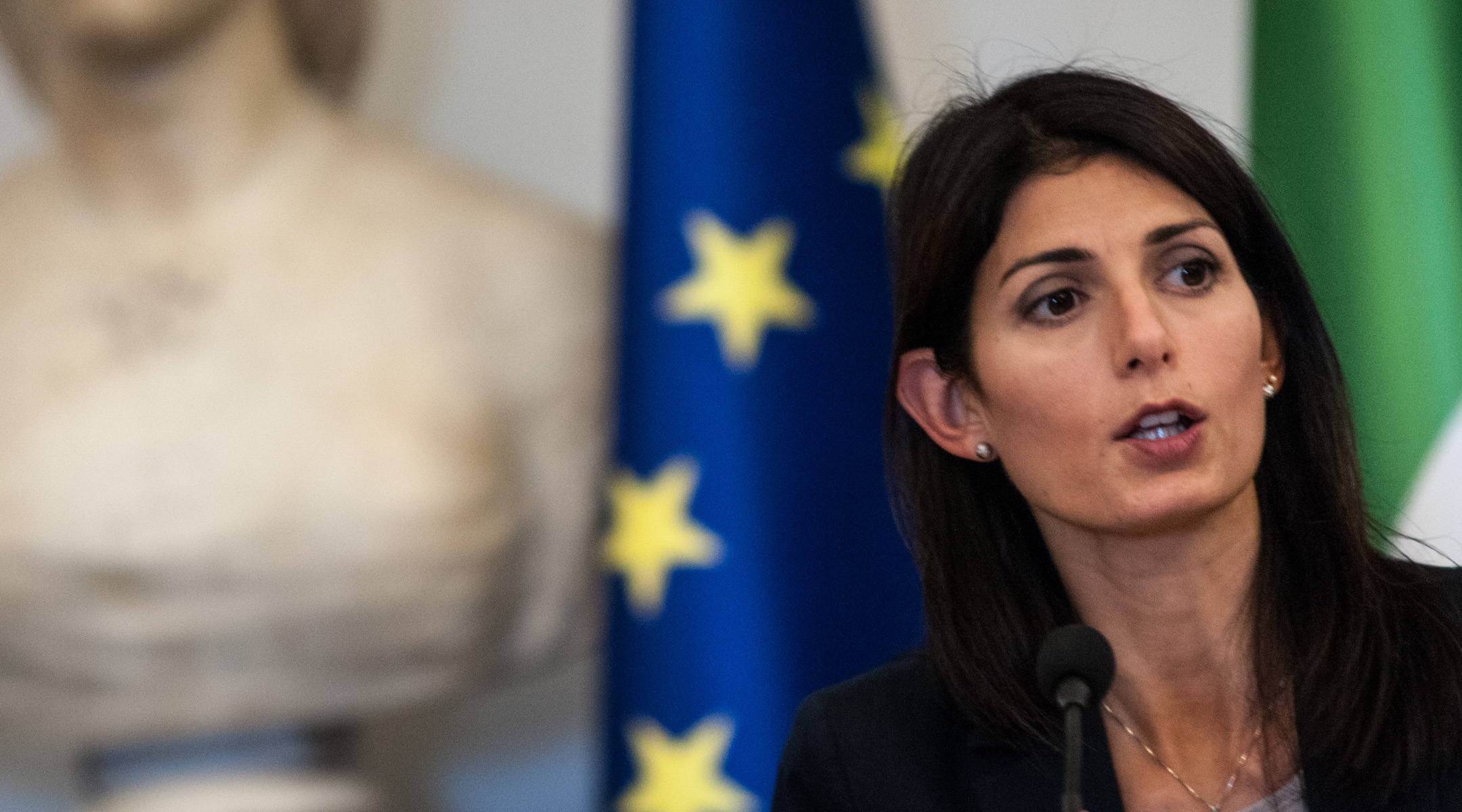 In the local Jewish community, Zevi is very well known.

He is the member of an ancient Roman Jewish family, whose last name can be found in an epitaph engraved on the walls of the Jewish Catacombs, which date back to the 2nd century A.D. His grandmother Tullia Zevi, who led the Union of Italian Jewish Communities for over a decade, was a correspondent for JTA in the postwar years.

Meghnagi believes Zevi’s candidacy will be appreciated by both the Jewish and non-Jewish communities.

“He can introduce himself to the general public not as an isolated figure, but as a politician capable of surrounding himself with people with specialized skills, suitable to restore the dignity of good government to Rome,” he said. “In particular, I think Jews will be able to see him as a defender of the rights of minorities and the safeguarding of the cultural heritage of each of them.”

If elected, Zevi would be the first Jewish mayor of the Italian capital since Ernesto Nathan, who was elected back in 1907. Nathan, a British-Italian politician, left a legacy as an advocate for secularism in public institutions, schools in particular.

“Ernesto Nathan was an international figure and followed an extraordinarily progressive program, which prioritized public education and healthcare,” said Zevi.

Being a Jewish public figure in today’s Italy — where the local community accounts to less than 30,000 Jews — is not a problem, Zevi said. He combatively fights occasional anti-Semitic insults that pop up on his Facebook page, but he does not believe there is an anti-Semitism crisis in Italy. In its place, he believes there is a widespread “hate culture,” which targets not only Jews, but more generally all minorities, such as immigrants, Black people and members of the LGBTQ community.

“I think Italian Jewry today faces several different challenges,” he continued. “There is the demographic issue, which involves all of Europe. People are having less children, and some are migrating to other countries, such as Israel or the United States. There is also the matter of the role of being a Jewish minority among many other minorities in Italy today; how can we contribute to the building of a multicultural European society?”

In the meantime, he has committed to visit various neighborhoods of Rome to meet with locals.

“Zevi may turn out to be the first liberal mayor — libertarian, left-leaning, and happily pragmatic,” said Manconi, the former senator. “He has all of the traits of political novelty, without having its vices — that is, true or fictitious naivety, inexperience and improvisation, the arrogance of those who claim to have invented the world.”