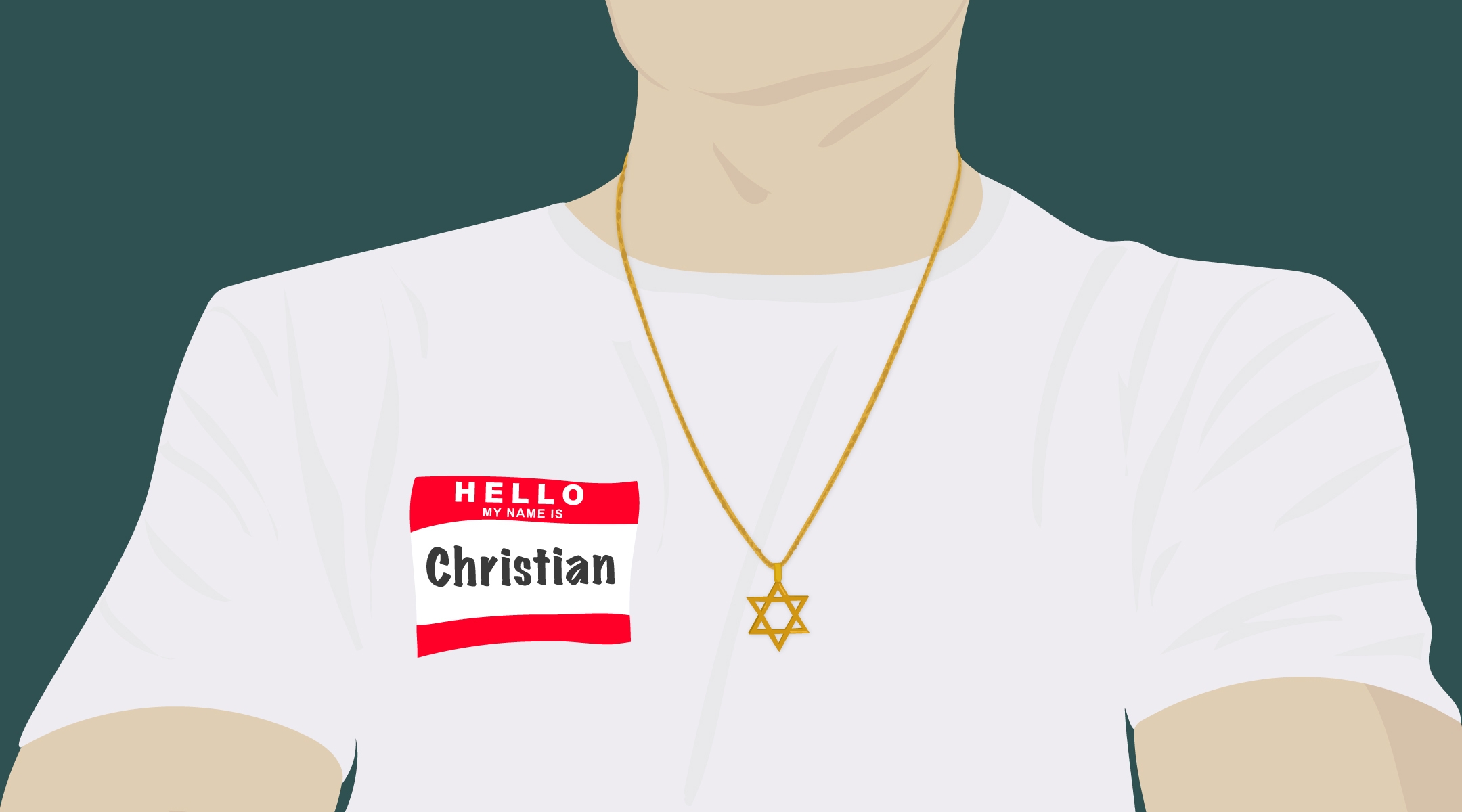 Although it is still relatively rare, it has become more common in recent decades for Jews to have traditionally Christian names. (Illustration by Grace Yagel)
Advertisement

(JTA) — Christian Goldenbaum is used to people doing a double take after he introduces himself. Almost every single day while living abroad in New York, London and Jerusalem, the 28-year-old São Paulo native was asked “How come a guy named Goldenbaum gets a name like Christian?”

Several times, religious Jews have expressed discomfort with his name — an Orthodox rabbi once insisted on calling him by his Hebrew name, Avraham, and his grandmother’s second husband would call him “the boy” growing up to avoid saying his first name. Another time, an elderly Israeli man demanded he change his name.

“He was very obviously very aggressive. He was basically saying, ‘You’re not one of us with this name,’” Goldenbaum recalled.

Many who meet Goldenbaum are reacting to the apparent conflict in his full name — while his last name is stereotypically Jewish, his first name contains the name of the Christian messiah. That combination is rare, but he’s not alone. 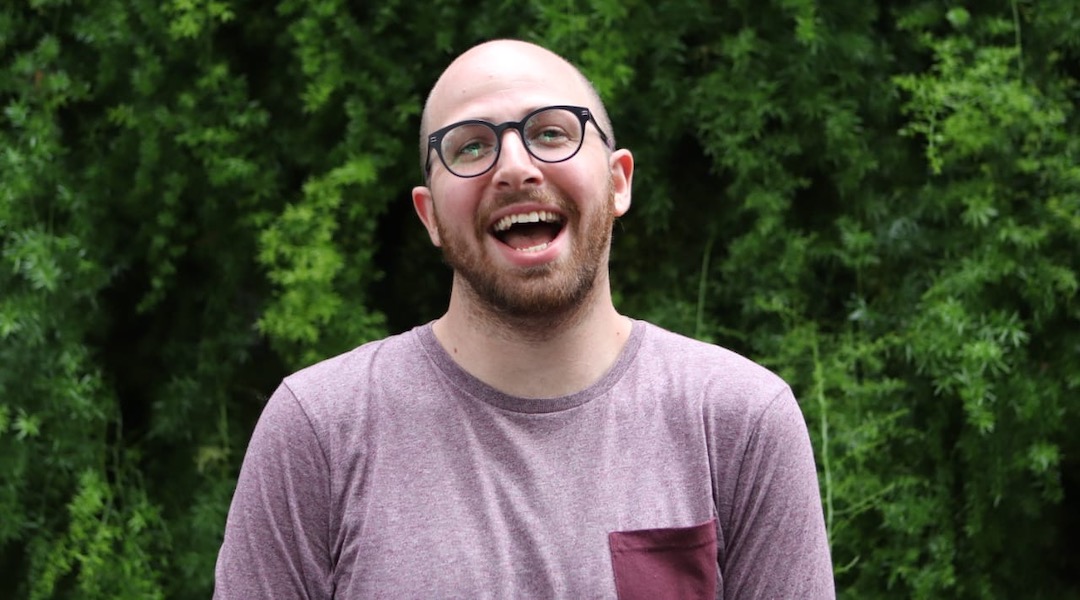 Christian Goldenbaum says he gets plenty of questions about his name when he is outside his native Brazil. (Ana Elisa Trude)

Fox News host Chris Wallace is perhaps the most famous example of a Jew with a traditionally Christian name. Wallace’s Jewish parents decided to name their son Christopher after he was born on Columbus Day, according to a New York Times profile of him, which in its first sentence describes him as “a child of two Jews who keeps a rosary by his bedside.” (The rosary is a gift from his Catholic wife whom Wallace accompanies to church on Christmas and Easter.)

Wallace, born in 1947, was named at a time when American Jewish naming practices were undergoing a shift. Though the earliest American Jews were likely to give their children biblical names, it wasn’t long before Jews started trying to fit into American naming conventions, according to historian Gary Zola, who said that in the 19th century it wasn’t rare to find Jews named after George Washington, Abraham Lincoln and other prominent American leaders.

“They might give their kid a name like James or Isidore, which is more Americanized instead of Israel. … Instead of Shalom or Shmuel, you become Seymour or Sy, and then you use your Hebrew name that you’re given in the synagogue,” said Zola, who is the executive director of the Jacob Rader Center of the American Jewish Archives and a professor of at the Hebrew Union College-Jewish Institute of Religion in Cincinnati.

This trend continued until the middle of the 20th century, when names seen as further from the tradition started entering the community. In some cases, non-religious Jews liked a certain name — like Christopher — and didn’t view it as necessarily having ties to another religion.

“That kind of thing is rare, but it does happen in the post-World War II period,” Zola said. “They like the name and therefore they’ll give it to their children.” 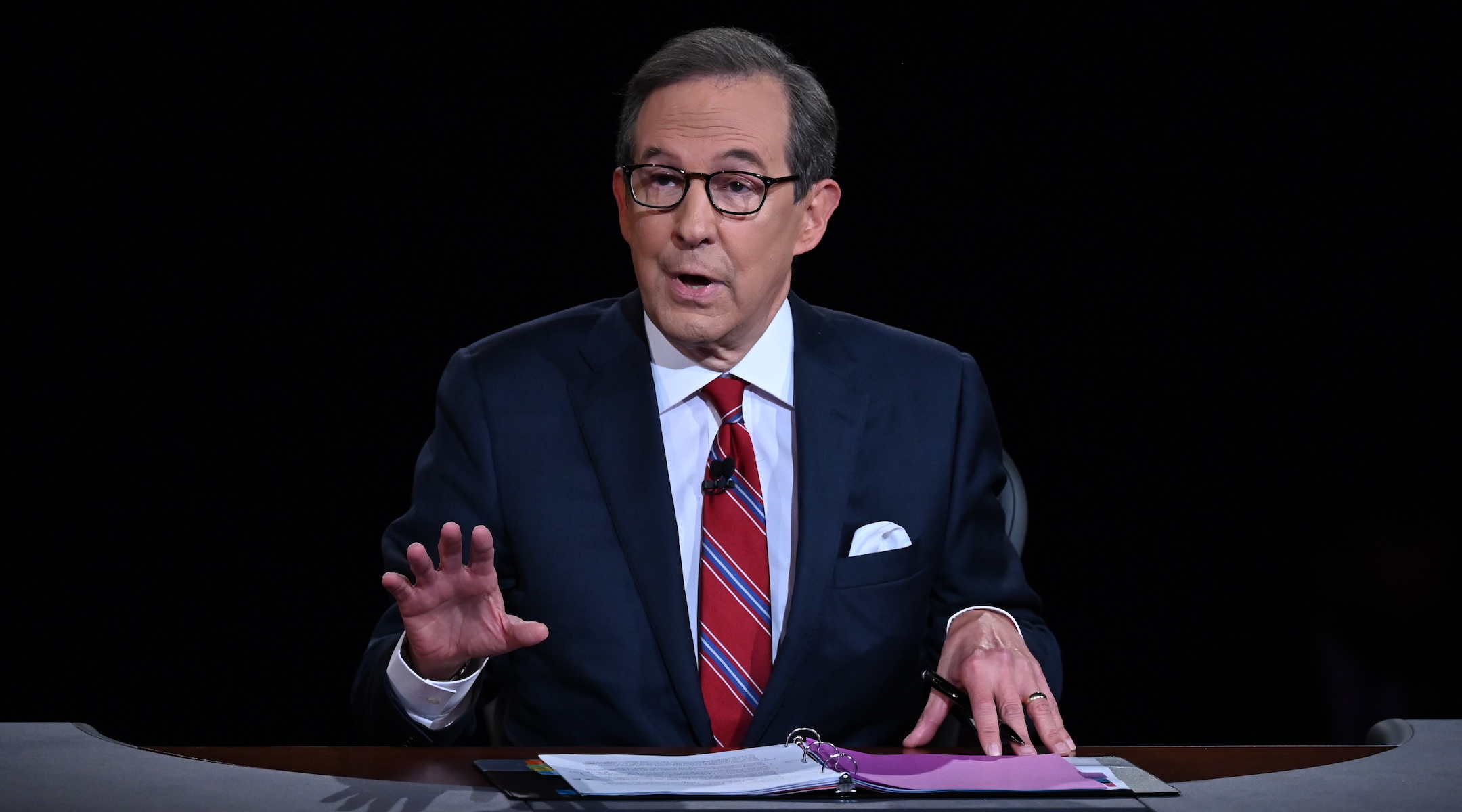 Intermarriage or conversions also mean that a Jewish convention — honoring deceased relatives when naming children — can cause names that originated in other religions to be passed down.

Hannah Christianson, a 20-year-old student at Barnard College in New York, got her last name from her non-Jewish father, who has Norwegian roots. At times, she said, she feels she has to “overcompensate” for people to know that she is Jewish.

At the end of her first year of college, she met a friend who worked as a recruiter for Birthright Israel through a Hillel event. The friend didn’t try to get Christianson to sign up for an Israel trip, which Birthright makes free for Jews ages 18-26, because she assumed based on Christianson’s name that she was not Jewish.

At times, Christianson feels self-conscious talking about Judaism because she worries how her comments will be perceived by those who assume she is not Jewish. That is the case in a course she is taking this semester about Judaism.

“I would sometimes speak in it and it has the name pop up in the corner because it’s on Zoom, and I just remembered after talking feeling really weird because I realized that the people in the class don’t know I’m Jewish, so it kind of sounds like I’m making assumptions about the Jewish community that I’m not qualified to make,” she said.

In certain contexts, she has found that it offers some benefit to be able to pass as not Jewish.

“In very leftist and anti-Zionist spaces, I would feel a little bit uncomfortable talking about my Judaism, and so I don’t say anything,” Christianson said. “The assumptions that go along with being Jewish can make it a little uncomfortable to disclose that sometimes, and I feel like I do have a privilege in that I’m able to not disclose it in certain spaces.”

The story behind Goldenbaum’s name is a little different. His maternal grandparents are Jews from Germany who fled to Brazil before World War II and wanted their grandchild to have a German-sounding name as a nod to their heritage.

His paternal grandparents, on the other hand, came from Egypt and fled their home country in the 1950s, when tens of thousands of Jews were driven out. (His paternal grandfather’s family was originally from Europe, hence the name Goldenbaum.) That trauma left his father especially wanting his son to have a name that would allow him to pass as a non-Jew.

Thus, the family settled on Christian. Goldenbaum says the name has less overtly Christian connotations in his native Brazil — in Portuguese the word for a Christian person is “cristão.”

“Here when I say my name people don’t usually think about, ‘This guy is a Jewish person named Christian.’ They don’t even realize that,” he said.

In Canada, Justin Christopher Tobin’s name has “certainly raised some eyebrows,” he said. Though he doesn’t usually introduce himself with his middle name, the 23-year-old student at the Memorial University of Newfoundland faced challenges when he tried entering Israel as a participant and later staffer on Birthright trips a few years ago. At the airport he was questioned by El Al agents about how a Jew could be named Christopher.

“It almost hurt to hear that I wasn’t Jewish enough or somehow I was an impostor, even though I knew that I wasn’t and I knew I had every — literally — birthright to be there. It can be intimidating,” recalled Tobin, who is named after his Irish Catholic father. 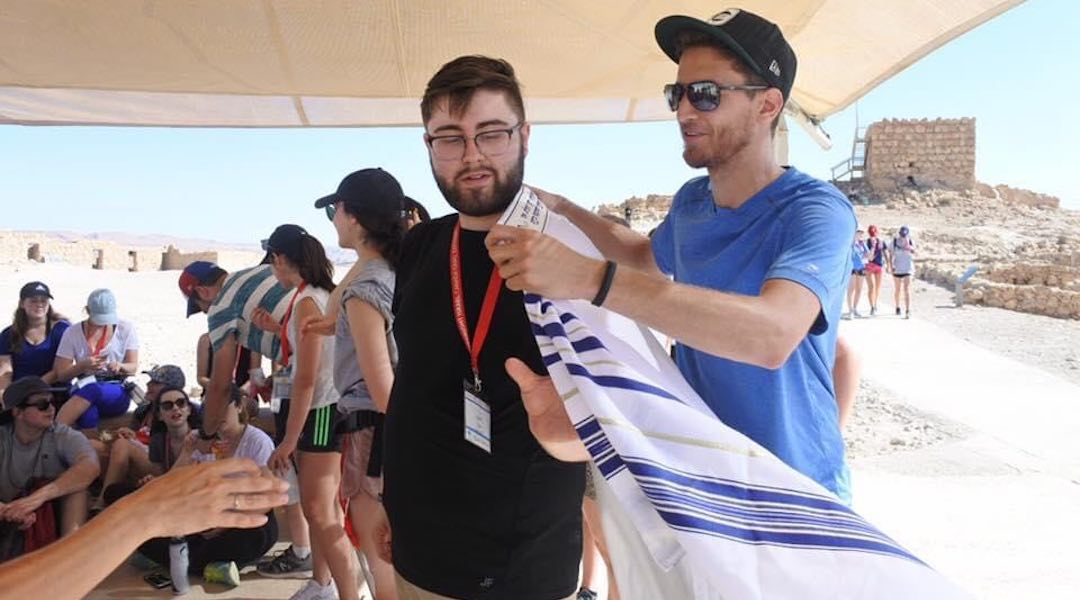 Justin Christopher Tobin, seen here wearing a tallit during a Birthright trip, says El Al agents interrogated him about his middle name ahead of his visit to Israel. (Courtesy of Tobin)

He has also been met with confusion in synagogue while called to read from the Torah, and in giving his father’s name when being asked about his parents’ names. But the experiences haven’t mitigated Tobin’s pride in his name and his heritage — his family includes people with Jewish, Irish Catholic and Indigenous Canadian roots.

“I’m pretty proud of my name,” he said. “It’s one of those things that I don’t like when it comes up and someone makes a deal of it, but at the same time it’s a chance to educate and it’s a chance to share with someone, ‘Hey, just because you’re from a fully Jewish background, I’m not, and that’s OK.'”