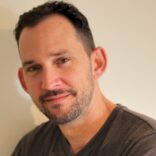 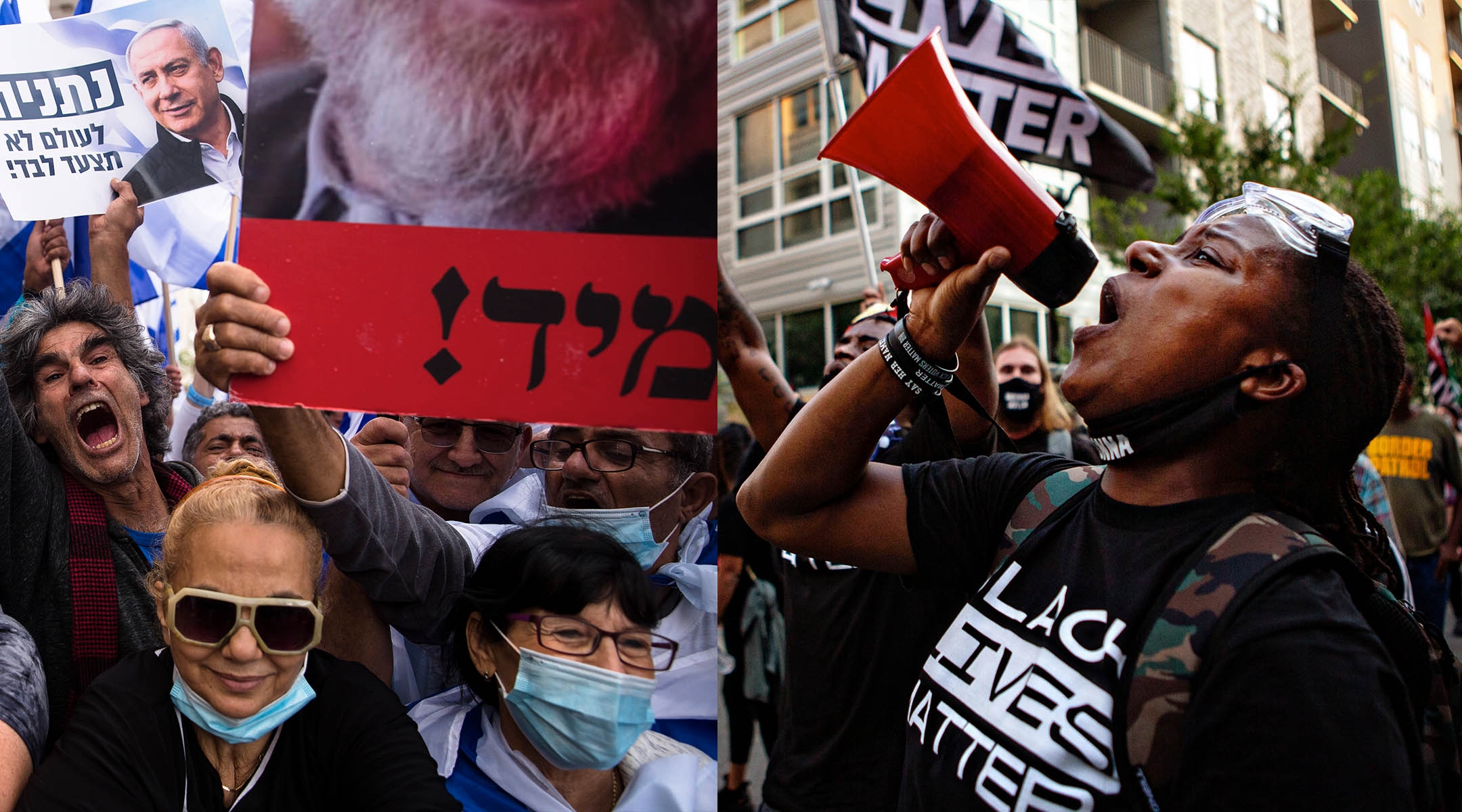 A version of this piece originally appeared on the author’s blog and was reprinted with permission.

I’ve spent the last 17 years split between the United States and Israel — and for the first time, I’m not sure I want to be in either place.

Back in March, a few weeks into Israel’s first lockdown, I was feeling fortunate about riding out the pandemic in Israel. As terrifying as the whole situation was, I had confidence that the country could go on a war footing, come together and stop at nothing to defeat this enemy.

A lot can change in seven months.

By the start of the High Holidays in late September, Israel had the world’s highest per capita rate of infections, and we’ve been averaging more than one death per hour for weeks now. A new nationwide lockdown is in place, and while they originally said it would last only three weeks, there’s no reason to believe it won’t last much, much longer. If my kids go back to school at all before January I’ll consider it a victory.

Just as the pandemic has revealed America’s failures, it has done the same for Israel, including in ways that are painfully similar to the U.S. — a lack of planning or decisive action even after we knew what we were facing (between the end of the first lockdown and the launch of the second, there was an absolute failure to develop any track and trace system, to name just one failure); the elevation of cronies and the demonization of qualified public servants; a growing embrace of conspiracy theories and a leader who rejects personal responsibility for the failures.

But the U.S. and Israel are failing in their own unique ways.

In Israel, the epidemic has laid bare our struggling, overtaxed public health care system (we have 3.0 hospital beds per 1k people, well below the OECD average of 4.5), our failure to carry out long-term strategic planning and our corrupt political system which for over a decade has revolved around the political career of one man.

It has — again — highlighted the prime minister’s knack for thriving in chaos and sowing internal discord, shifting the battle from one against a deadly virus to one between those who want to gather in closed synagogues and yeshivas and those who want to demonstrate against the government. Like always, it has also meant turning everyone against the media and the left.

Realizing all of this comes with great grief. The feeling is no longer fear, it is despair and anger. It is the hopelessness of not really seeing an end in sight, and having no faith in our leaders to get us there. It is the furious realization that all that time was squandered and that as a nation we will still refuse to take any proactive steps that could have political costs for Netanyahu.

There is also an awareness that no matter how much you’re following the rules, countless people everywhere around you are flaunting them. And they hardly make much sense to begin with.

It’s now up to each person to take care of themselves and their family, and it didn’t need to be this way.

This isn’t what I was looking for when I moved to Israel the first time in 2002, or three years ago when we moved back after a stint back in my home state of Texas.

Many new Israelis – especially journalists like myself – come here looking for a life-less-ordinary, to travel the region and beyond, to be part of history in the making in the Middle East, or at least to write for a living and have fun while doing it. But whatever you did for a living, there was the joy of living in Tel Aviv in your 20s, spending countless nights in a club, a sherut, a park bench or a bar – like one of those people adrift in the background of a certain Evyatar Banai video.

That joy has been sapped now, and it’s unclear to me when and how it can ever return. In Israel, there is chaos. The pandemic is completely out of control, the acrimony in the politics is worse than at any point since I’ve lived here, the economy is in a free fall, the cost of living is sky high and always will be, and unlike in my 20s, I no longer have a grasp on the youthful idea that things will or can actually be better here.

Meanwhile, I hear friends in the U.S. talking about leaving the country, and while some people made remarks like that back when Bush won reelection in 2004, this time it seems more serious. I also think they’re rational, and they’re thinking practically, not just emotionally.

I’ve spent the past 17 or so years with a foot in two worlds – here and there. If I’m here I compare everything to there, and vice versa. But when both of your countries are in collapse, what can you do? What happens when neither feels like a great option anymore?

Lately, I’ve thought more and more that maybe I’ve been going about this the wrong way. It’s not Israel or the U.S., it’s whichever one vs. somewhere else, a third country. It’s the idea that maybe it doesn’t have to be a choice between two countries in deep peril.

I have no idea what this third country could be, though my wife and daughters are Canadian citizens and that would probably make the most sense. For now at least, I’ve found comfort and a new daydream to get lost in, hammering out the details of the “Third State Solution.”

When I think about being an immigrant, and the way (conservative) people talk about immigrants in the States, it doesn’t really sit right. There is this approach that there are bad immigrants and good immigrants who “contribute to society.” In other words, we judge them on the net benefit they have brought to their adopted country.

I never saw it like this. I feel that Israel was good for me, that the country gave me more than I gave back, and it’s an experience I would wish upon any immigrant to the States.

This country gave me a career, my family, and a million life-changing experiences I would have never had anywhere else.

But someday I’d like to stop repaying the debt.

Ben Hartman
is an American-Israeli writer who worked as a journalist for many years in Israel. He now writes about cannabis for www.cannigma.com, and you can find him on twitter at @BenHartman.
The views and opinions expressed in this article are those of the author and do not necessarily reflect the views of JTA or its parent company, 70 Faces Media.