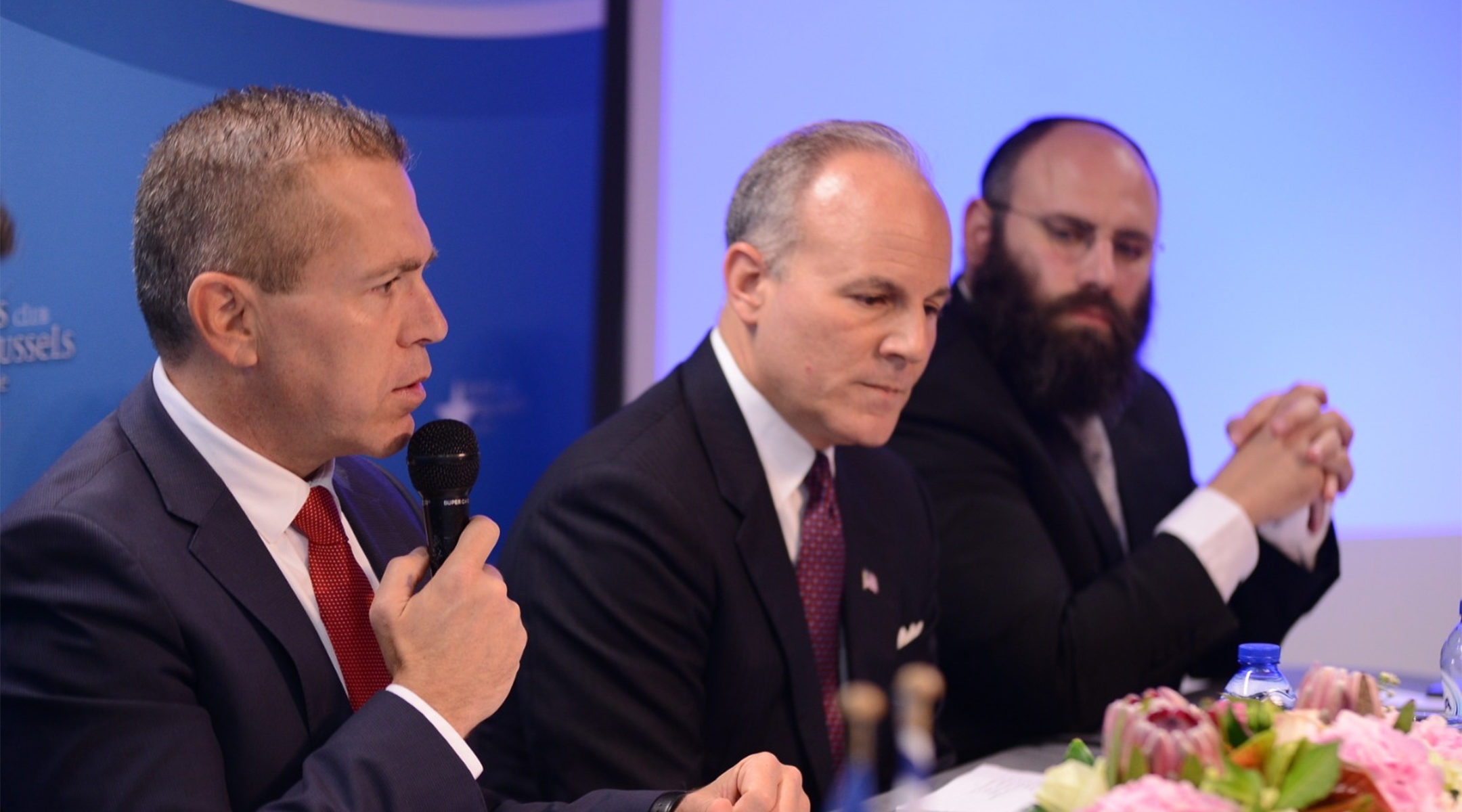 The planned statement was first reported by Politico on Wednesday, just as as the State Department began a two-day conference on anti-Semitism that featured Secretary of State Mike Pompeo, Israeli Prime Minister Benjamin Netanyahu and a range of other officials and analysts. The conference, which focused on online hate, emphasized anti-Semitism from the left and Islamic terrorists, including anti-Israel activism. Some panelists did discuss far-right anti-Semitism as well.

Politico reported that the statement will cite analysis by some pro-Israel groups concluding that the human rights groups back the boycott, divestment and sanctions movement targeting Israel.

The groups say they do not support or oppose BDS, but they are sharply critical of Israel’s settlements in the West Bank. According to Politico, the West Bank issue would also feature in the State Department statement.

“The criteria they seem to be using are preposterous and we hope they will come to their senses and withdraw it,” Eric Goldstein, the deputy director for Human Rights Watch’s Middle East and North Africa region, told JTA. “Calling them anti-Semitic would invite repressive regimes around the world to dismiss human rights organizations on this basis and that would actually be counterproductive to the cause of human rights.”

Goldstein said Israel’s settlements were a natural target for criticism by human rights groups. He affirmed that his group backed a U.N. registry of companies that do business with settlements, an initiative aimed at allowing consumers to decide whether they want to buy settlement-made products.

“We have a responsibility to not associate with human rights abuses inherent in settlements,” Goldstein said.

The three groups in question rate governments on an array of human rights issues, among them speech freedoms and the treatment of captives, minorities and political dissenters. Their assessments are based on first-hand investigations and reports from people on the ground.

It’s not clear what the effect of the designation, which is unprecedented, would be. The groups do not receive U.S. funding.

“They hold Israel to human rights standards, as well as Hamas and the Palestinian Authority,” she said in an interview. “They report on abuses in ways that Palestinians living in those places cannot.”

The Anti-Defamation League also criticized the planned statement as a move that “would politicize the fight against antisemitism.”

“We strongly believe that these organizations are crucial to ensuring robust civil society and democratic protections worldwide,” the ADL said, adding that has had “significant disagreement” with the three groups on Israel policy. It added that calling the groups anti-Semitic “is neither accurate nor helpful to the fight against antisemitism.”

Rep. Andy Levin, the Jewish Democrat from Michigan, appealed on Twitter to the State Department not to release the statement as described in Politico.

The groups “do essential, often dangerous work to protect human rights,” he said. “I know because I worked for one of them. Criticizing Israel’s policies is not anti-Semitism. I know because I do so out of love for a country I want to thrive.”

Levin, a human and labor rights advocate before his 2018 election, once worked for Human Rights Watch.

The State Department anti-Semitism conference on Wednesday, in the vein of previous discussions of anti-Semitism by the administration, focused on anti-Semitism from the left and from militant Islamist groups. True to its theme, many speakers talked about the proliferation of hate online and how to combat it.

No sessions focused primarily on white supremacist groups, which the Department of Homeland Security recently called the “most persistent and lethal” terror threat in the country and which have organized online in recent years. Rep. David Cicilline, a Jewish Democrat from Rhode Island, last week urged Pompeo to include sessions in the conference focused on far-right anti-Semitic groups that back Trump.

Notably, the ADL, the most prominent Jewish organization combating anti-Semitism, was not included among the speakers. Another anti-Semitism watchdog that has been less critical of Trump, the Simon Wiesenthal Center, was included, as were other pro-Israel organizations.

But officials, including Netanyahu and others, did mention neo-Nazis among the dangerous groups facing the Jewish people. Some criticized anti-Semitic invective directed at the billionaire progressive philanthropist George Soros, though at least one speaker, Deputy Attorney General Jeffrey Rosen, pushed back on the notion that criticism of Soros is anti-Semitic.

“Contemporary anti-Semitism feeds off its more traditional precursors, often focusing on the state of Israel, which for the modern anti-Semite is the manifestation of the collective Jew,” Netanyahu said. “Today people with opposing political agendas can nevertheless find themselves united in hatred for Israel and the Jewish people. The neo-Nazi, the ultra-left revolutionary, the Islamist militant might agree about nothing else, but they all do share a common hatred towards us and that hate is awash across the internet.”