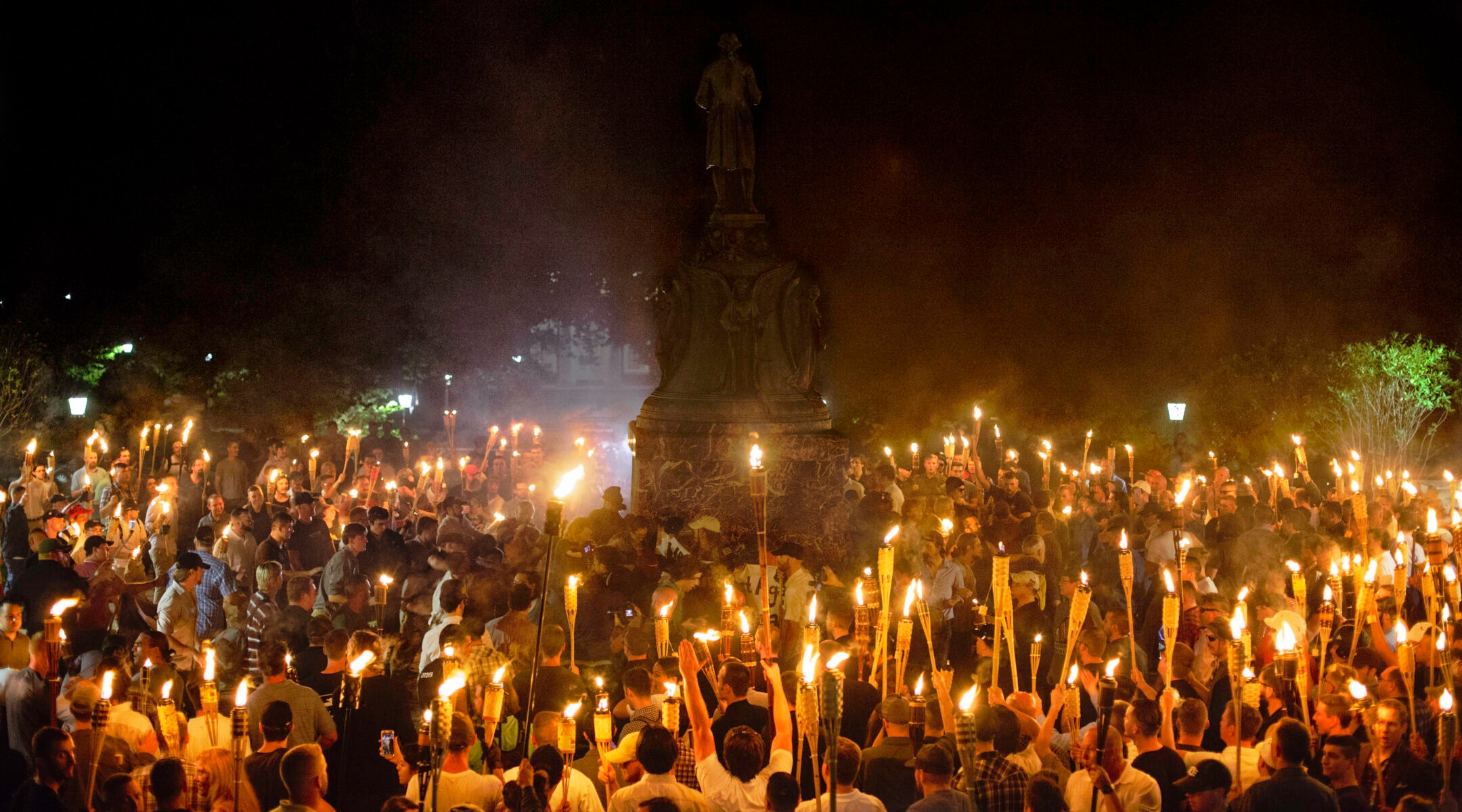 (JTA) — A new report from the Department of Homeland Security names white supremacists as the biggest domestic terror threat in the United States.

The Homeland Threat Assessment, released on Tuesday, details an array of violent domestic threats in the United States. It also notes that, among other qualities, white supremacists are characterized by their hate of Jews, or by “their perception that the government is controlled by Jewish persons.”

It comes a week after President Donald Trump declined to denounce white supremacists from the presidential debate stage, telling the Proud Boys, a far-right group, to “stand back and stand by.”

The Proud Boys, whose co-founder Gavin McInnes has made anti-Semitic statements, enthusiastically welcomed Trump’s debate comments and began printing shirts with the phrase “stand back, stand by.”

It is also published a month after a whistleblower alleged that high-ranking Homeland Security appointees told officials in the department to downplay the threat posed by white supremacists. Brian Murphy complained that in writing the Homeland Threat Assessment, he was asked “to specifically modify the section on White Supremacy in a manner that made the threat appear less severe, as well as include information on the prominence of violent ‘left-wing’ groups.”

In the foreward to the report, Homeland Security Secretary Chad Wolf said white supremacists are his main focus.

Trump frequently stresses what he perceived as the dangers of antifa, a loose network of anti-fascist activists. The word “antifa” does not appear in the Homeland Security report.

According to the report, since 2018, white supremacist extremists have been responsible for more attacks and more deaths than any other ideologically motivated extremists. That includes domestic operatives of foreign terror groups like the Islamic State. White supremacists have also conducted half of the sixteen total extremist attacks committed since 2018, killing a total of 39 people. Though not specified in the report, that number presumably includes the victims of the synagogue shootings in Pittsburgh and Poway, California.

Among all domestic violent extremists, “racially and ethnically motivated violent extremists—specifically white supremacist extremists (WSEs)—will remain the most persistent and lethal threat in the Homeland,” the report says. “WSEs have demonstrated longstanding intent to target racial and religious minorities, members of the LGBTQ+ community, politicians, and those they believe promote multi-culturalism and globalization at the expense of the WSE identity.”