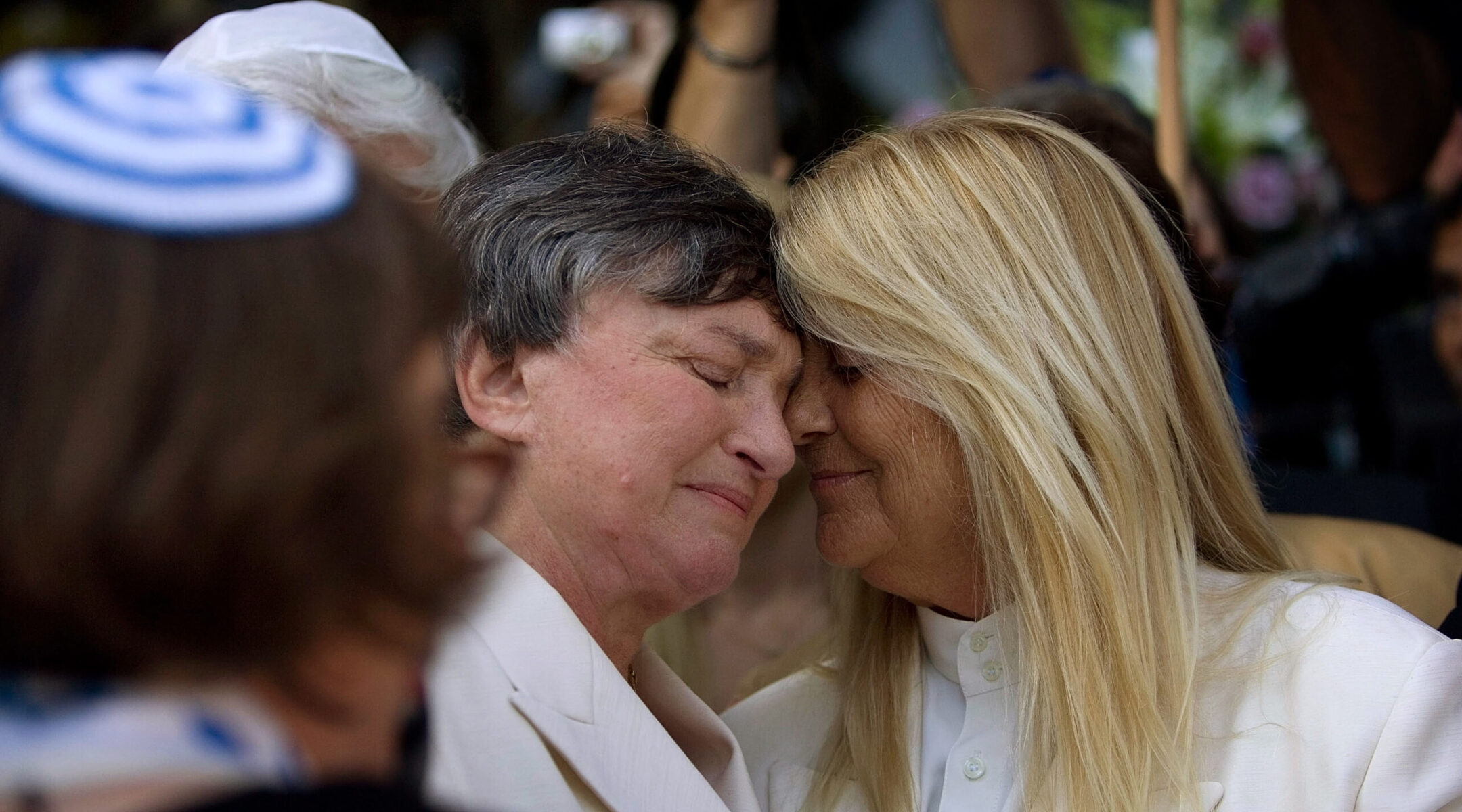 (JTA) — Like many progressives in America, as soon as Amy Coney Barrett was confirmed to the Supreme Court Monday night, my social media feeds erupted with anger over the process and fear that her appointment could presage a rollback of marriage equality.

I am a rabbi, so my feeds were also full of fellow Jewish clergy promising, come what may, to perform queer people’s weddings.

That’s an important impulse. But in this perilous moment, it’s not enough. Queer folks need and deserve so much more than ceremonies from their straight clergy.

Five years after marriage quality became the law of the land, it would be easy for Jewish communities to be complacent regarding LGBTQ issues. All progressive rabbinical schools ordain LGBTQ students, and dozens of my queer colleagues lead shuls all over the country. I know spouses of colleagues who have come out as transgender with support of their communities. Interfaith marriage is a more divisive issue than same-sex marriage.

And yet complacency would be a mistake, as much more than marriage equality is up for review by the Supreme Court.  As the Jewish LGBTQ organization Keshet noted in a statement, the right of healthcare for transgender people and the ability of LGBTQ people to adopt children will be soon be scrutinized. Next week — that is, just days from now — the court will hear a case that could allow private agencies that receive taxpayer-funding (e.g., food banks, homeless shelters and foster care providers) to deny services to LGBTQ people. The human dignity of my beloved friends and colleagues is being threatened. The stakes couldn’t be higher.

In rabbinical school I interned at a community organization that helped local synagogues address areas of inclusion. One community leader pushed back on a suggestion to include a statement on the synagogue’s “About” page that it was a welcoming place for queer people. “We’re a liberal synagogue,” she said. “Isn’t it obvious that we include LGBTQ families?”

No, it’s not obvious. It is incumbent upon us as rabbis and cantors to keep saying and doing it.

This fall I am thrilled to be able to participate in a weekly online shiur through SVARA: A Traditionally Radical Yeshiva. SVARA’s Talmud instruction “recognizes as crucial the insights of transgender, intersex, queer, lesbian, bisexual and gay Jews.” In partnership with my chevruta, a gay male rabbi, I have been privileged to learn Gemara in SVARA’s signature queer-normative community. In the opening breakout room during the first session last week, one of my fellow participants shared what previous SVARA programs have meant to him. He had long struggled to reconcile his Jewish identity with his queer identity, he said, and SVARA had transformed his ability to do so. It was hard to overstate how important the community was to him, and he was so excited to continue learning Talmud. Witnessing one more queer person be able to believe that he has a part in and a stake in our textual tradition, I was brought to tears.

Here are just some of the promises I want my fellow straight rabbis and cantors to make to the queer folks in our communities: We will never stop fighting for your rights, from healthcare to adoption to legal gender affirmation to partner recognition. We will also promote your leadership in our rabbinical and cantorial schools. We will invest resources in your kids’ access to Jewish educational experiences. We will step back for you to have ownership over Jewish communal spaces. We will support specifically queer Jewish institutions. We will speak up when you are mispronouned in our synagogues. We will celebrate Coming Out Day as a Jewish holiday. We will condemn from the bimah the fact that trans folks are targets of state violence. We will act on the eternal truth that queer people are created b’tzelem Elohim, in the image of God.

Jewish marriage ceremonies often end with a smashing of glass, a reminder of the brokenness of the world even amidst joy. When performing the weddings of queer people, I want for my colleagues to understand that moment as a call to further and deeper action, to build a Jewish community in which all queer people are able to thrive in a world that affirms and celebrates their infinite worth as human beings.