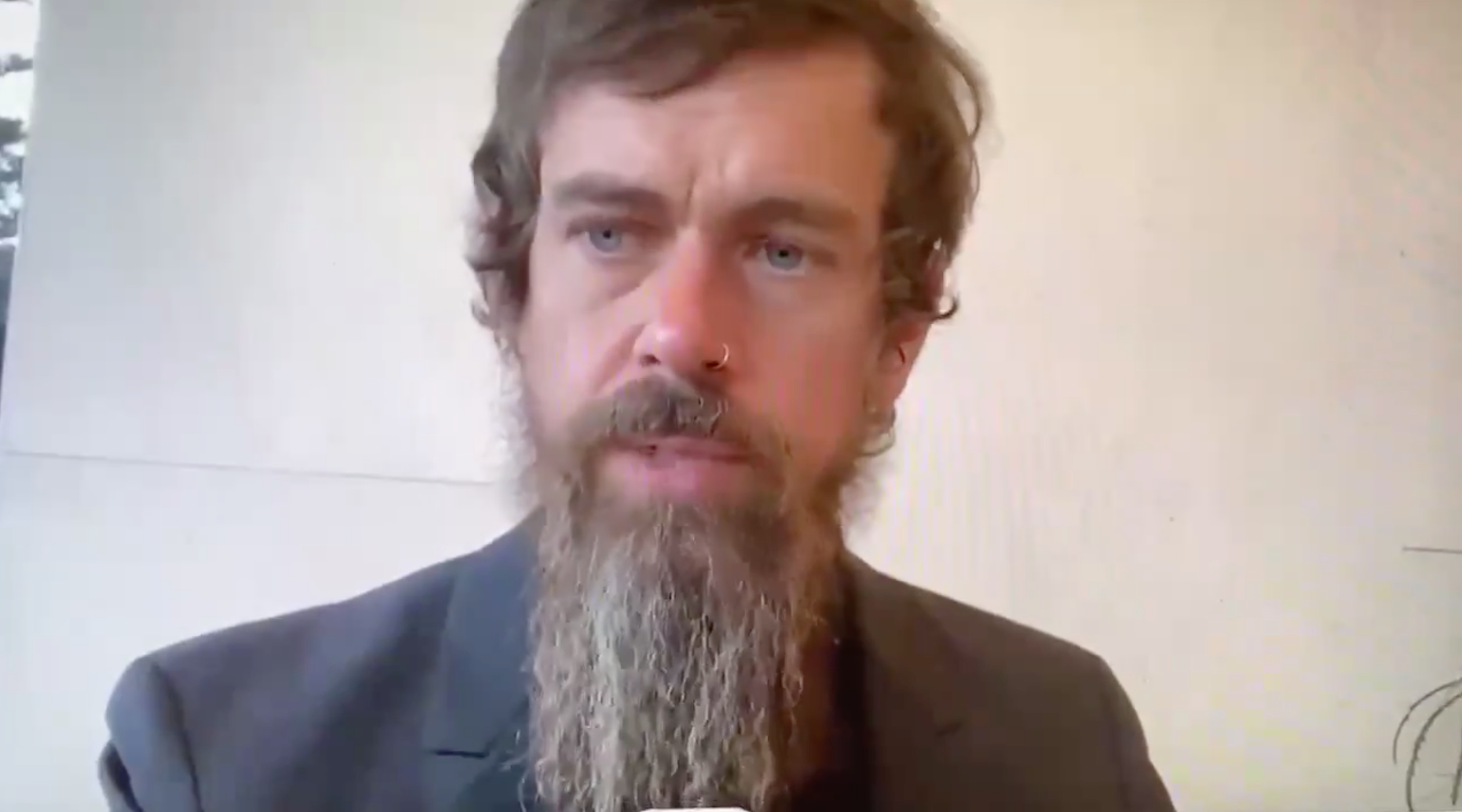 Jack Dorsey speaks to the Senate via videoconference on October 28, 2020. (Screenshot)
Advertisement

The company announced earlier this month that it would ban posts that “deny or diminish” violent events, including the Holocaust. But in a Senate hearing Wednesday, CEO Jack Dorsey appeared to say that Twitter did not have a policy of removing content denying the Holocaust.

Responding to a question from Republican Sen. Cory Gardner, Dorsey said Holocaust denial is not included among the types of misinformation Twitter bans.

“We have a policy against misinformation in three categories, which are manipulated media, public health, specifically COVID, and civic integrity, election interference and voter suppression,” Dorsey said in a video shared by Yahoo News reporter Alexander Nazaryan. “We do not have a policy or enforcement for any other types of misleading information that you’re mentioning.”

Gardner specifically asked Dorsey: “If somebody denied the Holocaust happened, it’s not misinformation?”

Dorsey’s comments appear to contradict a company spokesperson’s statement to Bloomberg News on Oct. 14 that while the company doesn’t have an explicit policy barring Holocaust denial, it would remove “attempts to deny or diminish” violent events, including the Holocaust.

“We strongly condemn anti-Semitism, and hateful conduct has absolutely no place on our service,” a Twitter spokesperson told Bloomberg. “We also have a robust ‘glorification of violence’ policy in place and take action against content that glorifies or praises historical acts of violence and genocide, including the Holocaust.”

Dorsey has yet to publicly clarify his comments, but a Twitter spokesperson responded to a query from the Jewish Telegraphic Agency that appeared to reiterate the company’s earlier statement to Bloomberg.

Gardner’s questions came during a hearing on social media content moderation in the Senate Commerce Committee. The hearing was convened after social media platforms, including Twitter, limited or blocked the spread of an article reporting unsubstantiated corruption allegations about Joe Biden and his family. Twitter has also hidden or flagged previous posts by President Donald Trump for contravening its guidelines.

Given that Twitter had taken action against Trump’s tweets, Gardner asked Dorsey why Twitter did not block posts by Iranian Ayatollah Ali Khamenei that question the veracity of the Holocaust. As if to test the policy, Khamenei tweeted Wednesday, following Dorsey’s comments, “why is it a crime to raise doubts about the Holocaust?”

The Senate hearing is also discussing Section 230 of the Communications Decency Act, a legal provision that absolves social media companies of responsibility for most illegal content published on their platforms. Officials on both sides of the aisle have called for Section 230 to be reexamined.

Twitter’s approach to Khamenei’s tweets, particularly those that call for the elimination of Israel, was also questioned earlier this year in a hearing in the Israeli Knesset. A Twitter official said those tweets did not violate company guidelines.

“We have an approach toward leaders that says that direct interactions with fellow public figures, comments on political issues of the day, or foreign policy saber-rattling on military-economic issues are generally not in violation of our rules,” said Ylwa Pettersson, Twitter’s policy head for Israel and Nordic countries.