Facebook will now ban Holocaust denial, in a major shift 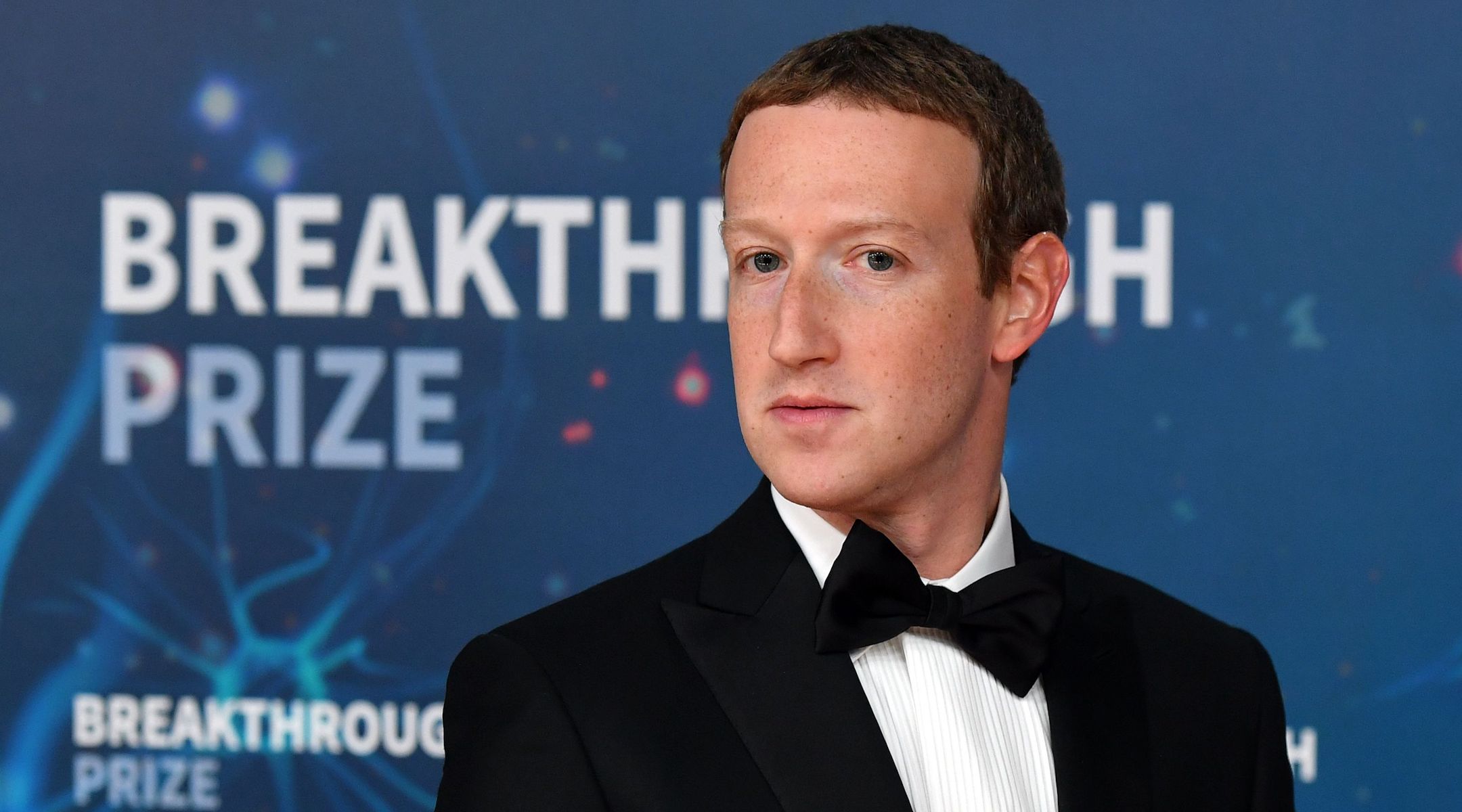 (JTA) — Facebook announced that it will now ban any posts that deny or distort the Holocaust, a landmark change from its previous policy.

For years, Facebook and its CEO, Mark Zuckerberg, had defended Holocaust denial as a misguided but legitimate form of expression. In 2018, regarding Holocaust denial, he said, “I don’t believe that our platform should take that down because I think there are things that different people get wrong.”

That approach garnered widespread outcry from scholars and anti-Semitism watchdogs.

On Monday, Zuckerberg wrote in a Facebook post that he now believes banning Holocaust denial “is the right balance.”

“I’ve struggled with the tension between standing for free expression and the harm caused by minimizing or denying the horror of the Holocaust,” he wrote. “My own thinking has evolved as I’ve seen data showing an increase in anti-Semitic violence, as have our wider policies on hate speech.”

The change comes after months of activism by anti-discrimination groups pushing Facebook to change its policies on hate speech in general and Holocaust denial in particular. It also comes amid rising anti-Semitism in the United States and Europe, and weeks ahead of a presidential election that analysts and government agencies fear will spark violence from white supremacist groups.

This summer, the Anti-Defamation League, NAACP and other civil rights groups organized a boycott of Facebook in which 1,000 companies, including major corporations, paused advertising on the site for at least one month in protest of its lack of action against hate speech, including Holocaust denial. The Claims Conference, which coordinates restitution and reparations payments for Holocaust survivors, organized a campaign called #NoDenyingIt in which Holocaust survivors appealed directly to Zuckerberg via video to take action against Holocaust denial.

Other Jewish organizations worked in consultation with Facebook to persuade the site to ban Holocaust denial. Facebook’s statement credited the World Jewish Congress and American Jewish Committee with advising on the new policy.

The World Jewish Congress has been speaking with Facebook about how to combat anti-Semitism since 2016, and has held daily meetings leading up to this policy change, said Yfat Barak-Cheney, the group’s director of international affairs.

She said her organization preferred engagement with Facebook rather than external activism because, through her meetings, she saw the social media giant gradually move toward banning Holocaust denial.

“We have flagged to them Holocaust denial, over and over, as an issue on the platform, as an issue in principle that needs to be recognized as anti-Semitism and hate speech,” Barak-Cheney said. “Holocaust denial is not a studying and discussion about historical facts. It’s a tool to spread hatred against Jews.”

She added, “They’ve adapted and they’ve come to understand that by allowing Holocaust denial on their platform, and Holocaust distortion, they’re actually allowing the spread of hatred.”

In a statement, the Anti-Defamation League said it was “relieved” to see the ban on Holocaust denial and called for the company to issue public reports about enforcing the policy.

“While we are relieved to learn this news, we also would note that platform decisions of this nature are only as good as the companies’ enforcement,” read the statement by ADL CEO Jonathan Greenblatt. “Facebook now needs to reassure the global community that it is taking meaningful and comprehensive steps to ensure that Holocaust deniers are no longer able to take advantage of Facebook’s various platforms to spread antisemitism and hate.”

Facebook’s announcement of the new policy did not define what constitutes “content that denies or distorts the Holocaust.” And the company said it “will take some time to train our reviewers and systems on enforcement,” and that deletion of Holocaust denial “cannot happen overnight.” The comany told Bloomberg News that the policy applied only to Holocaust denial, not to denial of other genocides, like the Armenian or Rwandan genocides.

“Normally this process would be the other way around,” with Facebook spelling out rules before announcing a new policy, Barak-Cheney said. “Here, because of the importance of the issue and how prevalent it has been, they really decided to make the announcement, but they have a lot of hard work ahead of them on making those boundaries.”

The new policy comes after Facebook tightened its restrictions on other forms of anti-Semitism and hate speech. Last week, Facebook announced that it was banning all groups and pages promoting QAnon, the anti-Semitic conspiracy theory. In August, Facebook banned posts about Jews controlling the world as well as other forms of hate speech.

The changes on Holocaust denial and other forms of discrimination reflect a larger shift in Facebook regarding how it deals with freedom of expression and combating hate speech. Zuckerberg, invoking the First Amendment, has consistently said that he favors allowing a broad array of speech regarding politics and other issues, even as a chorus of voices has asked him to do more to prohibit bigotry and disinformation.

In a speech last year at Georgetown University, Zuckerberg said, “I’m proud that our values at Facebook are inspired by the American tradition, which is more supportive of free expression than anywhere else.” During the George Floyd protests this year, Facebook allowed a post by President Donald Trump, who has personally courted Zuckerberg, that said, “When the looting starts, the shooting starts.” Twitter flagged the post as glorifying violence.

“I know many people are upset that we’ve left the President’s posts up, but our position is that we should enable as much expression as possible unless it will cause imminent risk of specific harms or dangers spelled out in clear policies,” Zuckerberg wrote in a post defending the decision.

Reacting to the new policy, the United States Holocaust Memorial Museum addressed the issue of freedom of expression, saying in a statement, “Freedom of speech is vital to our democracy, but it does not require any organization to host antisemitic speech that can potentially foment violence.”

Facebook has also been criticized for its perceived lack of action regarding political disinformation campaigns during the 2016 election. It has taken more action this year to combat such activity.

“There’s a company ethos for Facebook about the issue of information and not removing information from the platform,” Barak-Cheney said. But regarding Holocaust denial, she added, “I think they realized it’s just been too much and they need to do something about it.”