Officials fear violence on Election Day. Some worry it could target the Jews. 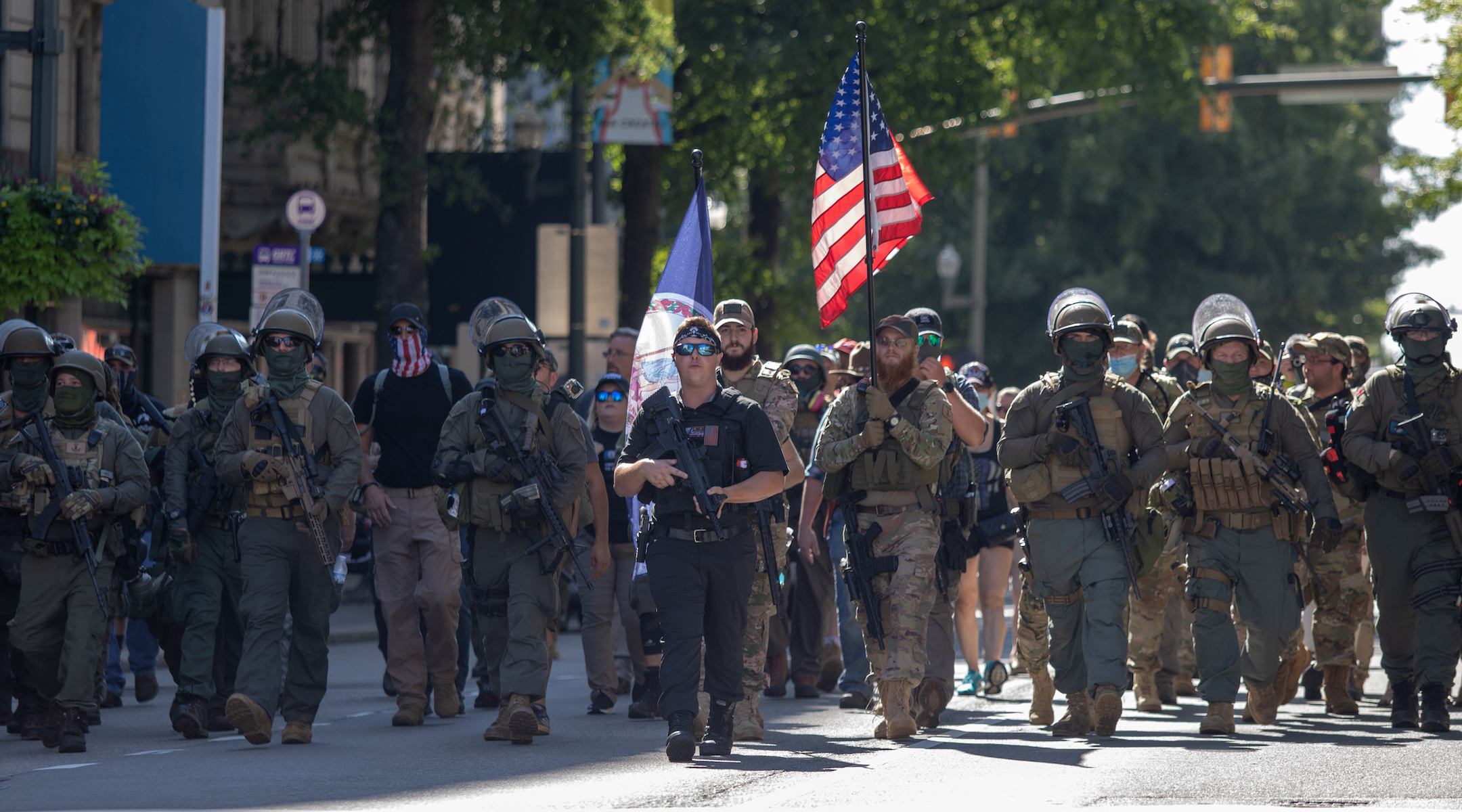 Now he and several former colleagues who used to work on combating foreign terrorism are paying attention to a threat closer to home: White supremacist violence in the United States. As Election Day nears, Greer sees that threat as growing ever more urgent.

Right-wing extremist groups see the Nov. 3 election as an “apocalyptic moment” where the country’s fate hangs in the balance, Greer says. And he is concerned that Jews may be among the target of groups prepared to take up arms to ensure that Donald Trump wins the election.

“We’re not necessarily predicting that there will be a civil war, but we are very concerned that there will be some violent acts,” said Greer, now the Anti-Defamation League’s director for program assessment and strategy. “As the conspiracy theories become more urgent, many of them may be directed toward Jews.”

Officials that focus on Jewish security believe this election and its aftermath are going to be particularly dangerous for Jews due to a toxic mix of conditions that have been brewing for months. The election is taking place after months of street protests occasionally marked by violence and even vigilante killing. An ongoing pandemic has led to a surge in voting by mail, making it possible the election outcome will remain unknown for days or even weeks. And the president has repeatedly questioned the integrity of the electoral process, refusing to commit to a peaceful transfer of power and declining to denounce the white supremacist groups that support him. (He did condemn white supremacists on Fox News later in the week.)

“We’re worried about everything from simple tactics to vehicle rammings, which we have continued to see deployed across the country in protests and basic civil gatherings, to active threat events,” said Michael Masters, CEO of the Secure Community Network, which coordinates security for Jewish institutions nationwide. “Among domestic violent extremists, those who are racially and ethnically motivated, specifically white supremacist extremists, remain the most persistent lethal threat in the United States.”

The Department of Homeland Security reported this week that white supremacists are the “most persistent and lethal” threat in the United States, noting that such groups are characterized by hatred for Jews. In a threat assessment published last month, New Jersey’s Office of Homeland Security and Preparedness sketched out various scenarios in which a disputed election prompts “racially motivated extremists [to] scapegoat minorities and government officials,” leading to violence and loss of life. A recent report by the Network Contagion Research Institute, which tracks online hate, documented how violent groups in what it calls the “militia-sphere” are using increasingly violent rhetoric — and reaching more people.

On Thursday, the FBI announced charges against a group of antigovernment extremists who had plotted to kidnap Michigan Governor Gretchen Whitmer.

Masters’ organization is currently focused on securing Jewish institutions that serve as polling places or vote counting sites. He estimates that there will be hundreds of polling locations either in or near Jewish institutions, and fears they could become hotspots for extremist violence.

Masters has been focused on synagogue security for years, especially since the Pittsburgh synagogue shooting in 2018. But securing synagogues on Election Day will be especially risky. A large number of unknown people will be entering the building, the doors will likely remain open, and the building may have been unused and unstaffed since March due to the pandemic.

“They may be opening for the first time [since the start of the pandemic], or they may be opening their doors in a way which runs contrary to established security practices and protocols that they’ve adapted over the years,” Masters said. “There can be a compounded threat both because of the concern about the potential for violence around election-related sites, compounded with the fact they are also Jewish institutions and organizations, which may increase their attractiveness as a target for some individuals.”

Cassie Miller, a senior research analyst at the Southern Poverty Law Center, said extremist groups may feel even more empowered to take action after last week’s debate, in which Trump told the Proud Boys, a violent far-right group, to “stand back and stand by.” Many such groups will accept nothing short of a Trump victory, Miller said, and are prepared to employ violence to ensure that result.

“Within the far-right, there’s been an increasing convergence around the idea that we’re headed towards a civil war or that we’re on the abyss of some large-scale civil unrest,” Miller said. “You’re creating a combustible situation when you have people with guns who feel like they’re acting at the behest of the president and feel like what they’re doing is sanctioned by law enforcement.”

Miller added that while Jews may be at risk, she also fears that communities of color could be in danger, especially in swing states as far-right groups could attempt to suppress their votes.

“A lot of times they’re suspicious of people who are immigrants voting, so who are they going to look for? Probably people of color,” she said. “I think we need to be particularly cognizant of the dangers that exist in polling places where you have large nonwhite populations.”

Greer worries that Election Day violence could produce a snowball effect in which extremists on the left and right clash, leading to lethal shootings as occurred this summer in Kenosha, Wisconsin and Portland, Oregon. Those in turn could inspire more clashes and more shootings.

To try to forestall this, the ADL is asking local officials to reassure voters that the election will be fair and to speak out against violence. While such appeals may not reach core members of extremist groups, Greer hopes they may get to people on the margins.

The Secure Community Network meanwhile is urging Jewish institutions to monitor entry and exit points and even erect barriers to protect people waiting on line from possible car-ramming attacks.

“It is amazing what you have to consider to allow people to exercise their basic right of enfranchisement in this country in the year 2020,” Masters said.

While Greer is careful to note that extremism exists on both sides of the political divide, he says that far-right political conspiracies have already inspired the murder of Jews in Pittsburgh, a dynamic that could well play out again this year.