After losing her father at age 9, this Jewish teen found a way to help adults deal with teen trauma 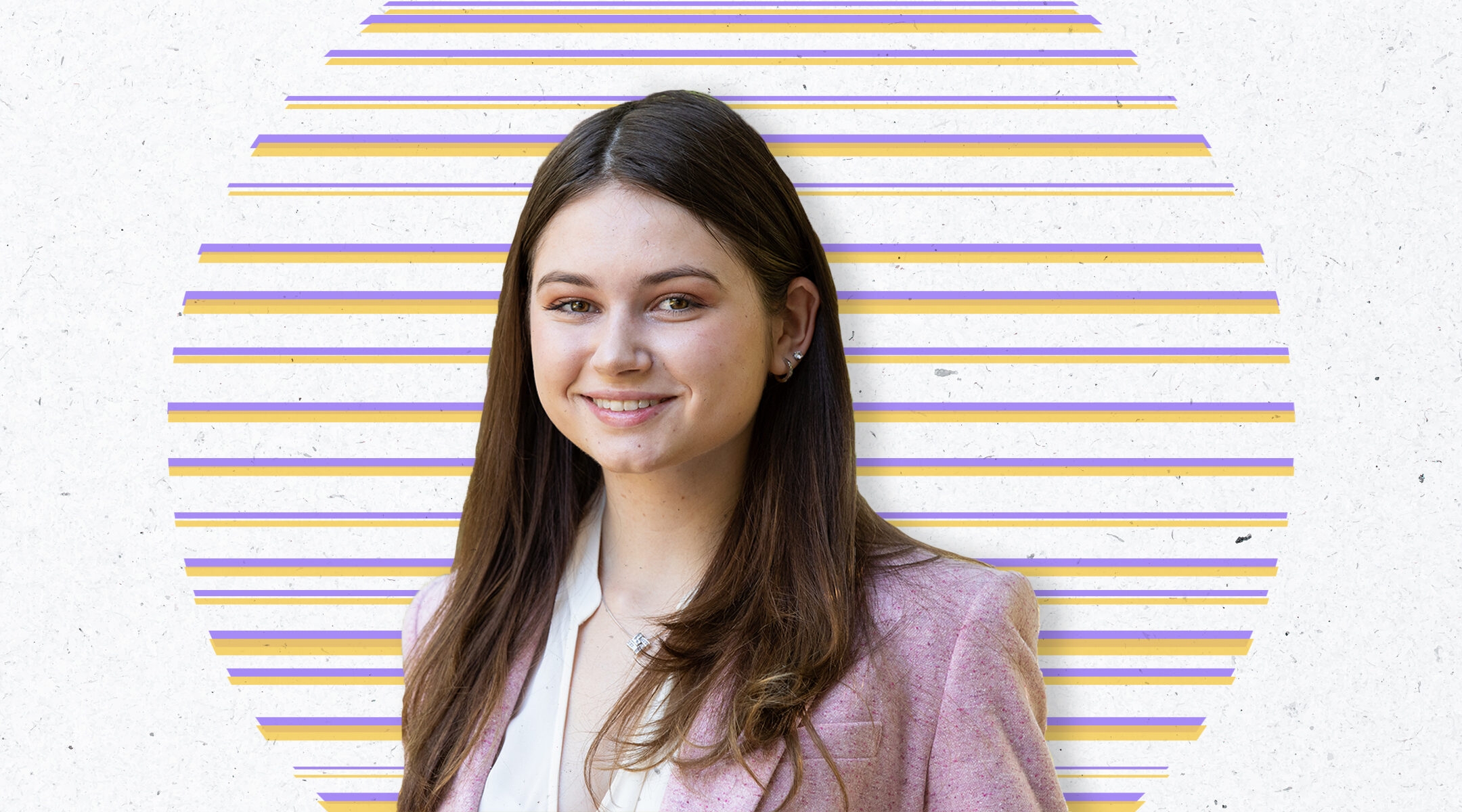 Peyton Barsel has won awards for channeling her painful childhood experience into legislation requiring all public school educators in Nevada to learn how to support children who have undergone trauma. (Courtesy of Peyton Barsel)
Advertisement

(JTA) — Peyton Barsel was 9 years old when her father, Alex Barsel, died of a heart attack at the age of 42.

The shock and grief were like a tsunami that threatened to drown her family.

“My mom is an incredible woman and parent, but when you are 40 and suddenly lose your life partner, that’s a lot to grapple with, especially with a 9-year-old and a 5-year-old,” said Peyton, now 18. “She did the best she could, but for quite a while I felt like I had lost both my parents.”

Peyton, from Las Vegas, soon returned to school, but it wasn’t the refuge she hoped it would be. Instead of finding sympathy and understanding, her classmates shied away from her strong expressions of grief. Her well-intentioned teachers, unaccustomed to dealing with bereaved children, didn’t know how to cope with her tears, emotional withdrawal and occasional bursts of anger.

“Everybody treated me like a pariah,” Peyton said of her schoolmates and teachers. “We live in a society where death is a taboo topic that people fear. I would have loved somebody to tell me that my reaction was normal and accepted, and that someone would be with me throughout the mourning process to make sure I was okay.”

Adding to her load, Peyton felt a responsibility to look out for her little brother, Robert, who was also struggling.

“I’d gone from a bubbly little kid to a mini-adult,” she said. “I felt like everything was my fault and no one said it wasn’t. I felt I had to take on the responsibilities of the whole world.”

After participating in a peer support group for bereaved children and becoming a group facilitator herself, Peyton channeled her painful childhood experiences into activism. At 14, she began to lay the groundwork for a legislative bill requiring all public school educators in Nevada to learn how to support children who have experienced an “adverse childhood experience,” known by the acronym ACE.

Although that particular bill didn’t pass, another incarnation, known as Senate Bill 80, passed in June 2019.

That same year, Peyton founded ACE AWARE, a nonprofit that promotes her teacher-training model on a national level. The organization raises awareness about ACEs and their impact on children, and offers a comprehensive list of community service providers who support people who have experienced various types of traumas.

In April, she received a 2020 Diller Teen Tikkun Olam Award “for exceptional leadership and engagement in initiatives making the world a better place.”

Each of the 15 American Jewish teenagers recognized by Diller received $36,000 in acknowledgement of their “significant initiative and leadership” in creating and leading a new or established initiative that embodies the Jewish values of tikkun olam, repairing the world.

Peyton, who will use her award to attend Columbia University next year, came up with the idea to train teachers while volunteering as a trauma facilitator.

“It was clear that the children were traumatized not only by their loss, but by their teachers’ responses and actions – just as I had been,” she said.

While researching what kind of trauma training American educators receive, she was shocked to discover that few resources exist. Eventually she came across a North Dakota law requiring teachers to be trained in how to identify and support children experiencing traumatic experiences. That law formed the basis of her legislation proposal.

The video (which has parts one and two) presents several scenarios, all of them depicting children in obvious emotional distress.

The district’s social workers created the portions of the training that requires a licensed expert, and Peyton created the rest, including content and scenarios with youth and adults based on actual events that were occurring in schools. For each of the six scenarios, Peyton created an inappropriate but typical school staff response and then a preferred and more appropriate school staff response, Malich said.

After creating the content for the training, Peyton starred in the training along with other Clark County School District students and staff.

“The training was incredible, especially the student scenarios,” Malich said. “They were authentic and told the story of youth in schools dealing with trauma in their personal lives.”

Malich said she’s continually impressed by Peyton. “I am confident that she will create change at a large scale,” she said. “She is committed, dedicated and determined to bring about positive change despite challenges or roadblocks.”

Peyton said she created her initiative both for students and teachers.

“I want teachers to know they don’t have to be perfect, to say the right thing,” she said. “Often, they feel very unequipped in how to speak to children, so they don’t say anything at all. But saying something is better than nothing.”

Adults shouldn’t be surprised that so many students become activists, Peyton observed.

“No one really chooses that path,” she said. “It’s just that when we see an issue in the community that needs addressing, we approach it with a childlike sense of motivation. You feel you can fix the world. I think it’s a beautiful concept that a lot of adults grow out of.”

Her determination to repair the world was inspired by her father.

“This project is in memory of my late father. He was my tie to Judaism,” said Peyton, who was born into an intermarried family. “Everything I have been doing for the past seven years has been a tie to my Jewish identity. I really do live my life with these Jewish values instilled in me, and I continue this work so that my dad’s Jewish identity can live on.”