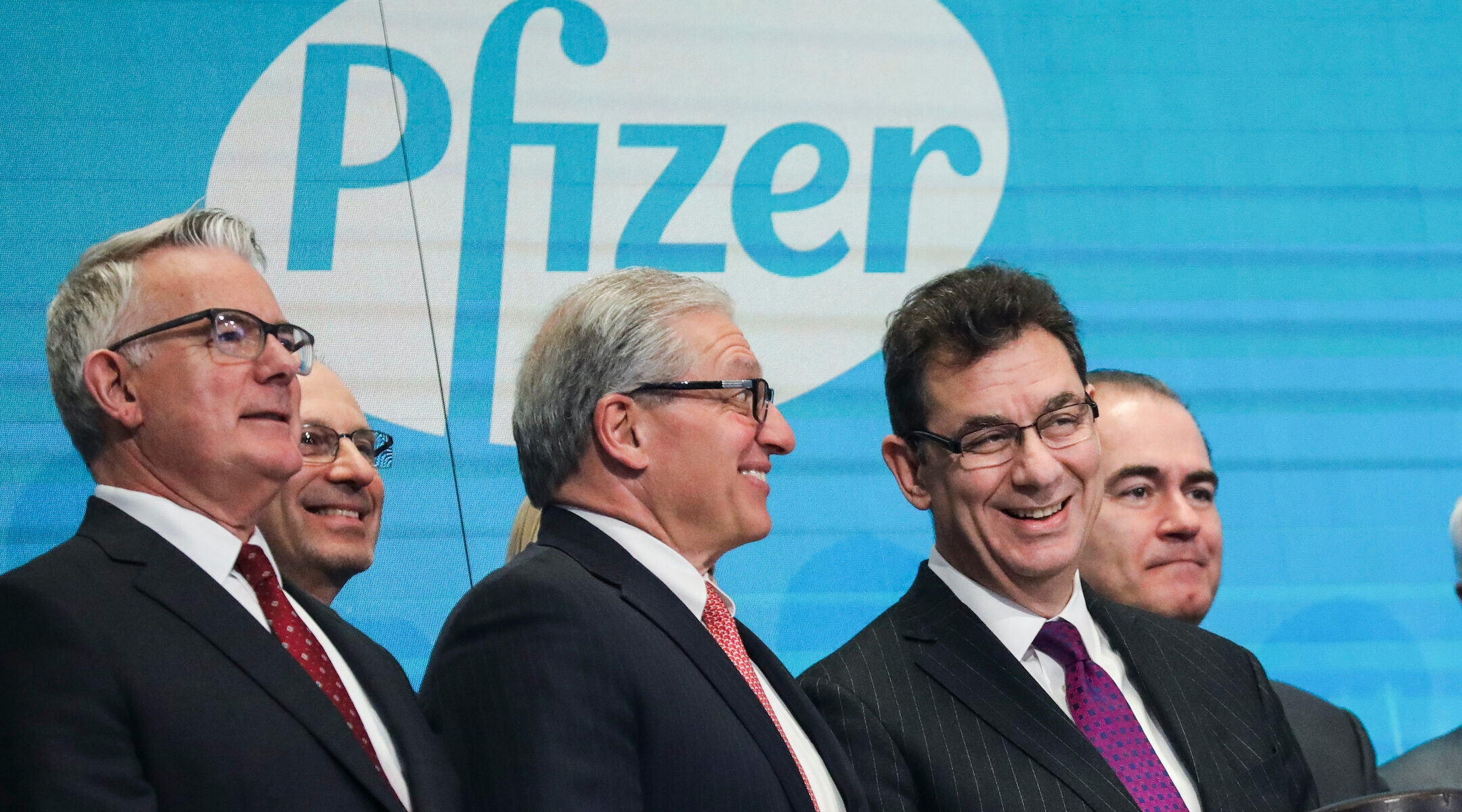 (JTA) — Israel’s government has signed an agreement with the Pfizer pharmaceutical company to acquire 8 million doses of its vaccine.

“This is a great day for the State of Israel and a great day on the way to our victory over the coronavirus,” Prime Minister Benjamin Netanyahu said in a statement Friday, adding that he is working “to ensure that we will receive the vaccine together with the leading countries around the world and that we will not get pushed back in line.”

The announcement came days after Netanyahu said in a video address that Israel would be able to sign a deal with Pfizer in part because the company’s CEO, Albert Bourla, told Netanyahu he is proud to be Jewish.

“Albert Bourla is very proud of his Greek heritage and of his Jewish heritage, from Thessaloniki,” Netanyahu said. “After this conversation, which was very productive and very practical, I’m convinced we will complete the contract with Pfizer.”

Pfizer announced on November 9 that late-stage trials of its vaccine were more than 90% effective. The pharmaceutical giant is now the leader among several companies working to develop a vaccine for COVID-19. Its vaccine still needs to be approved by the Food and Drug Administration, along with Israel’s equivalent agency.

After keeping its COVID-19 cases to a minimum this spring, Israel began experiencing record-high numbers of cases in the summer and fall. While the numbers have since gone down, Netanyahu’s government has been criticized for inconsistency in its lockdown policies, and for providing exceptions to Israel’s haredi Orthodox population, which has experienced particularly high case numbers.

“We must all continue to keep the directives and the rules until the arrival of the vaccines, and even afterwards,” Netanyahu said Friday. “If we continue to work together with the same caution, responsibility and unity, we will be among the first in the world to successfully exit the coronavirus crisis.”

Netanyahu said that the vaccine should begin arriving in the country in January.