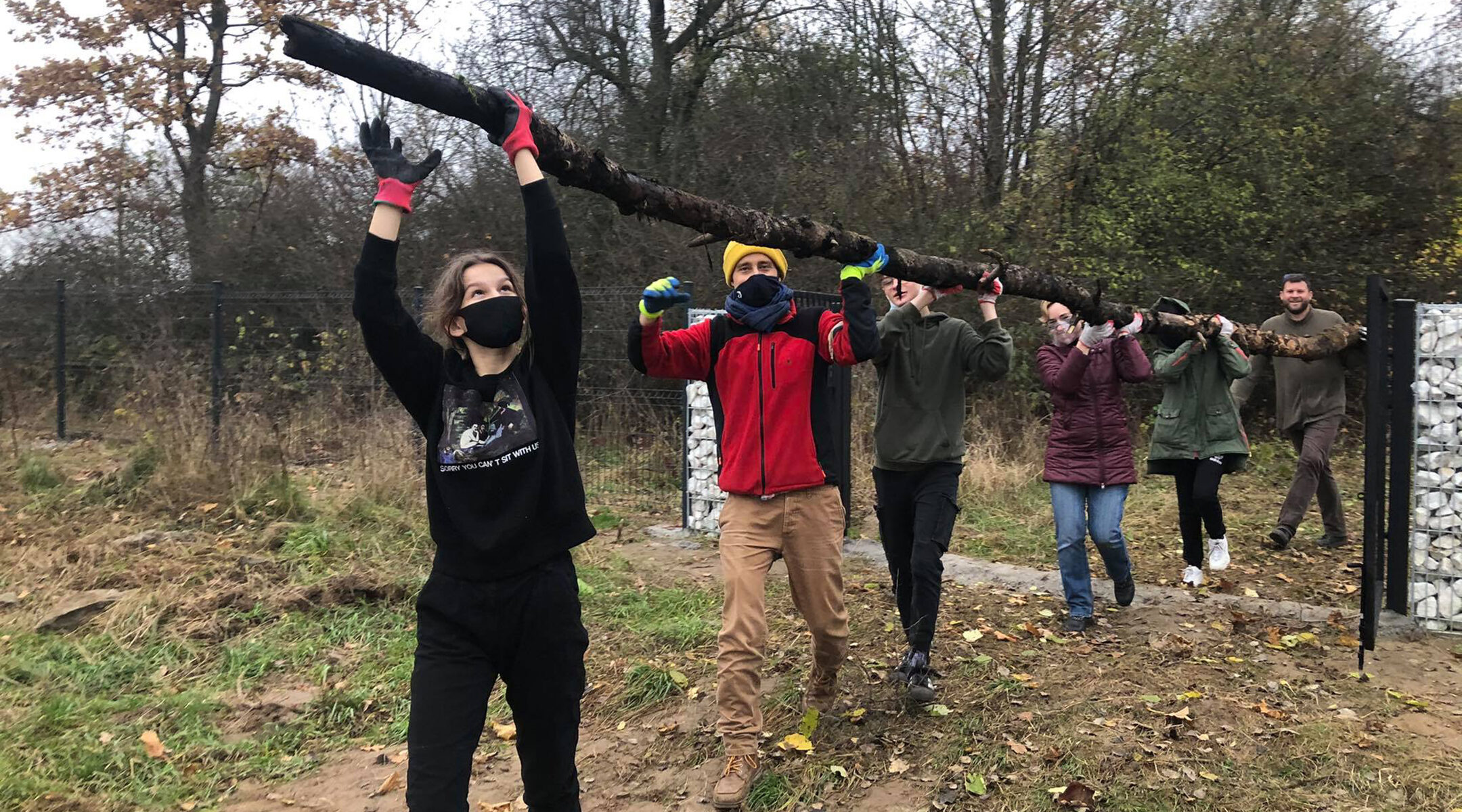 Members of the Wagabunda Scouts troop haul a fallen tree out of the the Jewish cemetery of Nowe Miasto, Poland, Nov. 11, 2020. (Julia Bandurska)
Advertisement

(JTA) — National Independence Day in Poland has served in recent years as a backdrop for anti-Semitic, xenophobic and violent incidents at nationalist rallies.

Last week, thousands in Warsaw flouted the coronavirus ban on public gatherings and clashed with police who tried to disperse them. The illegal procession on Independence Day, Nov. 11, included a banner that read “no to Jewish demands” — a reference to the efforts pushing Poland to pass legislation offering restitution for property that once belonged to Jews, mostly Holocaust victims.

Compared to previous years, that was relatively tame. In 2017, marchers shouted “White Europe, Europe must be white,” “Sieg Heil” and “Remove Jewry from power.”

But this year in Nowe Miasto, a village situated 35 miles northwest of Warsaw, about a dozen non-Jewish teenage members of the local branch of the International Scouts movement spent their Independence Day quite differently. They were cleaning up the local Jewish cemetery, beating back the overgrown vegetation from around the graveyard’s 10 surviving headstones.

At noon, the members of the Wagabunda 426th Scout team put down their shears and, outside the cemetery, they joined in the customary  singing of the Polish anthem, “Poland Is Not Yet Lost,” or “Mazurek Dąbrowskiego.”

The symbolism of that moment was not lost on Michał Laszczkowski, president of the Cultural Heritage Foundation, a nonprofit that organized the Wagabunda cleanup and dozens of others like it in recent years.

“Maybe it was symbolic, but that wasn’t the intention,” Laszczkowski, 38, told the Jewish Telegraphic Agency. “The fact that the cleanup fell on Independence Day was for practical reasons, not to make a statement.”

Lockdowns and school shutdowns in Poland forced the scouts to postpone plans to clean up the cemetery last month, said Laszczkowski, who contacted the Nowe Miasto Scouts at the suggestion of the Mayor’s Office.

“We needed to do it on a school holiday, so we chose Independence Day because most other events were canceled this year anyway,” he said.

“But looking at it now, yeah, I mean it’s symbolic” because “the people buried there are an important part of Poland’s identity that doesn’t always get the attention it perhaps should on Independence Day,” he said. 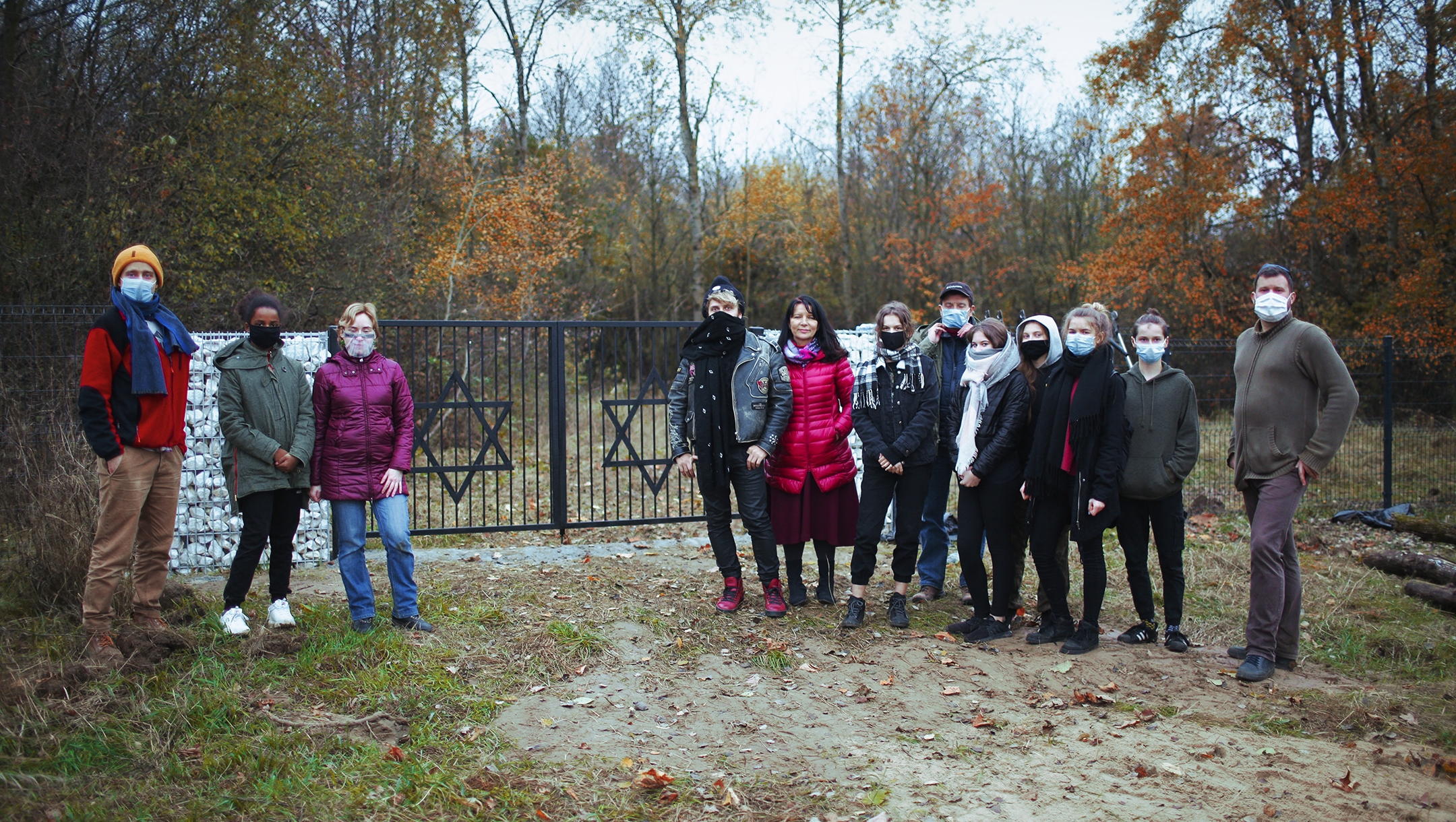 Before the Holocaust, Poland was home to 3.3 million Jews. The Nazis and their collaborators killed 3 million of them — about half the total number of Jews murdered in the Holocaust. They also killed about 3 million non-Jewish Poles. Few of the 300,000 Jews who survived the Holocaust in Poland remain there today, according to the London-based Institute for Jewish Policy Research. The country now has about 4,500 Jews.

The Cultural Heritage Foundation mostly focused at first on sites important to Polish people in neighboring countries, which have territories that used to be part of Poland or are still home to Poles today.

Then, in 2014, Laszczkowski toured the Okopowa Jewish cemetery in Warsaw. The 83-acre site has about 250,000 graves and is among Europe’s largest Jewish cemeteries. It’s also the final resting place of some of Poland’s best-known personalities, including Ludwik Zamenhof, the inventor of the Esperanto language, and Samuel Orgelbrand, who published Poland’s first encyclopedia in the 20th century.

At the time, Laszczkowski recalled, Okopowa “was a jungle, just a jungle.”

“Parts of it looked like a forest because the plants completely covered the headstones,” he said, adding that other headstones were buried in the ground that had accumulated from the leaves that fell off the many trees allowed to grow all over the cemetery (there are  about 7,000 trees now).

“I thought to myself: Why are we fixing Catholic churches in Ukraine but don’t do anything about one of the most important cemeteries in Poland?”

Laszczkowski teamed with the Foundation for the Preservation of Jewish Heritage in Poland and became a driving force behind the Polish government’s decision in 2017 to launch a $28 million investment fund with revenues devoted to restoring and maintaining the Warsaw cemetery.

“If you go now to Okopowa, it still kind of looks like a jungle,” Laszczkowski said. About 2,000 trees there still need to be felled because they are a hazard and large swaths of the cemetery are still covered. 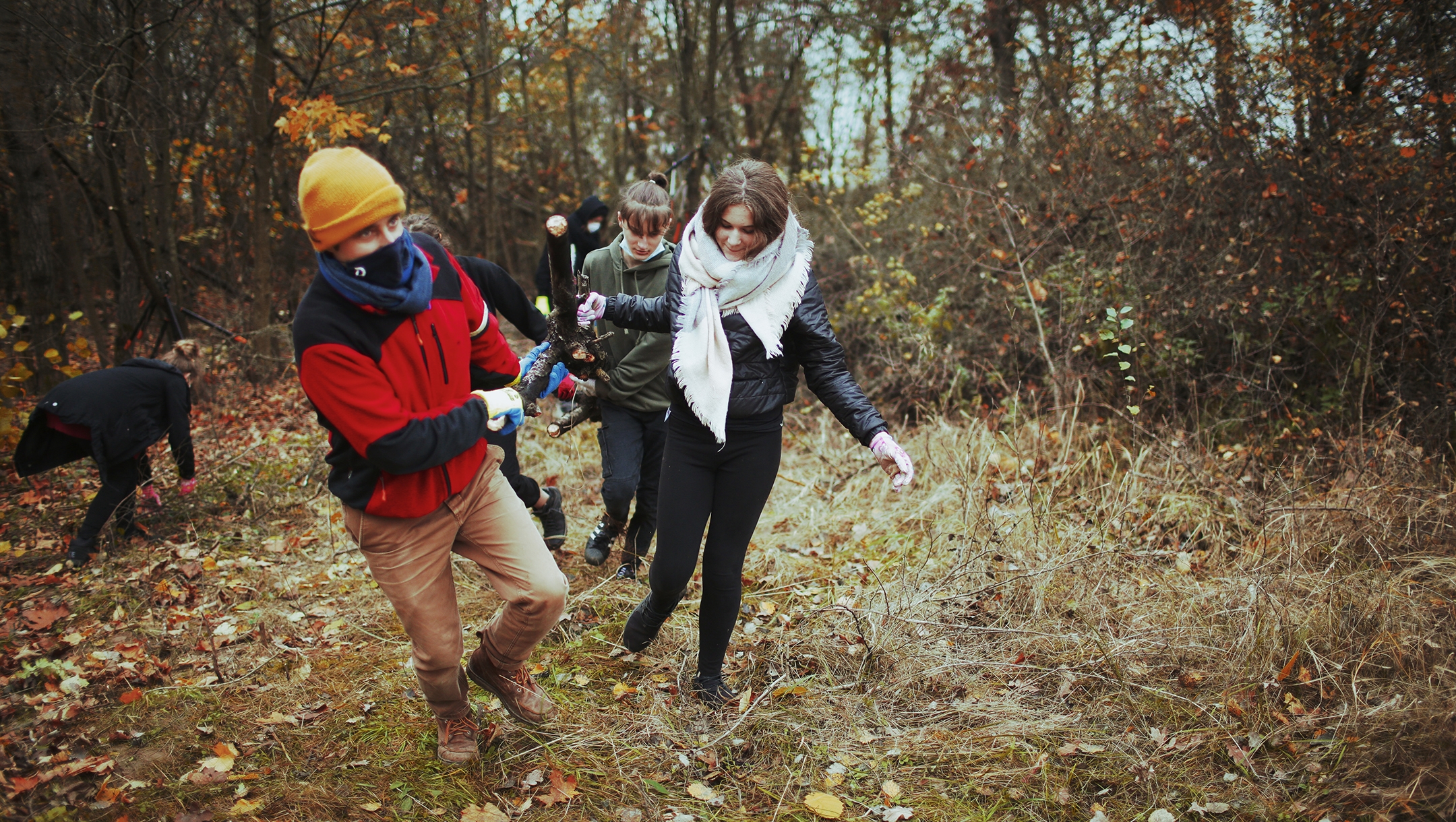 Okopowa is only the tip of the iceberg for the Cultural Heritage Foundation. Poland still has some 800 Jewish cemeteries among the approximate 1,200 that existed before the Holocaust. Laszczkowski’s foundation has matched 120 of the surviving cemeteries with entities he calls guardians – organizations, such as charities, associations or even schools that undertake maintenance and other duties connected to the cemetery.

“Being a guardian can be a complicated affair because Jewish cemeteries are owned by a host of entities ranging from Jewish communities to municipalities to the forestry service and even private landowners,” Laszczkowski said. “You have to coordinate any action with the owner.”

The response to the effort to maintain Jewish cemeteries has been widespread and touching, including by many young people “who’ve never seen a Jewish person in their lives but understand that Judaism has left a big mark on our society,” he said.

But the issue, and especially the Independence Day action, remains a sensitive subject in a country with a surging right wing and widespread popular resistance both to acknowledging the actions of (relatively few) Poles who collaborated with the Germans and resolving the outstanding issue of Jewish property.

The Independence Day event was intentionally kept low-profile, although some local media did cover it, Laszczkowski said.

“We didn’t send any information,” he added. “We informed only local media because, frankly speaking, Poland is a very complicated, divided country.