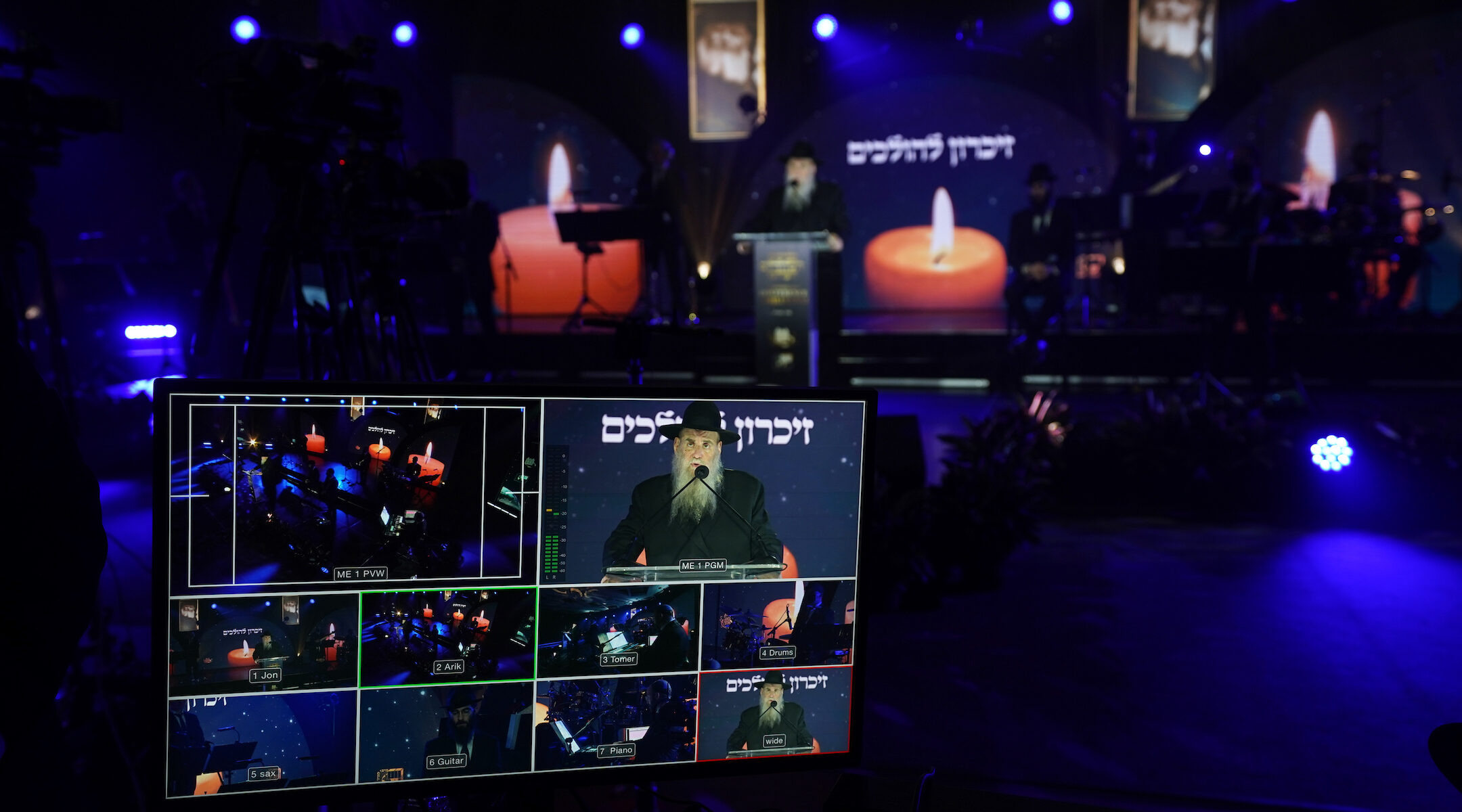 The closing event at Chabad's annual conference of worldwide emissaries was filmed in Crown Heights, Brooklyn, and streamed around the globe. (Bentzi Sasson/Chabad.org)
Advertisement

(JTA) — At the end of the annual conference of Chabad emissaries from around the world, they typically take a giant group photograph in front of the movement’s headquarters in Brooklyn’s Crown Heights.

But this year, no camera at the Kinus Hashluchim could capture the nearly 6,000 participants at once: They were on Zoom from their separate computers and time zones. The video version was a concession to the coronavirus pandemic that has disrupted the globe for nearly a year.

What’s more, the conference didn’t really end. Without planes to catch and families to head home to, the emissaries who assembled on Saturday night for a post-Shabbat party simply never signed off.

The conference began Thursday over Zoom and took a break over Shabbat before resuming Saturday night with a virtual melave malka, a post-Shabbat party, and farbrengen, a Hasidic gathering where stories and words of Torah are shared. The event was supposed to start in Melbourne, Australia, the first place in the world where Shabbat ends, and continue as Shabbat finished around the world, with the emissaries in Hawaii and Alaska the last to sign on.

All of that happened. But instead of ending the meeting when the main conference resumed on Sunday, Chabad rabbis logged in as they were able. On Tuesday night, at least 750 people were still logged on, according to Rabbi Motti Seligson, director of media relations for Chabad.org. Posts on social media suggested that number had actually risen on Wednesday afternoon.

“You have people who are connecting and inspiring one another in a way you would have thought would not be possible because they weren’t able to gather this year in person,” Seligson said. He noted that one rabbi in California who is unable to travel because of advanced ALS was able to participate this year.

The conference typically meets for four days in Brooklyn, where the Chabad emissaries, or schluchim, gather with friends from around the world and attend sessions on all aspects of their work on behalf of the Hasidic movement. This year’s forum included sessions on how to deal with Zoom fatigue and how to run a camp safely during the pandemic.

In a typical year, a massive banquet at the end would feature a roll call of every country where the Chabad movement has emissaries. At the Zoom gathering that replaced the banquet this year, the movement announced the founding of the first Chabad center in Lagos, Nigeria. It also celebrated approximately 100 Chabad couples being sent out as new emissaries, including Rabbi Levi Duchman, now the official emissary to the United Arab Emirates.

But it was the celebratory Zoom meeting that took on something of a life of its own. The singing and l’chaims may even continue until Shabbat, when the emissaries will log off, time zone by time zone.

“As long as there are people who want to listen and share and be inspired, it’s going strong,” Seligson said.