WATCH: How to make perfect latkes for Hanukkah 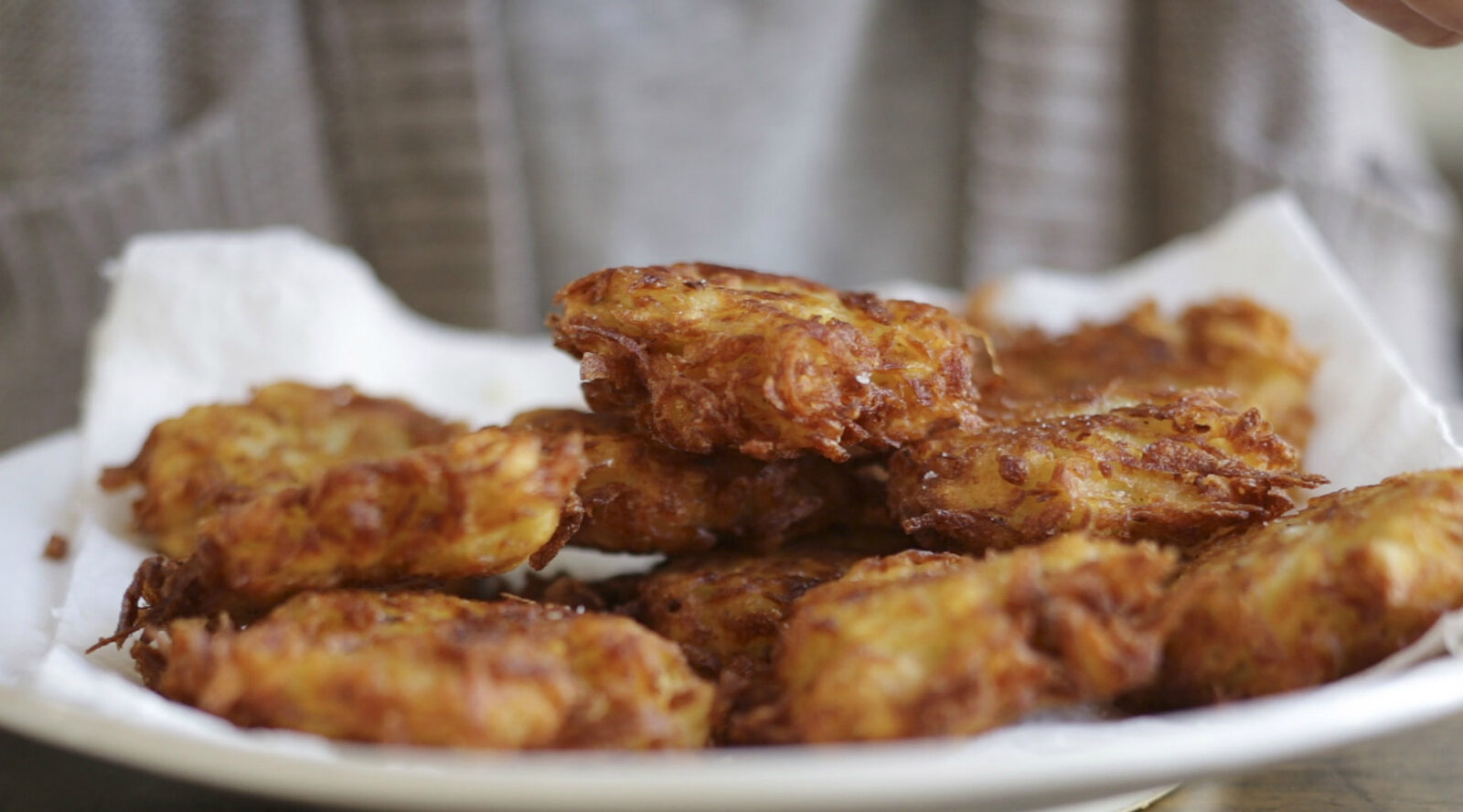 Making crispy potato latkes is a skill every Jewish cook wants to master. It’s not a big secret — it just requires a few easy steps to ensure crispy, golden latkes every time. And we’ve got a short video to show you exactly how:

We also love topping our latkes with an array of delicious choices, from sweet to savory and from ordinary to extraordinary: homemade applesauce, cream cheese and smoked salmon, pulled brisket Israeli salad or even pastrami and mustard.

So get frying and get creative with those toppings.

1) Grate potatoes coarsely or finely, according to your preference. Finely grate the onion.

2) Place grated potatoes and onion in a clean kitchen towel and squeeze tightly until all of the liquid is strained.

3) Place the strained potatoes and onion in a large bowl and add the eggs, breadcrumbs, salt and pepper.

4) Heat the 1-inch of oil in a large pan and drop 6 to 8 spoonfuls of mixture into hot oil. Using the back of a spoon, pat down each latke to flatten it. Put as many as you can in the skillet without crowding. Putting them too close together will make them soggy.

5) Fry 3 to 4 minutes on each side, until golden and crisp around the edges; repeat procedure until finished with all the batter.