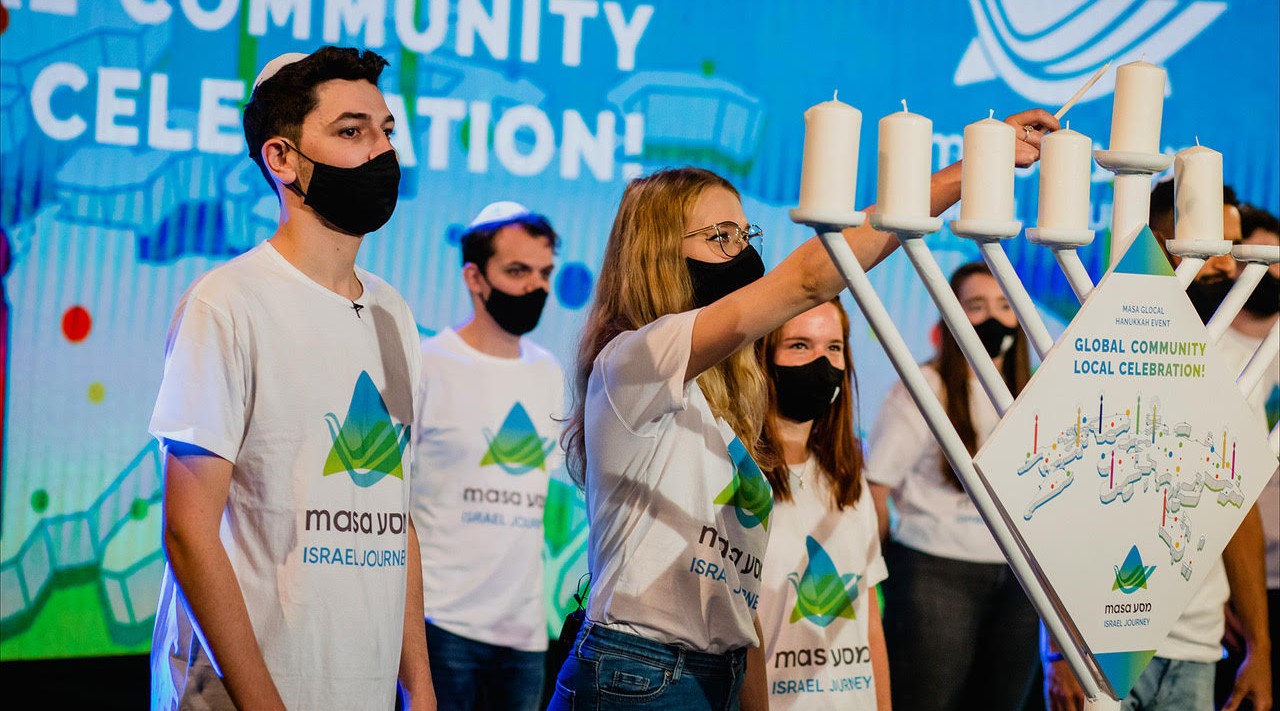 TEL AVIV — Growing up in Cutchogue, New York, Jovan Booker thought he was the only amputee in his small Long Island town.

Raised largely by his late father and grandmother, Booker also had no idea until he was 15 that he was Jewish — an identity later cemented during a trip to Israel and through time spent in Jerusalem.

Now a graduate student at New York’s Hofstra University and a basketball coach, Booker, 27, decided last year that he wanted to find a way to return to Israel. He soon secured a five-month internship through the Masa Career Israel program with a nonprofit group that uses basketball as a platform to bring together Jews and Arabs. The internship, which runs through January, combines his twin passions of sports and nonprofit work.

Booker, whose right leg was amputated below the knee at the age of 10 months, plays basketball, soccer and other sports with the aid of a custom carbon fiber socket tailored to his residual limb, or a hybrid high-activity foot.

“I was thinking I’d really love to go back to Israel in a way I could make a difference in people’s lives,” Booker said. “Coming back this time during a pandemic, I felt this was full circle. I feel this is where I was supposed to be to begin with.”

On Dec. 14, Booker was among several Masa Israel Journey volunteers who lit Hanukkah candles during a global event celebrating the thousands of Masa fellows on long-term programs in Israel.

Some 50,000 Jews from around the globe tuned in for the virtual international gathering, which was aimed at showcasing Jewish resilience and unity. Despite the pandemic, 7,500 fellows are currently in Israel on Masa-backed programs, and thousands more are expected to arrive in 2021.

The Glocal Hanukkah Event — a play on the words “local” and “global” — also featured a performance by the Israeli pop duo Static & Ben-El. It was preceded by a virtual networking happy hour for Masa fellows and alumni, as well as online gatherings at 50 community-building workshops around Israel.

Masa provides immersive, long-term educational experiences for adults aged 18-30. Since its founding in 2004 by the Jewish Agency and government of Israel, more than 160,000 young people from over 60 countries have come to Israel on Masa-backed programs for periods ranging from two months to a year.

This year, with the pandemic limiting international travel, Masa programs provide a rare way for Jews from disparate places around the world to connect in person. Masa aims to create opportunities for young Jews to come to Israel and grow as individuals and engaged members of the Jewish community. Rachella Ferst was another volunteer who lit the menorah at the Hanukkah event, which was broadcast from a Tel Aviv studio and streamed live via Facebook around the world.

Raised in Singapore, Ferst, 24, graduated last year from Mount Holyoke College in Massachusetts with a double major in psychology and education and a minor in Mandarin Chinese.

She now teaches English as a part of Masa Israel Teaching Fellows at a high school in the Arab-Jewish town of Ramle.

“I’ve always loved Israel. I’ve been here twice before and didn’t want to leave. I had such a connection with this country, it’s almost unexplainable,” said Ferst, whose mother is Singaporean and father is Israeli. “But with the coronavirus, I felt I wanted to come back despite the challenges. These students are more behind than ever, especially in peripheral areas, and they need personal attention.”

Although Ferst didn’t know much Hebrew when she arrived, her background in education and previous work in Southeast Asia — she volunteered at an orphanage in Cambodia for children with HIV-AIDS — prepared her well for Ramle, where her classes at Amal Aleph High School include Arab, Orthodox Jewish, Ethiopian and Russian teenagers. Ferst is one of 160 Masa Israel Teaching Fellows tutoring young Israelis in English.

“I assist and provide more one-on-one attention alongside a host teacher who is Israeli and speaks Hebrew,” Ferst explained. “We’re here to get the kids to practice their English more. With the language barrier, it does get challenging, but I’ve come to realize — more so than with other classroom settings — you have to be very patient with the students.”

This year, among other things, Masa fellows have put together more than 55,000 COVID-19 testing kits, and hundreds have volunteered in soup kitchens nationwide.

“Against all odds, Masa is stronger than ever,” Masa’s acting CEO, Ofer Gutman, said at the recent global event. “We face the post-pandemic future with hope.”

The chairman of the Jewish Agency, Isaac Herzog, and Israeli Prime Minister Benjamin Netanyahu also spoke at the event.

“This has been a challenging year for all of us, and I hope that on this Festival of Lights we’ll begin to see the light at the end of the tunnel,” Herzog said. “I want to salute and applaud each and every one of the Masa participants for choosing to come to Israel during this difficult period. This is a true expression of the value of ‘Kol Yisrael arevim zeh lazeh’ — all of Israel is responsible for one another.”

Netanyahu hailed Masa as “a terrific program,” saying “Masa gives thousands the chance to connect with the reality of Israeli society, to strengthen their Jewish identity, and to deepen their relationship with Israel and the Jewish people.”

This article was sponsored by and produced in partnership with Masa Israel Journey, a leader in immersive international experiences in Israel for adults ages 18-30. This article was produced by JTA’s native content team.