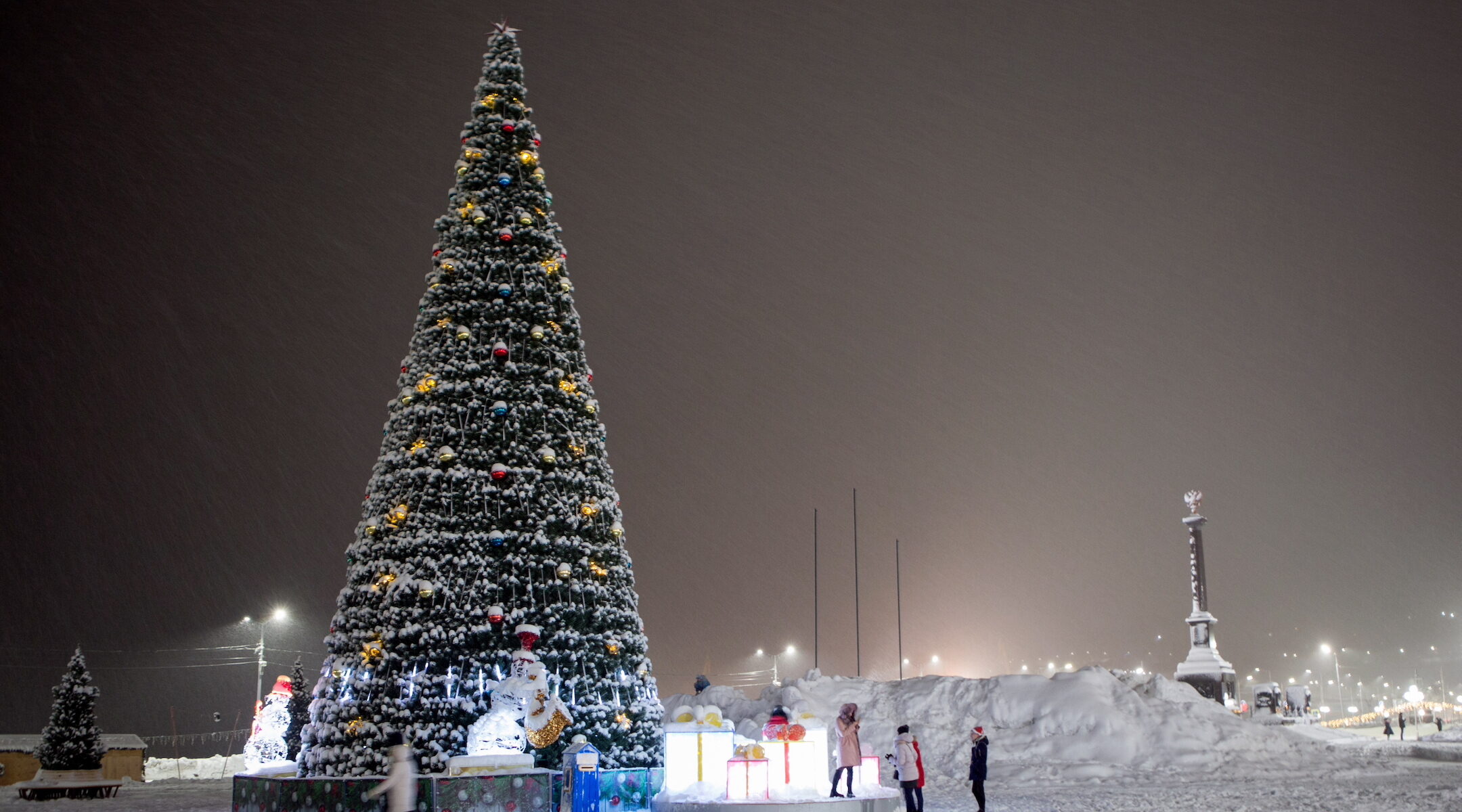 (JTA) — Growing up in metro Detroit, I used to watch my Jewish mother, who immigrated from Riga, Latvia, decorate a tree in our living room each December.

“But we’re Jewish, so why do we have a Christmas tree?” I recall thinking.

While I didn’t understand the tradition at first, I grew to understand it over time. It wasn’t about assimilation, and it wasn’t even a Christmas tree: It was a yolka, a secular symbol connected to Novy God, or the Russian New Year.

Across the former Soviet Union, Novy God was a spectacle that kicked into full swing at the start of December. Families served plates of mandarins and bowls of candy. Children sang songs and held hands and danced together in a circle to traditional music. Statues and ornaments of Snegurochka, a Russian snow maiden popular in fairy tales, and Ded Moroz, or Grandfather Frost, glittered in nearly every home.

Yet above all, the Novy God tradition was anchored by the mighty yolka, a lavishly decorated holiday tree, sometimes complete with a star on top, that was not Christian (nor Jewish). It symbolized the beginning of a fresh start for the people of the former Soviet Union, a celebration of health and happiness in the new year.

And while nearly 2 million Jews have migrated from the former Soviet Union, in many cases  fleeing religious persecution, many families continue the yolka tradition and are passing it down to their children. It’s a slice of the life they once knew that finds a home in their new lives, where religious freedom takes precedence.

The tree also gained added meaning for Soviet Jews in an era when they were not allowed to openly practice their religion. My father, who immigrated from Lviv, Ukraine, in the mid-’70s to the Detroit area, has told me countless stories of the struggles he faced as a Jew. He was denied access to college, called racial slurs at school and watched his father, my grandfather, smuggle home matzah for Passover in a pillowcase. 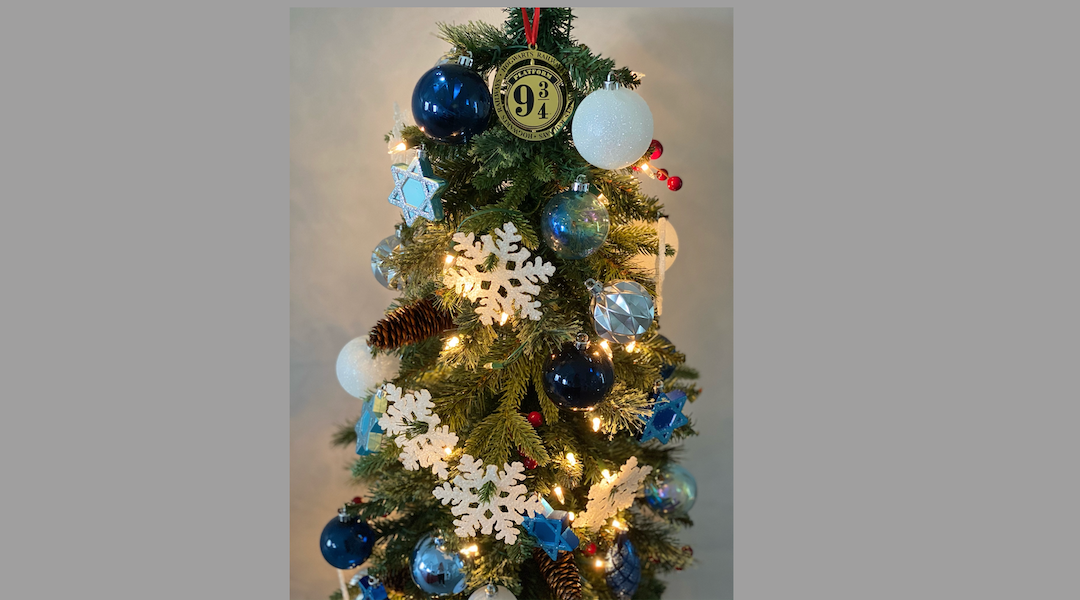 Ashley Zlatopolsky’s yolka tree has Stars of David and at least one Harry Potter reference. (Courtesy of Zlatopolsky)

It was an attitude that continued well past the second world war, and caused many Jews to leave behind the only homes they knew in order to have opportunities for higher education, career advancement and a sense of safety in who they were as a people.

Atheism was encouraged in the Soviet Union because practicing religion was considered to be “primitive, backward, reactionary and anti-Soviet,” said Zvi Gitelman, a University of Michigan professor who studies the ethnicity and politics of former Soviet countries.

The Christmas tree may have also been viewed by the Soviet regime as a symbol of class that only the aristocracy could afford, which went against the classless ideals that the government strived to install within its new society. After the explosive Russian Revolution in 1917, which brought down a 300-year dynasty, the Christmas tree was another relic of the past that had to go — or at least be reshaped to fit the new world that the Soviet regime aimed to build.

So the strictly secular tradition of the yolka tied to the Russian New Year took hold, and Jews openly embraced it. They were not allowed to celebrate Hanukkah, but they could celebrate Novy God.

“Everybody had a yolka,” recalled Lilly Pane, who now lives just outside of Philadelphia but grew up in the anti-Semitic atmosphere of Lviv in the 1960s and ’70s.

Pane remembers how her grandfather and a group of his friends went to a different house every night to pray during the Jewish High Holidays to avoid being caught by the authorities.

Living together with her parents, uncle and grandparents, decorating the New Year’s tree was a big, warm family affair.

“We used to bring tons and tons of handblown decorations,” she said. “Beautiful antique balls and icicles.”

Pane’s family even baked cookies to string up on the yolka, and she distinctly remembers the smell of the pine mixing with freshly baked goods.

Though some Soviet Jews who resettled in America faced confusion and identity conflicts as they entered a culture where the tree was connected with religion — specifically Christianity and not Judaism — many continued to decorate a yolka year after year, teaching their children and grandchildren about the longstanding Soviet tradition.

For Sabina Gorivodskiy, who emigrated from Kyiv, Ukraine, to the Detroit area in 1990, the yolka symbolized good food and good company. It was a tradition she learned from her grandparents that her family now continues nearly every year in the U.S. While she observes Hanukkah, she is not very observant. 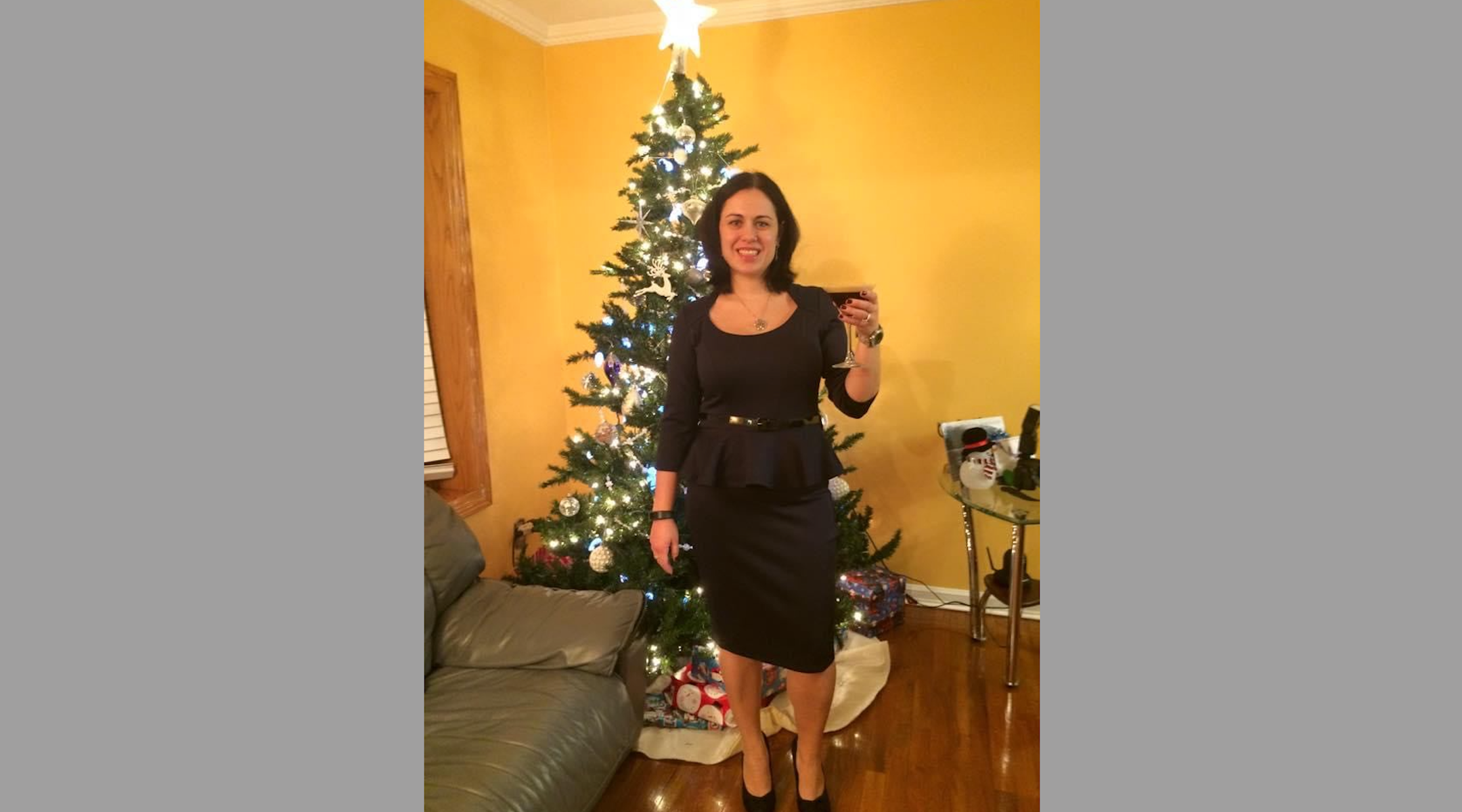 Sabina Gorivodskiy puts a star on top of hers. (Courtesy of Gorivodskiy)

“One of the things I love about it,” she said about the tree, “[is] that it’s not connected with religion.”

Gorivodskiy’s children, who were born in America, have grown to love and appreciate their annual yolka and Novy God celebrations. They dress up, take pictures with the tree and celebrate in a similar fashion that Soviet Jews have been practicing for decades, with lots of food and family.

“I respect and appreciate my religion,” Gorivodskiy said, “but I really love the New Year’s portion of it. The yolka is not religious and everyone can enjoy it.”

In my own home, as a first-generation American, I’ve incorporated the yolka tradition, too. While my tree is more Americanized to include elements of pop culture I’ve grown up with (see: Harry Potter ornaments), it pays tribute to the sacrifices my parents and other Soviet Jews have made on their journey to religious freedom.

The yolka is a symbol that connects the past with the future, reminding me every December — but especially this year during these challenging times — to celebrate life, family and good fortune. As I decorate it, I’m thankful for the light it brings.