Kathy Manning brought Jews together. Can she do the same for Congress? 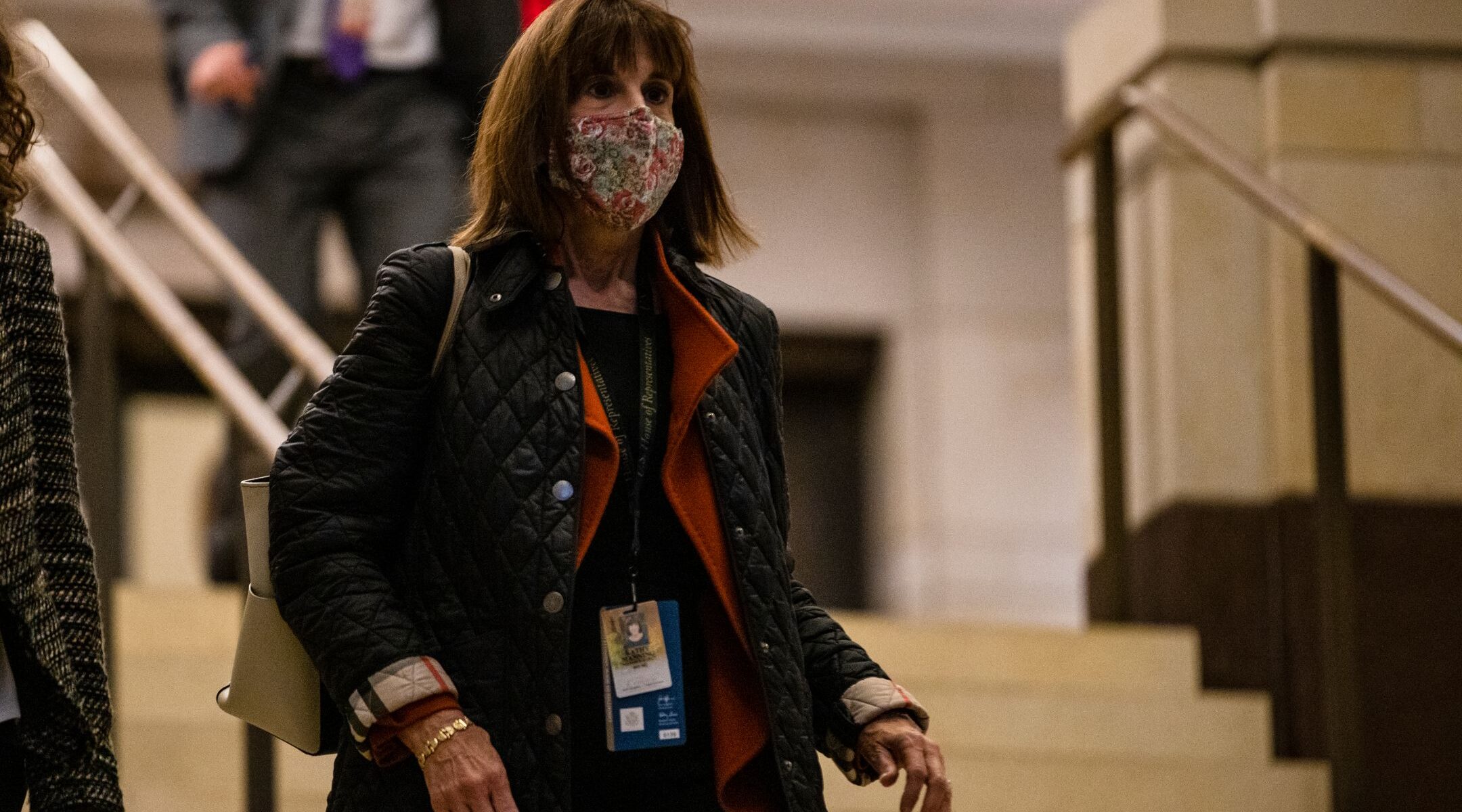 (JTA) — Kathy Manning’s goal during her years as a Jewish community leader was comity.

Now the North Carolina Democrat, who was sworn into Congress on Sunday, says she wants to bring the same spirit to Washington, D.C. But her first encounter as an elected lawmaker this fall illustrated the formidable barriers she will face.

During an in-person orientation for new representatives, she inadvertently introduced herself first to Lauren Boebert of Colorado and Marjorie Taylor Greene of Georgia, two Republicans who have expressed support for QAnon, the influential conspiracy theory laced with anti-Semitic tropes.

“That definitely put a damper on that first attempt at introducing myself,” Manning told the Jewish Telegraphic Agency.

As the first woman to chair the Jewish Federations of North America, from 2009 to 2012, Manning helmed an organization whose very mission is to get American Jews under a single roof. She founded another, Prizmah, with the same goal for Jewish day schools.

Asked about what her run-in with QAnon-supporting congresswomen says about the possibility of generating the same kind of comity in Congress, she laughed.

She said any hope she harbored for bipartisan togetherness was frustrated by the Republicans’ cavalier attitude toward the pandemic. That was on display during the orientation for new lawmakers, Manning recounted after she called into a Jewish Democratic Council of America Zoom conference on Nov. 13. She seemed disoriented and upset, and soon explained why.

The freshmen legislators are supposed to hang out with one another across party lines, including on buses that shuttle them around D.C. But that’s not what happened this year.

“I have just completed the first morning of my freshman orientation, and the day started off, we got on the bus, and despite clear instructions that masks have to be worn at all times, I looked at my campaign manager Haley [Barringer] after sitting on the bus and watching all of [the other passengers] shout across the aisle at each other without masks that we decided we were on the wrong bus,” Manning said on that call, Zooming in from outside the Capitol. “We got off the bus. We found the other bus — so much for bipartisanship — that bus had Democrats on it, who had masks on.”

Manning, 63, is a former immigration attorney whose passion for bringing folks together (and for puns) dates back to her years at Harvard  in the 1970s when she founded the university’s first all-woman a cappella group, the Radcliffe Pitches. Her congressional district includes Greensboro.

We spoke to Manning about whether she’s still hopeful about bipartisanship, what she hopes to get done in Congress and when she plans to take her first trip to Israel as a lawmaker.

“The very first day, I walked over to two women standing on the Republican side. I thought, well I’m just going to walk over and introduce myself, you know, perhaps we can find things we have in common. And the two women who I happen to walk up to were Marjorie Taylor Greene and Lauren Boebert. I started by asking where they were from, talking about you know what lovely areas there are” around the country. “I asked if they had children, I talked about my children. And then, one of the women said … I’m here to defend the Constitution. And I said well I think we’re all here to defend the Constitution. It became clear to me at that moment, we weren’t going to have a productive discussion on issues.”

“So, you know, it may be I just chose the wrong two women to introduce myself to,” Manning said. 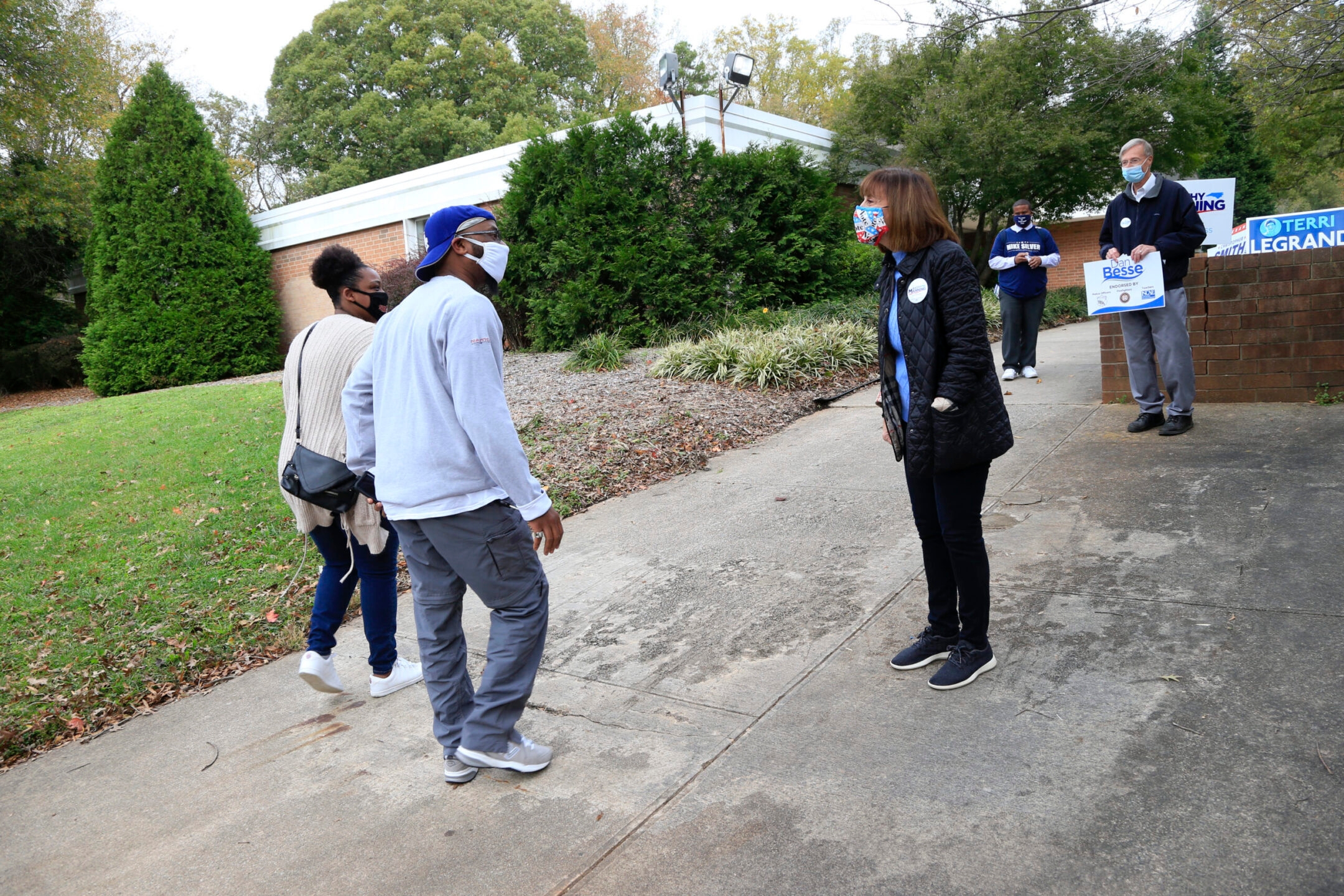 “My experience in working in the Jewish community, particularly in the federation system, was working with people from all across the country, really, and around the world, people who have different experiences, different backgrounds and, as we like to say, each of us had three opinions on every issue … We’re going to need to find the issues that are of enormous importance to the American people and figure out ways to reach agreement and move things forward on issues from health care to jobs to education to climate change, women’s reproductive rights, so many of these issues that are so important.

“We have Joe Biden in the White House. Speaking the way he does, showing the empathy that he is so good at displaying and working to bring people together, and he has lots of friends in the Senate because he was there for so long. And I think he will have an understanding of how to bring people together and try to get things done … Look, we will be dealing with some of the divides that [President Donald] Trump exacerbated for a long time, but I’m hoping with the right leadership, we can serve your country and bring people back together. It will not be easy, but I do think it’s possible.”

Her main issue is health care

Manning decided to run for office after a frightening and frustrating day working the phones to get her daughter coverage for treatment of a painful illness. She had the time and the knowledge to succeed, but she was concerned about others who might not.

“People who can’t take two days during the workweek to fight with their insurance company,” she said in 2018 ahead of her first unsuccessful run for Congress. “How about people who don’t know you keep fighting and they just give up and suffer?”

That’s still her top priority, she said, particularly because of the coronavirus pandemic.

“We’ve seen the disparate impact of COVID on people who did not have access to routine, good preventive health care and people who have comorbidities. Oftentimes that’s because they don’t have regular good health care. So health care is something that I think about all the time and of course, access to affordable prescription drugs. And those are issues that continue to be important and will be a focus on my time.”

She’s with Pelosi — and Israel

“I think she has done an extraordinary job under very, very difficult circumstances over the last few years,” she said. “In dealing with President Trump, she’s really been the grown-up in the room. She tried her best to keep things moving forward and I think she’s done a great job.”

Manning said she will take up the pro-Israel mantle and is not worried about the fact that Congress just got a third member, Missouri’s Cori Bush, who has expressed some degree of support for boycotting Israel. (The other two, Rashida Tlaib of Michigan and Ilhan Omar of Minnesota, were elected in 2018.)

“You mentioned, I think, three people. There are at least 220 Democrats who will be in that House. I think that there continues to be strong support of the U.S.-Israel relationship among Democrats in Congress, and I certainly hope to be one of the leaders in that effort,” Manning said.

“I’ve already had conversations with some of our other new Democratic members who are interested in learning more about Israel, who are interested in going to Israel to see it firsthand once we’re allowed to travel again … I think the most important thing we can do is make sure people have the facts, that they get the education, that they go to Israel and see it on the ground.”