‘I don’t recognize our country today’: Jewish lawmakers under siege in Congress give their accounts 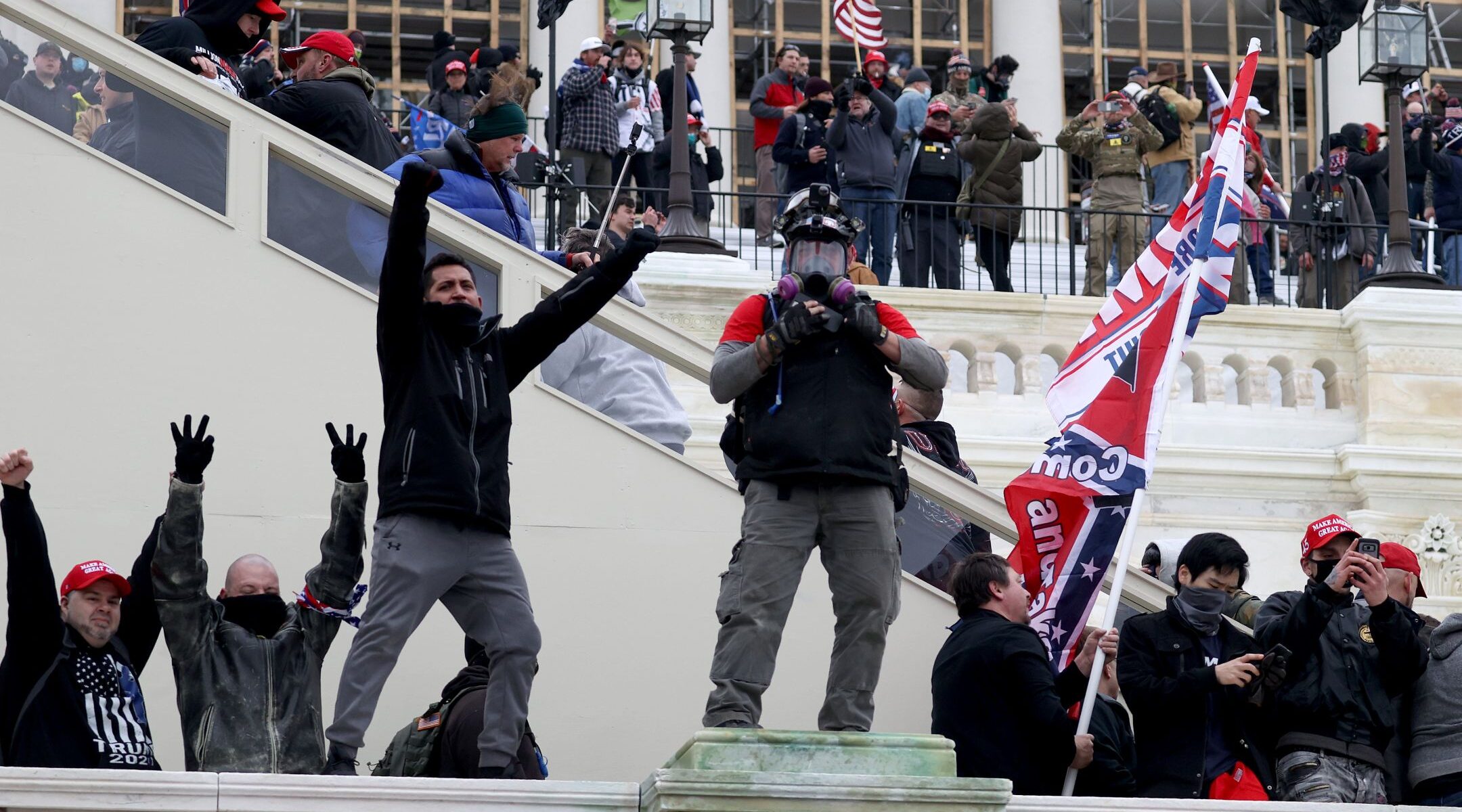 (JTA) — It’s been a day unlike any in modern American history: An armed mob broke through police into the U.S. Capitol building, vandalizing offices and taking over the dais on the Senate floor. Lawmakers have gone under lock and key. At least one person was shot and critically injured.

Capitol Police evacuated Congress members who were going through the ceremonial function of counting the electoral votes, which a group of Republicans, led by Sens. Josh Hawley and Ted Cruz, had sought to derail. President Donald Trump, still refusing to accept his loss, had urged protesters to march to the Capitol.

The new Congress has at least 33 Jewish members, in the House and Senate, among those who would have been present today. There are hundreds of Jewish staffers, too, although the pandemic has many working remotely.

Here are some snapshots of their experiences gathered from social media postings by Jewish lawmakers and in interviews with the Jewish Telegraphic Agency.

This article will be updated throughout the day.

“Just had to evacuate my office because of a bomb reported outside, while the President’s anarchists are trying to force their way into the Capitol,” Luria, a Virginia Democrat recently reelected to her sophomore term, tweeted. “I heard what sounds like multiple gunshots.”

Luria, like virtually every other lawmaker — a handful of leaders are the exception — are housed in buildings adjacent to the Capitol.

She is a retired Navy commander.

“I don’t recognize our country today and the members of Congress who have supported this anarchy do not deserve to represent their fellow Americans,” she said.

Two other Jewish Democratic sophomores from Michigan were taking shelter together.

“I am remaining safely in my office, as are my staff who were directed to stay home,” said Slotkin, a one-time CIA analyst. “Rep. Andy Levin is with me since his office building was evacuated.”

Levin, Michigan Jewish royalty whose father is retired longtime Rep. Sander Levin, posted video to social media to say he was safe, and smiled at first: He was still steeped in the good news for his party that Raphael Warnock and Jon Ossoff had won Senate races in Georgia, handing the Senate to Democratic control.

“The joy of that is washed to the side at the moment as we are going through an assault on our democracy right here in the Capitol complex,” he said. “The president of the United States has encouraged his supporters to overrun the U.S. Capitol.”

“I’ve never experienced anything like this here as a member of Congress,” he said.

Schiff, D-Calif., the chairman of the House Intelligence Committee who led impeachment hearings, and Manning, D-N.C., a past chairwoman of the Jewish Federations of North America, declined interviews for now. Both told JTA that they were safe.

Manning on Twitter later described “a frightening lockdown of the House Chamber, with a harrowing evacuation of members and staff that could easily have resulted in injury or death.”

“This attempted coup is an act of terrorism,” Manning said. “Those responsible must be held accountable.”

Jerry Nadler, D-N.Y., the chairman of the Judiciary Committee who was Schiff’s impeachment deputy, said on Twitter that he was safe and sheltering in place.

“Make no mistake: President Trump and his enablers are directly responsible for this violence,” he said.

Cicilline, D-R.I., had a similar message on Twitter, where he said he was safe.

“This is outrageous, and the president caused it,” he said. “We should impeach and convict him tomorrow.”

Jacky Rosen of Nevada said she was safe. “The violent attacks we are seeing on our democracy today are reprehensible,” the Democrat said on Twitter. “It’s time for us as a nation to come together and denounce hate and violence.

Brian Schatz, the Democratic senator from Hawaii, pledged to return to the business at hand — affirming Biden’s election. “We will perform our obligations as they are written in the Constitution,” he said on Twitter. “Authoritarianism will not win.”

Chuck Schumer, the New York Democrat who is set to become the majority leader in the Senate, chided Trump on Twitter. “It’s a little late for that. Don’t you think?” Schumer asked Trump on Twitter after the president called for peaceful behavior and praised the police on the same platform

Cardin, the Maryland Democrat who is one of the more soft-spoken members of the Senate was unusually brutal, quoting the same Trump tweet calling for peaceful protest. “Pouring the gasoline, lighting the match and then praising the firefighters,” Cardin said.

Zeldin of New York and Kustoff of Tennessee are the only two Jewish Republicans in the House. Before the insurrection, they had  — at the last minute — each expressed guarded support for the congressional challenge to the electoral vote.

Both said they were safe and called for calm. “This isn’t the America we love,” Zeldin said on Twitter. “We can debate & disagree, even on Jan 6th after a Presidential election, but in our republic we elect people to voice our objections in the Capitol on this day.”

Kustoff and Steve Cohen, a Democrat, share the distinction of being Jewish members whose neighboring districts encompass an entire city, Memphis, with a tiny Jewish community. Cohen’s half of the city is predominantly Black. He did not hold back his anger on Twitter at what he perceived was the police’s restrained treatment of the insurrectionists.

Wild, a Pennsylvania Democrat, was seen in a dramatic Getty photo, lying, panicked on the House floor as Jason Crow, a Colorado Democrat reached out and calmed her.

“Harrowing day, but I’m still here,’ Wild said on Twitter after hearing concerns from constituents. “We will certify this election. We will fulfill our duty to this country. We will not be intimidated by the actions of these terrorists.”

The Vermont Independent who ran for the Democratic presidential nomination in 2016 and 2020, becoming the first Jewish candidate to win major-party nominating contests, was ready to render his historical judgment of the Trump presidency. “The man directly responsible for the chaos of today is Donald Trump, who has made it clear that he will do anything to remain in power – including insurrection and inciting violence,” Sanders said. “Trump will go down in history as the worst and most dangerous president in history.”