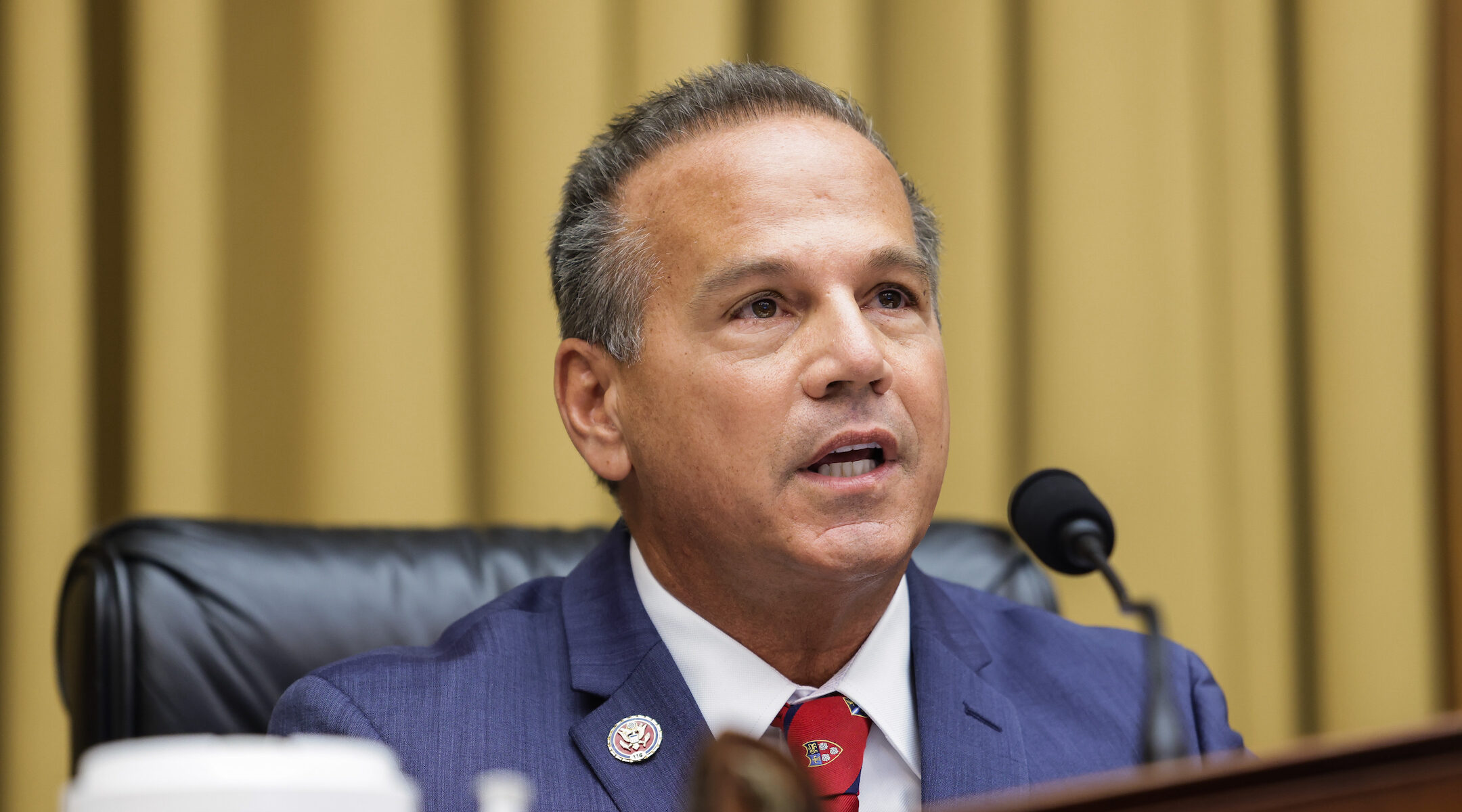 (JTA) — The House of Representatives began its impeachment debate on Wednesday — the second of Donald Trump’s presidency. Rep. David Cicilline, a Jewish Democrat from Rhode Island, helped lead the charge and formally submitted the impeachment resolution to Congress.

Cicilline also co-sponsored the document with Reps. Ted Lieu of California and Jamie Raskin of Maryland, a fellow Jewish representative. In a New York Times op-ed, Cicilline outlined the Democrats’ reasons for pursuing impeachment. Additionally, along with his co-sponsors, the New Englander will be one of nine managers of the impeachment process named by House Speaker Nancy Pelosi.

It’s a pivotal moment in the spotlight for the former Providence mayor, who has represented the state in Congress since 2011. Here’s what you need to know about Cicilline and his quietly pioneering career.

Cicilline, born to an Italian father and Jewish mother, grew up in Providence, where his father was a prominent attorney. Jack Ciciline was an aide to Mayor Joseph Doorley Jr., but also helped defend members of the local mafia.

“We have a system of justice predicated on certain constitutional rights, which make this country different from every country in the world,” the younger Cicilline told the alumni magazine of his alma mater, Brown University, in 2002.

He then replaced a disgraced mayor.

After becoming a lawyer and spending time working for the public defender’s office in Washington, D.C., and as a member of the Rhode Island House of Representatives, Cicilline challenged the notorious figure Vincent “Buddy” Cianci in the 2002 Providence mayor’s race. Cianci was known for his two mayoral stints, which each ended in scandal: In 1984, he pleaded “no contest” to being involved in the assault of a man he believed was having an affair with his wife, and in 2001 he was indicted on a slew of corruption charges in an FBI investigation called Operation Plunder Dome.

Cicilline, then 41, defeated Republican Joseph Paulino, Jr., who replaced Cianci in the race after his downfall, in a November 2002 landslide.

He was the first openly gay mayor of a state capital city.

Cicilline publicly came out in 1999 while a member of the state’s House. He was the only gay mayor of a capital city in the U.S., according to The Advocate.

He said he ran for mayor “as a candidate who happens to be gay rather than a gay candidate.”

“During my campaign the gay issue was irrelevant,” Cicilline told The Advocate in December 2002.

Cicilline adopted the religion of his mother, Sabra, even as his brother embraced the Catholicism of their father. (Sabra’s confirmation announcement appeared in the Rhode Island Jewish Herald in 1955.)

Cicilline calls himself a “practicing Jew” and noted in 2017 that he celebrates Jewish holidays, such as Rosh Hashanah, with family and friends. He also has done events with the Reform Providence congregation Temple Beth-El.

Cicilline has represented his state’s 1st Congressional District since winning a tight race against a Republican in 2010. He has been touted by insiders and colleagues as a rising star and earned spots on two prestigious House committees, Judiciary and Foreign Affairs. He is also vice-chair of the Congressional Progressive Caucus and co-chair of the LGBT Equality Caucus.

But in 2017, Cicilline became the top Democrat on the Judiciary’s antitrust subcommittee and has helped bring issues of corporate oversight back into the public spotlight, thanks in large part to a watershed investigation launched in 2019 into whether tech giants such as Google and Facebook have unfairly stifled competition. Many of those companies, specifically the social media ones, are back in the news this week for banning Trump and thousands of his supporters for fomenting violence. Expect Cicilline to be on the front lines of these issues as they continue to heat up.

He is a Biden-style centrist pro-Israel Democrat.

The page of Cicilline’s website about the U.S.-Israel relationship reads like a piece out of the official Democratic platform. There is support for a “robust relationship with Israel,” for Israel’s right to defend itself in a hostile region, for a nuclear deal that curbs Iran’s powers and for a two-state solution. Notably, Cicilline says he believes Jerusalem to be Israel’s capital but believes President Donald Trump’s decision to move the U.S. Embassy to Jerusalem from Tel Aviv absent a full Israeli-Palestinian peace agreement was “ultimately detrimental to the achievement of lasting peace.”

He thinks both Ilhan Omar and Trump have used anti-Semitic tropes.

Here’s Cicilline reacting in The Times of Israel to the controversy that swirled around Rep. Ilhan Omar, who was widely criticized for the way she called out the AIPAC Israel lobby: “I think Ilhan Omar has strong disagreements with Israeli policy, which she’s entitled to have and share, but I think to the extent that she uses language, whether intended or not, that is heard by people as anti-Semitic, that’s a problem. And I think she recognizes that.”

On the flipside, he told The Times of Israel that he believes Trump has explicitly used anti-Semitic tropes.

“This is a president whose campaign sent out an image with a depiction of money falling from the skies with the Star of David and Hillary Clinton’s picture, who went before Jewish audiences and said, “You guys don’t like me cause I don’t want your money, you’re good dealmakers,” playing into all these anti-Semitic tropes. The president has said racist, homophobic, anti-Semitic things,” he said.

He reacted quickly to the Capitol insurrection.

It didn’t take long for Cicilline to draft a response to the Jan. 6 violence — he helped draft the articles of impeachment while in lockdown, as the rioters raged through the Capitol building, and he and his co-sponsors formally introduced their impeachment resolution on Monday, five days after the chaos.

It argues that Trump committed “high crimes and misdemeanors” and cites the address that Trump gave to supporters outside the Capitol on Jan. 6. According to the resolution, the president “willfully made statements that, in context, encouraged — and foreseeably resulted in — lawless action at the Capitol, such as: ‘if you don’t fight like hell you’re not going to have a county anymore.'” It also cites Trump’s Jan. 2 call to Brad Raffensperger in which he urged the Georgia secretary of state to help overturn the November presidential election results.

“We cannot let this go unanswered,” Cicilline wrote in The Times. “With each day, Mr. Trump grows more and more desperate. We should not allow him to menace the security of our country for a second longer.”

The House is expected to follow through with the impeachment on Wednesday.

He has received threats in response to his call for impeachment.

The day after the Capitol rioting, Cicilline reported already having a deluge of threatening phone calls to his office. He shared some of the details of those calls with the Boston Globe.

“They want to make you afraid to do the things you know are right,” Cicilline said on MSNBC. “We can’t allow that to happen. It doesn’t change in any way the work that I’m doing and the efforts that are currently underway, and it won’t for any of my colleagues.”