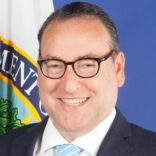 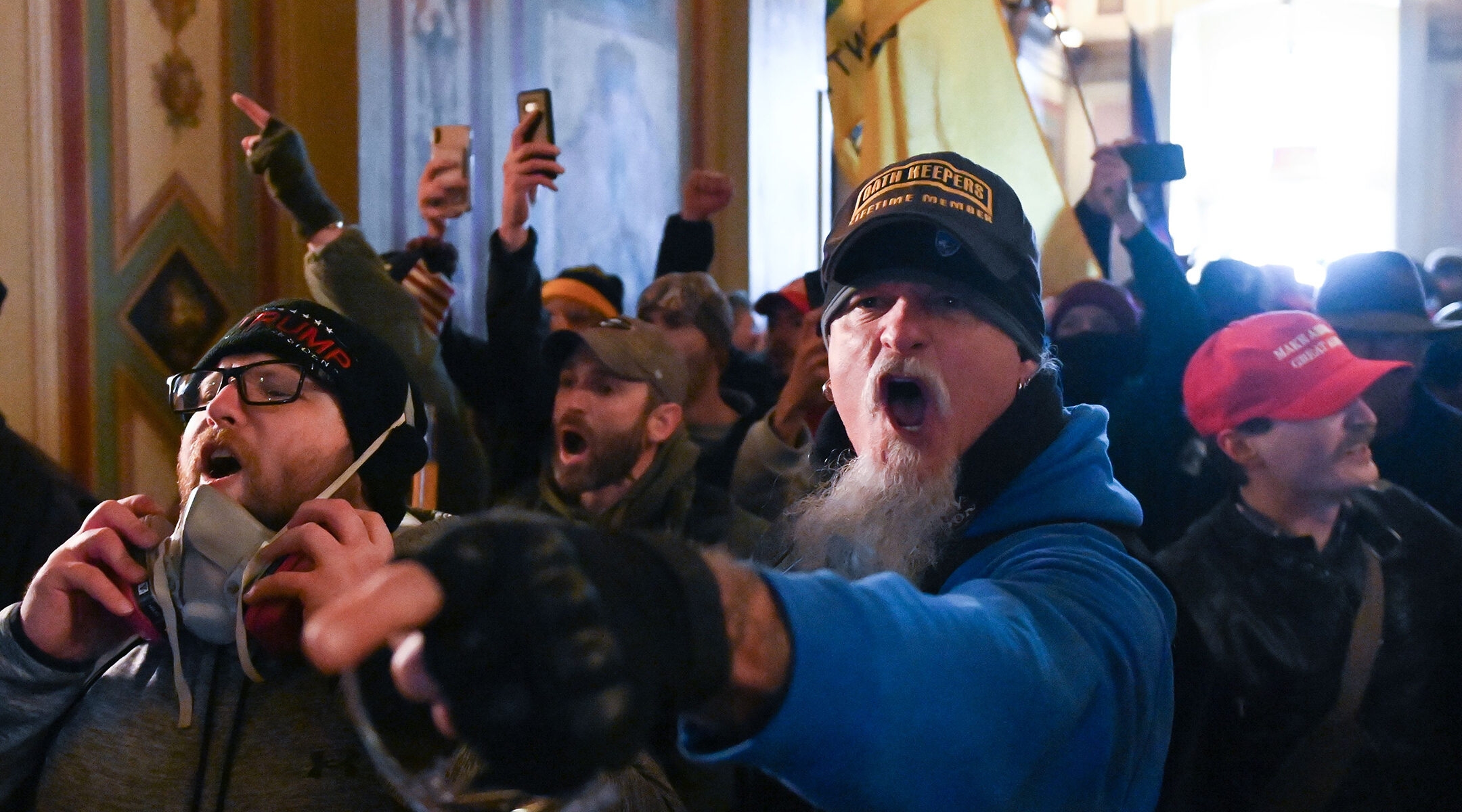 A scene from the Capitol rioting, Jan. 6, 2021. (Roberto Schmidt/AFP via Getty Images)
Advertisement

(JTA) — The Capitol riot should be a wake-up call for those who did not hear the alarm four years ago at Charlottesville. The riot wasn’t just an assault on the seat of America’s government, although it is surely that, but also a development that if not forcefully addressed may endanger Americans throughout the 50 states.

It is now increasingly clear that many in the riot aimed to undermine American democracy. When the dust clears, President-elect Joe Biden and Congress must also address the threat to all of us: The rioters clearly signaled that they mean to harm not only elected officials but ordinary Americans.

A proper response must protect all of the groups to whom the rioters intend harm. Many rioters were motivated by racial hatred and anti-Semitic beliefs. Several displayed known symbols of hate: Confederate flags, signaling anti-Black racism, or the white nationalist “Kekistan” flag, or a Three Percenters flag, reflecting hatred of Muslims and immigrants. One rioter even wore a “Camp Auschwitz” shirt.

The Capitol riot, however, was just the tip of the iceberg. The latest FBI hate crimes report, issued in November, shows that hate crimes in 2019 surged to their highest level in a decade. The report documents 7,314 hate crimes committed in a single year, including a record number of hate murders. These figures are simply too high. So what do we do about it?

Some are now arguing for hate speech laws, but this would actually undermine our work. Richard Stengel, the transition team leader for the U.S. Agency for Global Media, has urged new legislation to curb Quran burning and misinformation about Russian election interference. Such speech laws raise multiple dangers, including political bias, governmental favoritism and outright censorship.

Some progressives may relish the idea of suppressing right-wing hate speech. But they should consider that future conservative governments, given the same weapons, may restrict progressive speech. Consider, for example, Poland’s use of hate-speech laws to persecute LGBTQ activists who criticize the Catholic Church.

Instead, begin by beefing up police departments. Calls to “defund the police,” proliferating in the light of the Black Lives Matter movement, can undermine efforts to protect minority civil rights. Basic law enforcement is needed to protect all populations, including the most vulnerable, from physical violence. The funds need not go to exotic initiatives. What is needed is basic law enforcement.

A recent report from the U.S. Commission on Civil Rights, which I directed over a decade ago, urged funding police departments to improve data reporting on hate crimes. Conservative commissioners dissented from the report, observing that it overemphasized right-wing crimes.

The dissenters are correct to insist on evenhandedness in a field that is too often politicized. At the same time, in order to adequately respond to hate crimes committed in this country, we have to understand where, why and how often they are happening.

Improved reporting is also needed at colleges and universities. Swastika vandalism, for example, has been underreported based on dubious guidance from federal bureaucrats. The Department of Education recently rescinded that guidance, but still permits colleges to rely on it.

If left unchecked, this type of hate can also fester within American higher education. A comprehensive response must address places at which young Americans are radicalized. This includes not only right-wing white supremacist organizations, but also left-wing university activities that promote violence.

Consider, for example, that convicted hijacker Leila Khaled, a leader in the designated-terrorist organization Popular Front for the Liberation of Palestine, was just this year invited to speak at San Francisco State University, New York University and the University of Hawaii at Manoa (remotely). Khaled’s events were canceled only when Zoom refused to cooperate, understanding that allowing the events to be hosted on its platform could violate anti-terrorism laws.

At Northeastern University, Students for Justice in Palestine announced an event to study the PFLP’s “strategies and theory.” At this event, students expected to learn how to conduct “armed struggle taking the form of guerrilla warfare at first and developing in the direction of the protracted people’s liberation war” against their “enemies.” Their enemies include the “world Zionist movement,” as well as Israel, Arab moderates and “world imperialism” (read: the United States and its European allies). In other words, they would learn that the proper response to political disagreement is not civil dialogue but “armed struggle.”

What America needs, in the wake of the Capitol riot, is not for political dissidents — whether they come from the left or the right — to preach armed violence.

We should not pretend that such adulation of terrorism has no impact on real life any more than we can pretend that online white supremacy groups are harmless. At the University of Illinois, mandatory diversity training last year included praise for the terrorist Khaled. It is unlikely a coincidence that this campus has also experienced an uptick in anti-Semitic incidents. It was announced recently that the U.S. Department of Education’s Office for Civil Rights will investigate the university based on an anti-Semitism complaint backed by the Louis D. Brandeis Center for Human Rights, the organization that I founded and now run. The university has pledged to address the problem. Time will tell whether it delivers.

Back in April, on the campaign trail, Biden marked the one-year anniversary of the deadly shooting at a synagogue in Poway, Calif. with a commitment and plan to combat hate crimes. If the president-elect is serious about this commitment, his new attorney general cannot permit hate and terrorist activity to fester. After the Capitol riot, this must be priority No. 1.

Kenneth L. Marcus
is a former Assistant U.S. Secretary of Education for Civil Rights and author of The Definition of Anti-Semitism. He is founder and chair of the Louis D. Brandeis Center for Human Rights Under Law.
The views and opinions expressed in this article are those of the author and do not necessarily reflect the views of JTA or its parent company, 70 Faces Media.