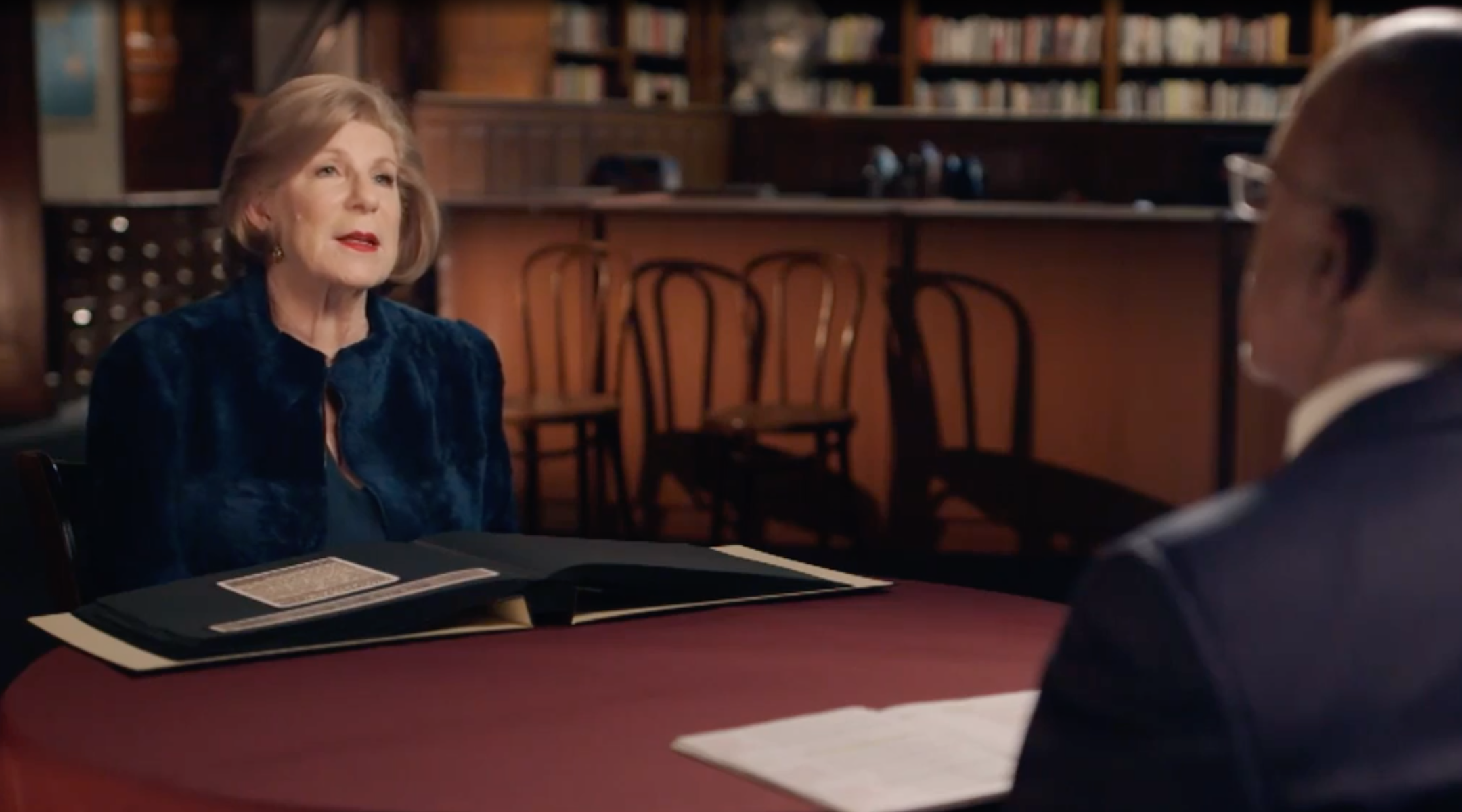 Nina Totenberg in an episode of PBS' "Finding Your Roots." (Screen shot)
Advertisement

(JTA) — In this Tuesday’s episode of the celebrity genealogy show “Finding Your Roots,” pioneering journalist Nina Totenberg and TV personality Andy Cohen learn about the deep Jewish roots of their family trees.

In this exclusive clip from Totenberg’s segment, she reacts to learning how one of her grandmothers escaped to the United States during the Holocaust by way of Portugal with the help of a sympathetic official.

Totenberg, a longtime NPR correspondent, is the daughter of famed violinist Roman Totenberg. The episode, titled “Against All Odds,” tells the story of how Roman tried to help his family members escape Europe after immigrating to the U.S. in 1938 through a visa program for artists.

Not all of his attempts were successful, and Totenberg reveals that her father would not talk about his history to the family, fearing it would prove too painful. Totenberg, following in his footsteps, says she has never been to the Holocaust museum in Washington, D.C., for the same reason.

Cohen’s story involves two men on opposite sides of his family tree who were both named Louis. They left their lives in the Pale of Settlement for America, where they sold wares in different stores.

One of them, Louis Cohen, was involved in a legal case that reached the U.S. Supreme Court. During World War I, he was charged with selling wholesale sugar at a price that did not conform to wartime levels, which were set by the government to buoy the economy. Cohen was acquitted by the high court, which declared that the law was unconstitutional.

Both Totenberg and Cohen also get results of DNA tests showing them to be “100% Ashkenazi Jewish.”

Cohen, it turns out, is distantly related to another famous guest once featured on the show, though PBS won’t let us reveal who it is until after the episode airs.

The “Against All Odds” episode of “Finding Your Roots” airs on PBS on Tuesday at 8 p.m. ET.